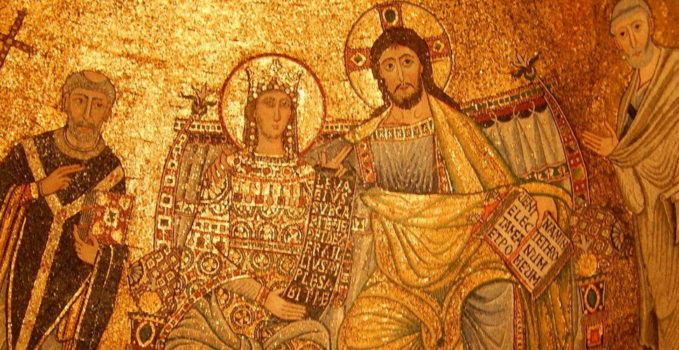 On 6 December, Germany’s “friends of Belmonte” travelled overnight by bus, through St. Gotthard Pass towards Rome, and arrived at Belmonte in the morning.  Fr. Daniel Lozano, the Belmonte rector, welcomed them and Fr. Georg Egle, in his homily, spoke about the Salve Regina and their pilgrimage to Rome, which this year would take them through different images of the Blessed Mother in the Eternal City.  After settling in at the TRAI NOI hotel, they visited St Peter’s Basilica, where they admired Michelangelo’s world-famous Pieta and the first image of Mary in St. Peter’s Basilica. Later, they were scheduled to attend the vigil for St. Nicholas with Deacon Stadtfeld, at the end of which Fr. Armin Noppenberg surprised them by dressing up as St. Nicholas, recited some poetry and handed out small gifts.

The following morning was dedicated to the meeting with Pope Francis in the Audience Hall, where the Holy Father was welcomed with exuberant joy by all, not just the indigenous Mexican people who were there.  In his address, the Pope spoke about the quality of Christian hope which, for him, goes beyond all optimism.

It was a great joy for the German pilgrims when, at the end, the Pope greeted the members and friends of the Schoenstatt Movement.

With joy, I greet the brothers from the German-speaking countries, especially the members and friends of the Schoenstatt Movement, pilgrims from Algund and Bozen.  Let us help one another to live in Christian hope, particularly in this time of preparation for the celebration of the birth of Our Lord.  May God bless you and your families.

At the end of the audience, Mons. Peter Wolf had the opportunity to greet the Holy Father in the name of the Schoenstatt pilgrims and give him the Spanish translation of a collection of texts by Fr. Kentenich on mercy, made for the Year of Mercy, which the Holy Father gave his thanks. 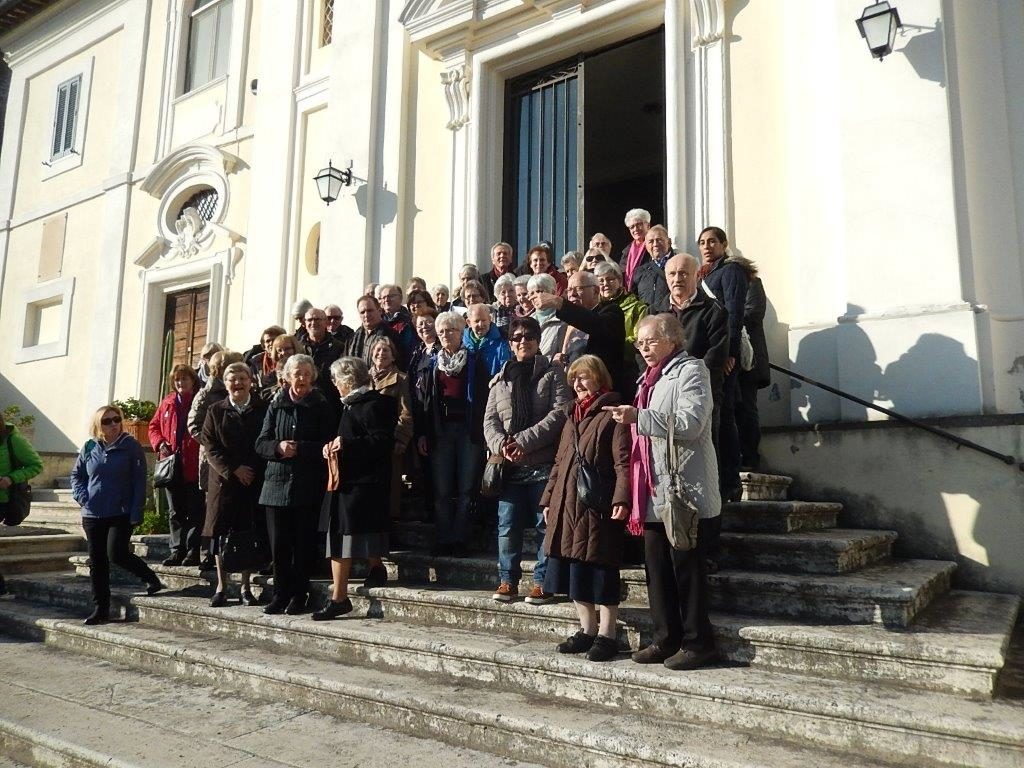 Feast of the Immaculate Conception in Rome

That afternoon the pilgrims, guided by Mons. Wolf, visited the famous Santa Maria Basilicas – both in Cosmedin and Aracoeli, where they celebrated Mass. Both places have had an age-long attachment to the Mother of Jesus and contains valuable testimonials of her veneration.

The third day of the pilgrimage was the Feast of the Immaculate Conception, which even today is a great celebration in Rome. The program included an obligatory visit to the oldest image of the Blessed Mother in the Eternal City, which is cared for by the contemplative Dominican Friars who live on Mount Mario.  This ancient image from the east impressed the pilgrims greatly.

Their journey then took them to Santa Maria del Trastévere, where various African nuns from a religious community made their final vows.  As a result, the church was totally lit up and they were able to contemplate the depiction of the Coronation of Mary in the apse and the coloured paintings of the life of Mary in the choir area. At 13:00 Fr. Noppenberger celebrated the Mass of the Immaculate Conception in Santa Prássede and gave an interesting homily. 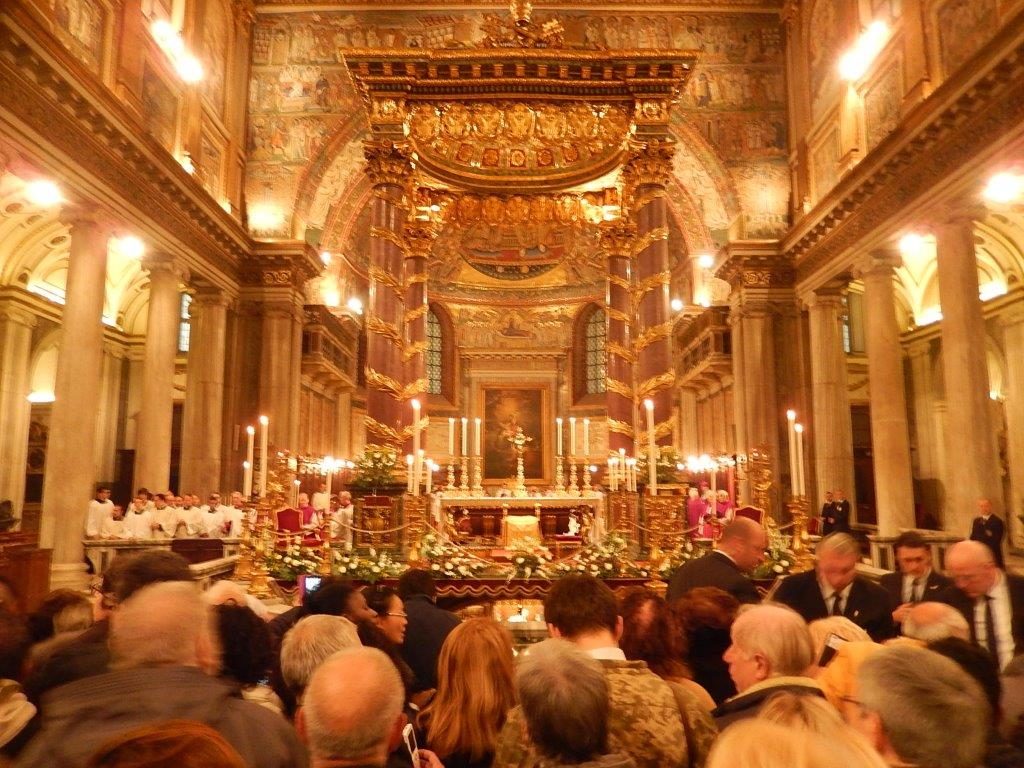 The program then took them to the nearby Church of Santa Maria Maggiore.  Mons. Wolf explained the meaning of the first church dedicated to the Blessed Mother in Rome and gave the pilgrims a guided tour. To their surprise, Pope Francis was also visiting the church on the Feast of the Immaculate Conception to pray before the Salus Populi Romani image.  Returning from the Spanish Steps in the presence of many pilgrims, the mayor of Rome — according to tradition — placed a wreath by the pillar next to the image of Mary and prayed an emotive prayer.  Returning to the TRA NOI hotel, the group was able to admire the fireworks in the vicinity of the Church of the Immaculate Mary, to commemorate her feast day.

The pilgrims had various alternatives for their last afternoon in Rome, such as a visit to the Sisters of Mary at the Cor Ecclesiae Shrine, a visit to Santángelo, or climbing the dome at St. Peter’s.  The afternoon was totally dedicated to Belmonte.  Fr. Egle led the group through the various stations of the precious grounds, and the new Pilgrim House, Domus Pater Kentenich, which is nearing completion. Sr. Yvonne told them about her work with the Pilgrim Mother in Italy. Mass was held in the foyer of Domus Pater Kentenich, bringing to an end the pilgrimage, which Mons. Wolf summarised in his homily. After dinner in a typical restaurant, they travelled through the night back to Germany. 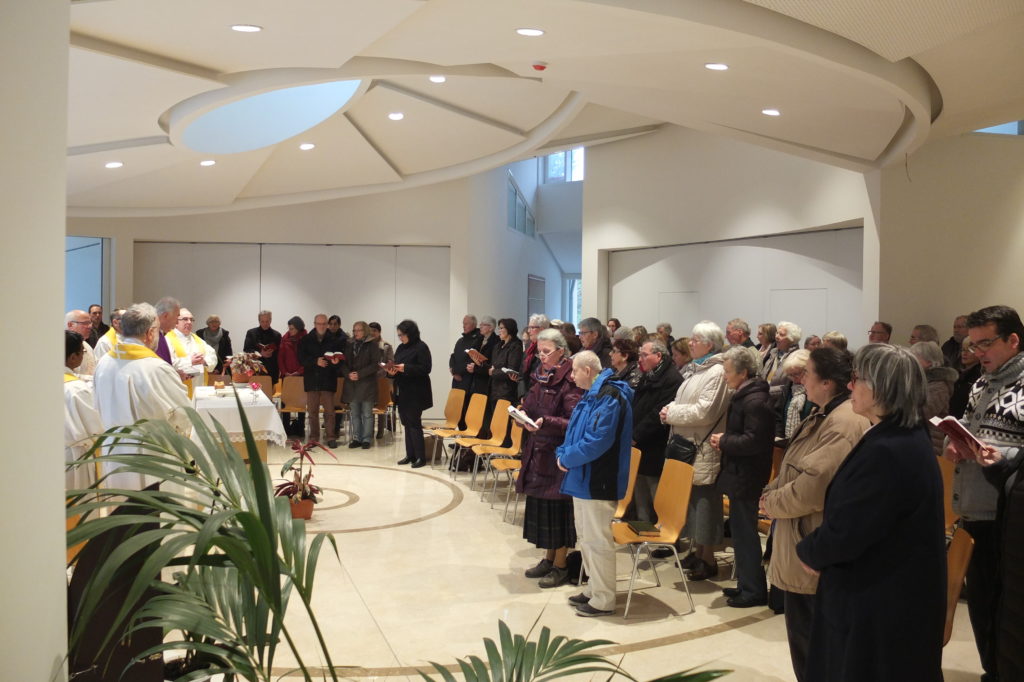 Holy Mass in the hall of  Belmonte