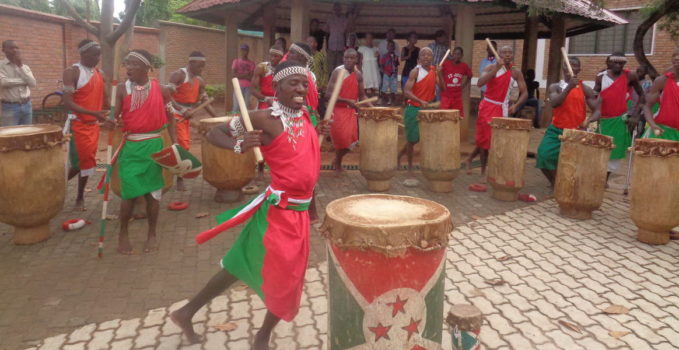 Mixing it up: Celebrating the Immaculate Conception in special Mass

The Schoenstatt Mount Sion Gikungu Shrine in Burundi celebrated the Solemnity of the Immaculate Conception on Sunday, 4 December, four days before the official celebration by the Catholic Church. This solemnity is usually celebrated on 8 December every year, but this year since the date was on Thursday, mid-week, and because Schoenstatt Mount Sion Gikungu Shrine celebrates it in a grandiose way with the Apostolic Nuncio in Burundi celebrating Mass, it was decided instead to have it on Sunday, 4 December. This permitted the faithful to experience this event in a festive way after three days of prayer, with the triduum of the Immaculate Conception, which began on Thursday, 1 December and was held every day at 6:00 p.m.

The celebration of this solemnity coincided with the second Sunday of Advent. The Schoenstatt Shrine of Mount Sion Gikungu was well prepared: the drums resonated pleasantly at the entrance of the shrine to welcome the faithful; the liturgy team had begun the prayer of the rosary at the same time. The interior of Most Holy Trinity Church, where the celebration was held, was well decorated in blue and white with many bouquets of flowers from the main entrance to the back of the nave and a red carpet. St. Nicolas de Flue and Holy Family choirs were ready to enliven the Mass, with their musical selections. 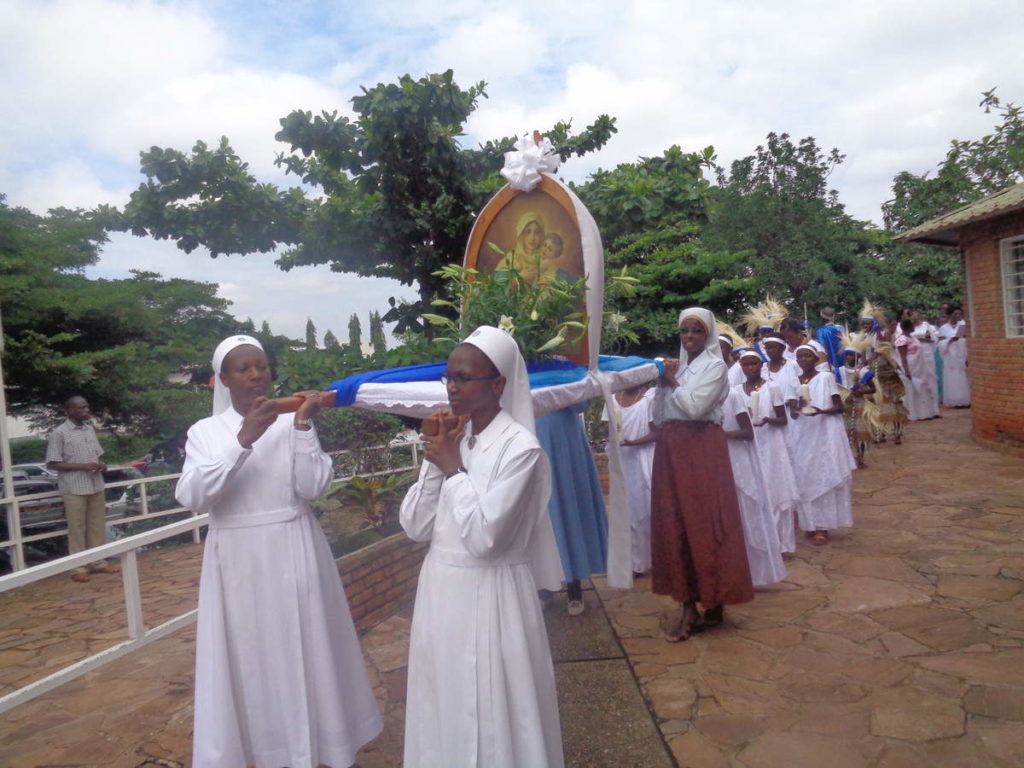 The Virgin in procession

As usual, the Eucharistic celebration began with a procession, with the details proper to every solemnity. The special thing about this solemnity of the Immaculate Conception was the picture of the Virgin Mary decorated on both sides with bouquets of flowers, which was carried by four religious sisters from different congregations.

In his words of welcome, the Rector of the Shrine welcomed pilgrims and especially the Apostolic Nuncio for accepting the invitation of the Shrine and for coming to preside over the celebration of the Immaculate Conception for the third consecutive time, since his arrival in Burundi. He also recalled that this feast is usually celebrated on 8 December, but the Schoenstatt Mount Sion Gikungu Shrine celebrated it four days earlier on 4 December so more pilgrims could attend.

In her evil was conquered

In his homily, the Apostolic Nuncio, stressed, “the Feast of the Immaculate makes us contemplate on the Virgin Mary, who, in virtue of a singular privilege, was preserved from original sin from her conception. Despite living in a world marked by sin, she was not touched by it: Mary is our sister in suffering, but not from evil nor from sin. On the contrary, in her evil was conquered, even before it flourished, because God filled her with grace (cf. Lk. 1:28).  He continued, “The Immaculate Conception means that Mary is the first to be saved by the infinite mercy of the Father, like first fruit of the greeting that God wanted to give every man in Christ. For this reason, the Immaculate has become the sublime icon of divine mercy that has conquered sin.” 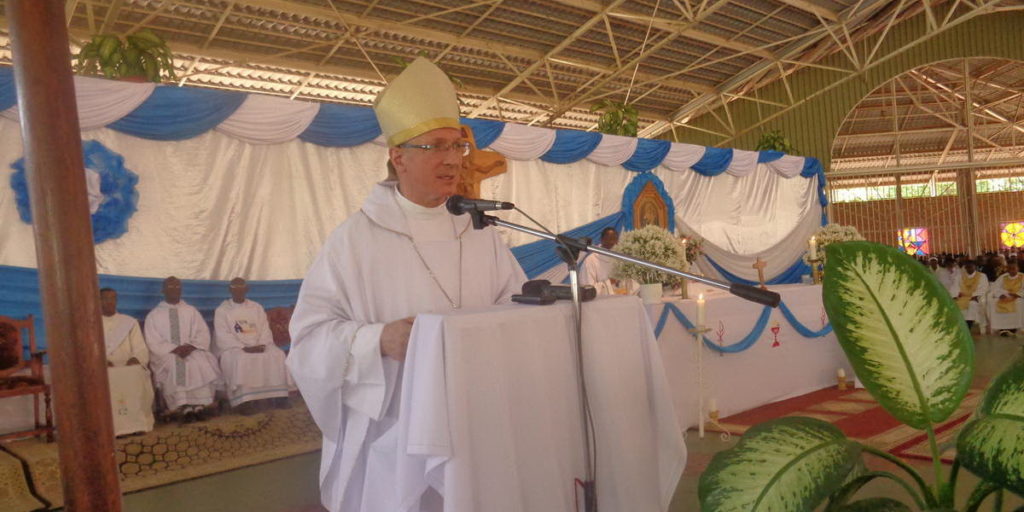 After his homily, the Apostolic Nuncio in Burundi invited Schoenstatt Mount Sion Gikungu Shrine’s pilgrims, who attended this celebration, to contemplate on our beautiful Mother Immaculate, but also to contemplate on the recognition of the most authentic destiny, our most profound vocation: to be loved, transformed by love, to be transformed by God’s beauty. He said, “Let us look at our Mother allow ourselves to look for her, so that she will be the Mother who greatly loves us.  Allow ourselves to look for her to learn to be more humble and also more courageous to follow God’s Word, to welcome her Son Jesus who takes us tenderly in his arms and who embraces us, gives life, hope and peace,” the Apostolic Nuncio concluded.

After the celebration, there was a pilgrimage to the Schoenstatt Shrine, where the Nuncio imparted the final blessing.