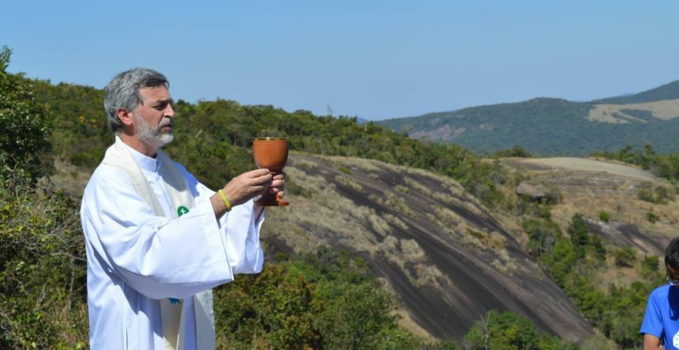 Madness of love for the Blessed Mother.  This is a good description of the reasons that led 20 young people, including Schoenstatt Apostles, Pioneers, Boys Youth and Girls Youth in Atibaia, São Paulo, to gather at 7am on a Sunday to scale Pedra Grande, the city’s highest point at 1.450 metres.

Traditionally known as the Mountain Conquest, Fr. Alexandre, the director for the Boys Youth, accompanied the Atibaia youth who also had the support of their families. 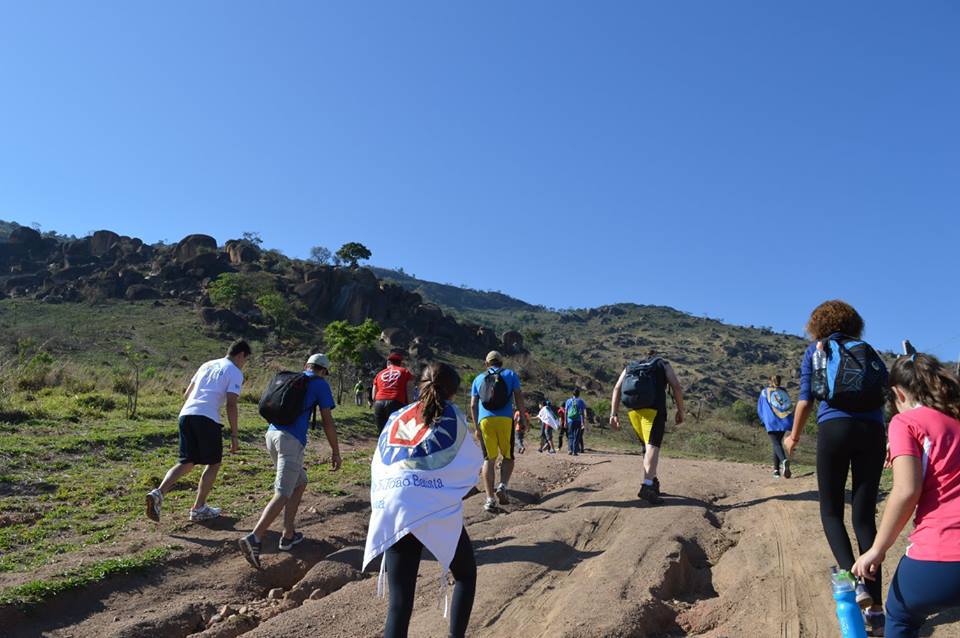 Mother’s picture always at the helm

With a picture of the Blessed Mother always at the helm, the young people cheerfully took up the challenge, carrying their flags and singing songs joyfully.  And if you thought it was easy, this was their programme for the day: a six-kilometre warm up walk from St. John the Baptist Parish to the starting point, followed by a 3,3 kilometre climb.  And then they still needed to make the return journey!

“We waited eagerly for the Conquest, because it was a real challenge to make it happen five years after the last edition.  Even more challenging than waiting such a long time was the climb to the top for mass,” explained Matheus Guerrero from the Atibaia Boys Youth.  The main goal of the Mountain Conquest is to create bonds among the branches, celebrate the 85th anniversary of the International Girls Youth, the 60th anniversary of the Boys Youth in Brazil and to put Schoenstatt’s teaching on attachments into practice. 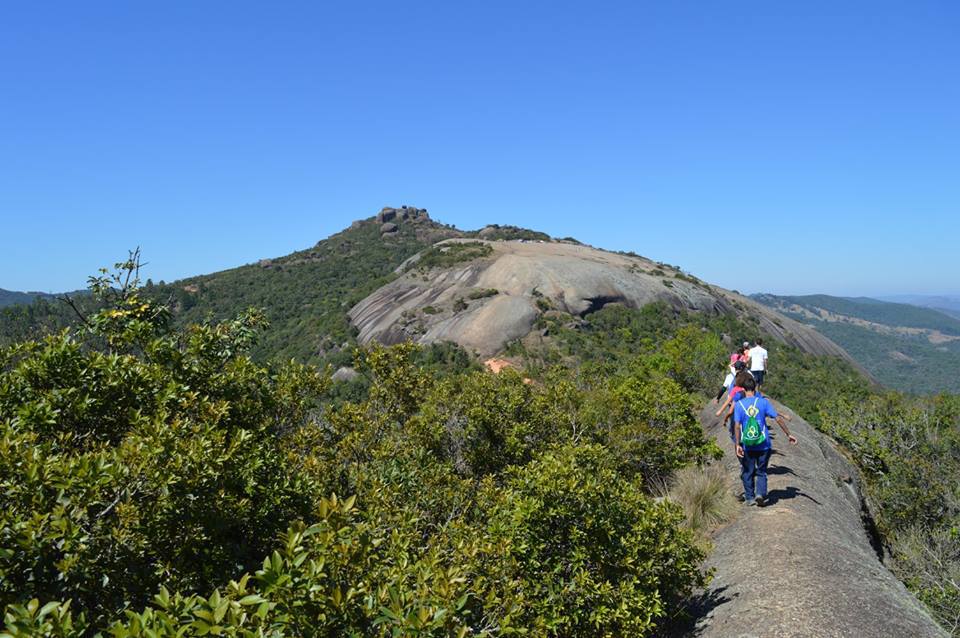 Attachments, one of the highlights of the walk

Beatriz Cézar, one of the Apostles relates that “it was a chance for us to discover our limits, overcome them and be very strong.  We were able to make the most of it, strengthening out connection with Mary and among ourselves..

We were always helping one another, we also had lots of fun and laughs along the way (and we also fell a lot)!”

Creating bonds was really one of the highlights, and not only among the young people.  Taking the words of their opening prayer to heart that victory relates to various aspects of our lives.

Firstly, the attachment with brethren: with mutual support and respect for those who experienced the greatest difficulties during the hike, to say nothing of the joy and relaxation among the participants.  Also the attachment with themselves, after all, it was necessary to overcome the self at each step, always handing over those things that are most difficult to the Capital of Grace.  An attachment to nature was another highlight.  Looking at the beautiful landscapes, feeling the breeze on their faces, walking along paths and coming across a trickle of cold water when you are thirsty were some of the memorable connections with nature.

Reaching the top was also a moment to draw even closer to God.  Something new in this edition of the Mountain Conquest was to celebrate Mass up at Pedra Grande.  The youth were able to experience the living God in the Eucharist and contemplate the Tabor experience as Fr. Alexandre pointed out in his homily. 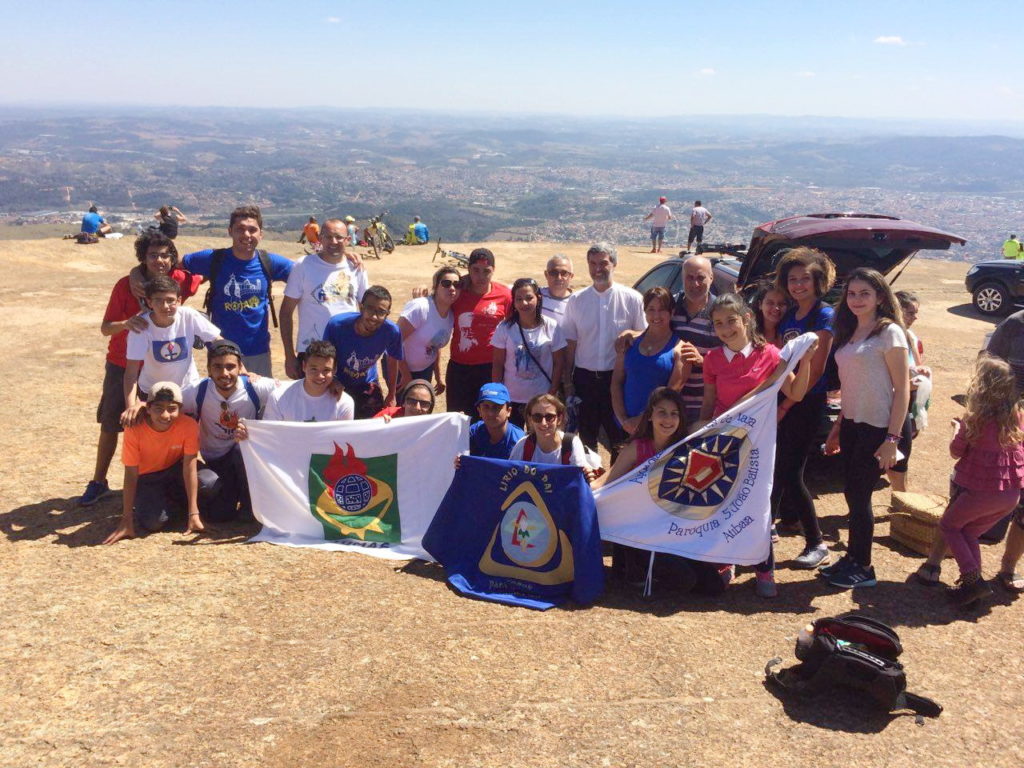 More than five hours of walking

And whoever thinks this challenge was only for the children, they are wrong.  Many parents participated.  Cars accompanied the walk from St. John the Baptist to the hiking trail.  They also provided food and water at the top, while more than one father went up with the youth.

The joy was such that some of the mothers also decided to face the challenge and climb down with their children.

“We walked more than five hours in total.  However, each step, each effort, each sacrifice, was worth it, because what God had in store for us was wonderful.  Pedra Grande is like our Tabor, a place where we draw closer to God, where we come into contact with nature and ourselves, contemplating God’s create wonders.  We found peace in this place and silence in our hearts, so that we could recharge our batteries and be filled from within,” Guerrero summarised the experience. 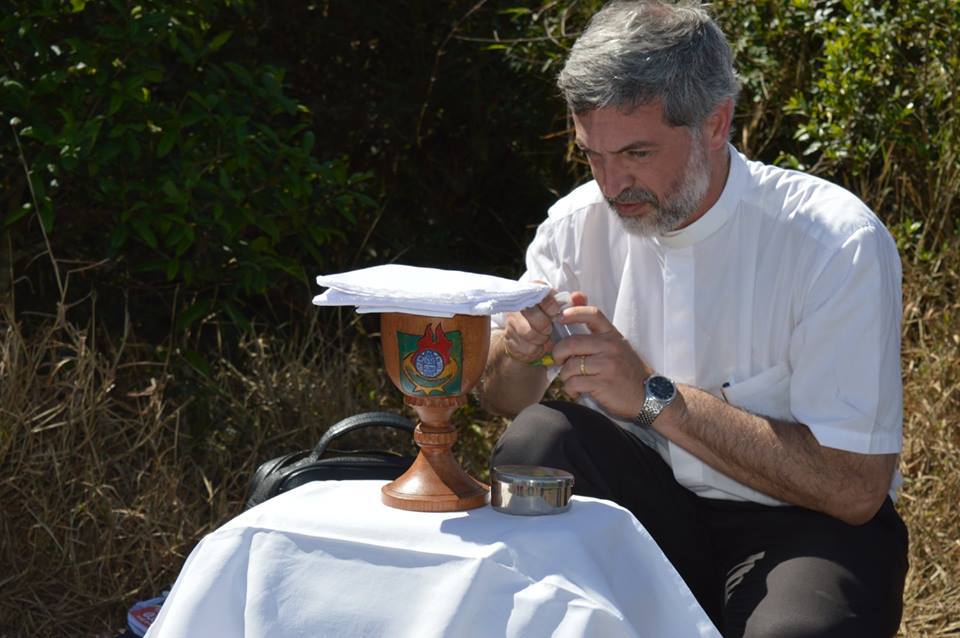