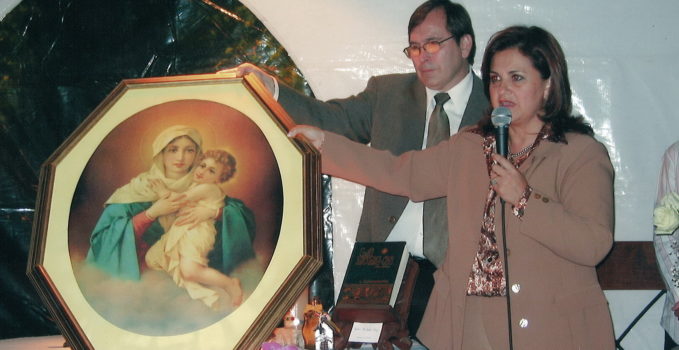 Our Home Shrine of Inner Transformation

The Blessed Mother had her eyes on our family long before we ever noticed. Looking back in retrospect, we verified many signs of her close presence, manifestations of her love, and of her call to which we responded with a yes before our boys belonged to the Boys’ Youth, and we were pilgrims without knowing it.

We were concerned that the Blessed Mother sought a place in our home, since we had became a part of our original group “United to the Shrine,” and because of the strong impression made by knowing the our leaders’, Gisela and Juancho Fiorio, Home Shrine.

The feeling continued to grow. In Schoenstatt, our hearts had a home, they found a family that welcomed us and trusted in us, it was like arriving at a destination. Through the pedagogy of trust, Fr. Antonio imparted quick courses assigning us challenging assignments and apostolates, the family missions enkindled our hearts, only one thing was lacking– our Home Shrine, which we deeply desired.

A place appeared behind the chimney

Everything seemed to indicate that the place where our Marian Corner was, should be the Blessed Mother’s place. However, Roberto was not convinced with the idea; he kept looking for corners in the house, and we could not agree.

One day, he touched a wall behind the chimney; it sounded hollow, so he had it removed to know what was there. It was the perfect place for the Blessed Mother! It was beside the living room; however, it was only visible when one approached it.

Convinced that there was no reason to wait, we were the first in our original group who had their Home Shrine blessed. It coincided during the time that the Fathers began to motivate the people to unite the blessings, because clearly it could no longer be done individually because of the growth of the Family.

We insisted and asked Fr. Antonio, who loyal to what he had proposed at the beginning, declined despite the fact we knew and know how much he loves us and how much we love him.  However, she does not allow herself to be outdone in generosity. During the Family Missions, the boys asked Fr. Cruz Viale to bless our shrine and he accepted.

Preparations, capital of grace, and a large picture

The exciting preparations began; our group conquered beautiful contributions to the capital of grace that we treasure today. Boys and girls from the missions were in charge of the music; they are our sons’ friends.

We invited some members of our family, the group, the Branch Leaders, our sponsors, Hernán and Amarú, and some very close friends.

Roberto had the blessing of having gone to Schoenstatt, and he brought a large picture that would be blessed, it was enormous! However, she was so beautiful! She stands out from a background that looks like clouds.

Rosi chose fresh flowers as a symbol, which always decorates our altar even now. Roberto chose the pelican that nourishes its chicks symbolizing the endearing love for his three sons. Robert chose, St. Michael, Rodrigo, Father’s photo with the child, Mike Fenelon, whom he later met in Milwaukee, as a symbol of paternity/childlikeness. And Rodolfo, the youngest of the family, chose the Family Missions’ cross, where he practically grew up and to which he is still united. 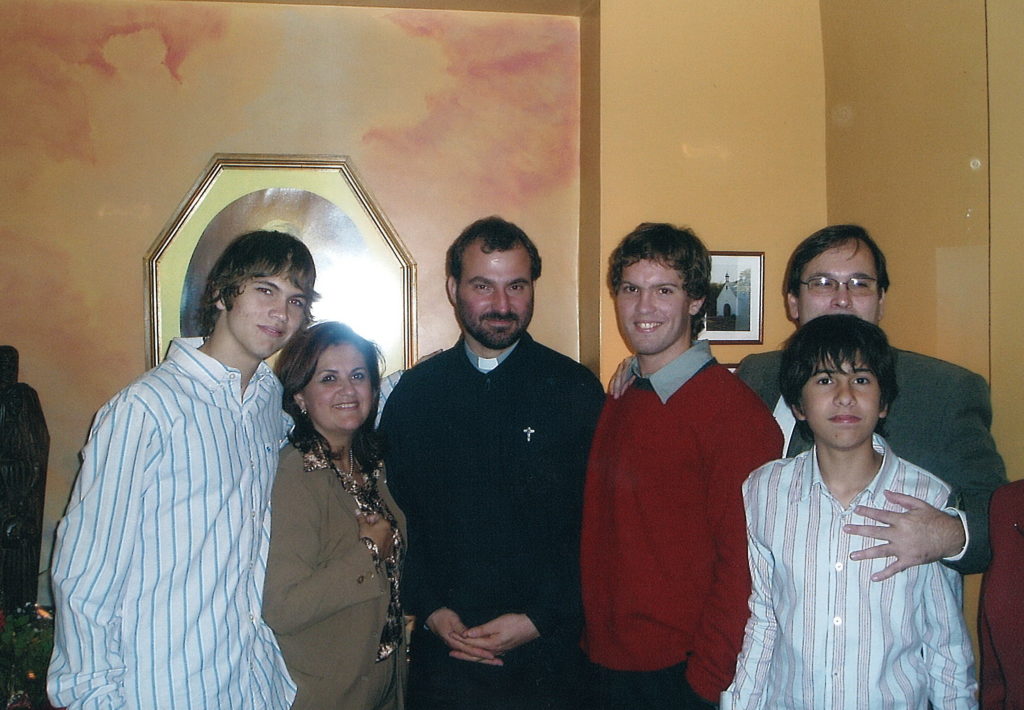 The day of the Blessing- a day of firsts and a surprise!

The great day arrived, 22 September 2004, and we were very excited.  Fr. Cruz told us a secret…He said: “This is my first time to bless a Home Shrine in Paraguay…” he was quiet for a moment, and then he added smiling, “To tell the truth, in the world!”

With the beautiful music that accompanied us, each one presented their symbol, and when it was time to go on procession, we gave everyone a symbol according to his/her charism that we would place in the Home Shrine, We gave our Sisters, Celeste and Clara, the Unity Cross, as a sign of family love.

At that moment, we received another gift: Fr. Antonio arrived. Therefore, the Blessed Mother went in procession to her definitive place carried by two priests!

Since the blessing, the Shrine has been the center of our home. Everything related to our spiritual and family life passes through it: all the joys, conquests, gifts, petitions, concerns and hopes. Diplomas, books, CDs and everything that signifies something important goes through the Shrine. Even our friends and relatives go and greet our Queen first when they come to our home. It is a living Shrine, and the Blessed Mother has definitely installed herself in our home. She is here with us and sometimes, despite us. She is always loyal.

From there and by Mary’s hand, with the strength of the Covenant, we struggle to be Missionaries of Inner Transformation, returning to her, even if only in part, what she worked in us. 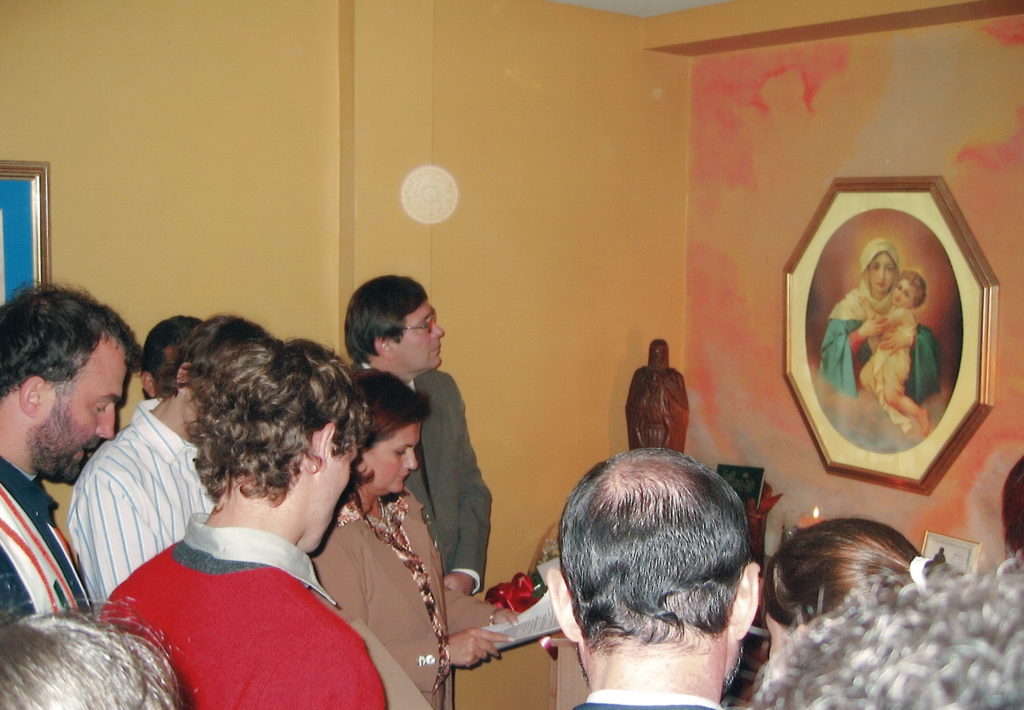