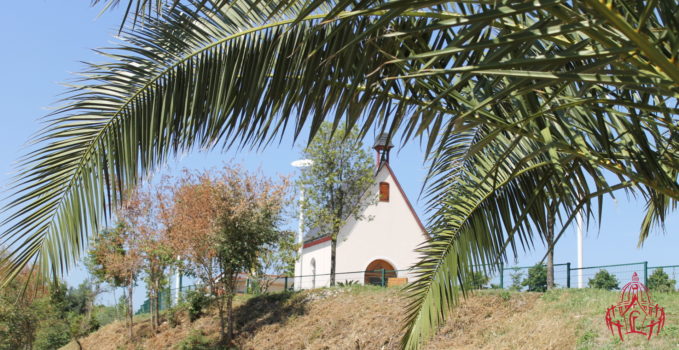 She and I – an overwhelming majority – with you, a multitude!

18 August was a very special Covenant Day in the Belmonte International Shrine; it was very universal and very exciting.  Everything began on the eve of with a question from Fr. Rolando Montes, of the Schoenstatt Federation of Diocesan Priests from Cuba, who recently arrived in Rome. He began his post-graduate studies on 1 September; he hopes to finish with a thesis about Kentenich communication.

“I am trying to check the Holy Mass schedule for the 18th in Belmonte.  I have not accomplished this.  Can you help me?”

But 18 August is one of the most uneventful days at the Shrine “of all of us”, since it is vacation time and no one is there, was the explanation Fr. Rolando received with a mixture of sadness and shame. There are no priests, so neither the Covenant Holy Mass nor anything else will be celebrated.  “We have left the Blessed Mother alone,” I thought… and inadvertently I continued aloud:  “I do not like leaving the Blessed Mother alone…”

“And me either, who has spent my life “hungering”, for a shrine,” Fr. Rolando responded. And as I tell him:  “I believe that only those who hunger and thirst for a shrine understand what this is and that the numbers do not matter,” he answered me: “She and I, [are] an overwhelming majority…and with you–a multitude.”

We then agreed to meet again in September, and next year, we agreed there should definitely be a Covenant Mass celebrated on August 18, even if we were the only two there with an overwhelming majority and multitude. 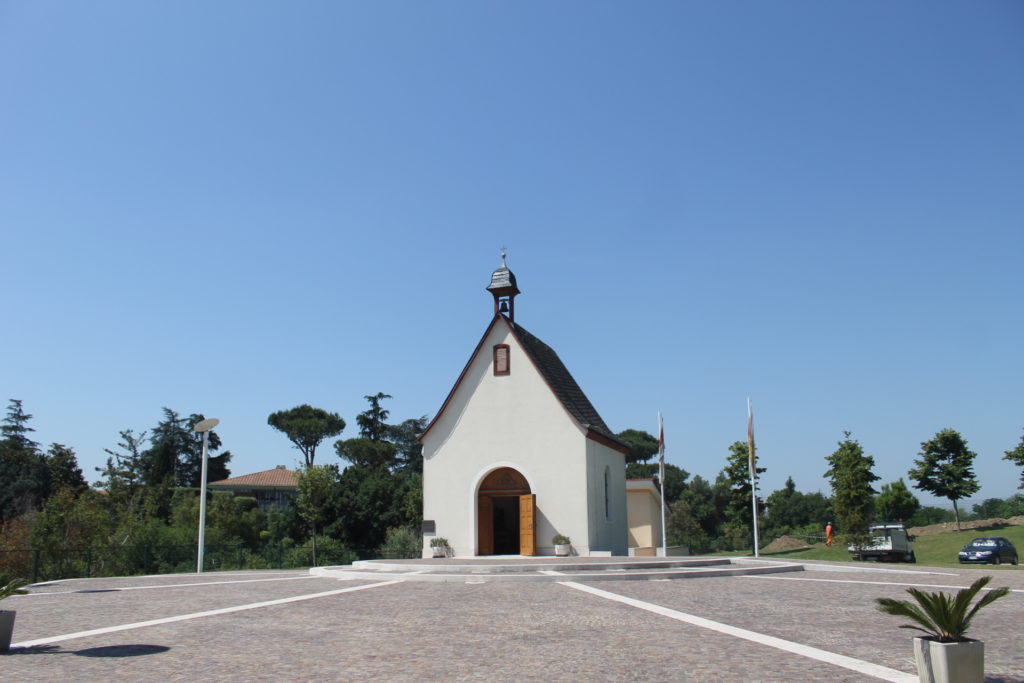 “Tomorrow, as a group, we can spiritually go on pilgrimage to the Belmonte Shrine…”

But the story does not end here.  Later, upon writing some information to the Whatsapp group of Belmonte allies in Argentina, I mentioned what happened with Fr. Rolando.

“Tomorrow, as a group, we can go spiritually on pilgrimage to the Belmonte Shrine to give thanks for what has flourished and to ask for graces for the mission,” Ana Echevarría answered, who in 1983, along with her husband asked João Pozzobon for the first 25 Pilgrim Mothers to make the Campaign international.

“And I unite myself from the Original Shrine,” said Fr. Darío Gatti, a participant of the General Congress of the Institute of Diocesan Priests, in Schoenstatt.  Cristina White and Meredes MacDonough joined from the Confidentia Shrine in Buenos Aires, Silvia Losada from the one in Tucumán, others, from their Home Shrines.  We already had a multitude.

No, we will not leave the Blessed Mother alone in Belmonte on this day.  I shared what was happening with a group of German speaking Belmonte allies.  The reaction was impressive.

“From Kahlenberg Shrine in Vienna, I am attached to my beloved Belmonte Shrine, along with Argentina, Chile, and truly with the entire world,” wrote Tita Andras.  Gisela Fix joined the spiritual pilgrimage from the Stuttgart Shrine, Bettina Betzner from her Work Shrine in Nürtingen, from the Original Shrine (although they did not meet there), a priest along with a couple did it, and others joined from their Home Shrines in Switzerland and in Germany…

Thank you, Fr. Rolando, for initiating an impressive spiritual pilgrimage to the Belmonte Shrine…