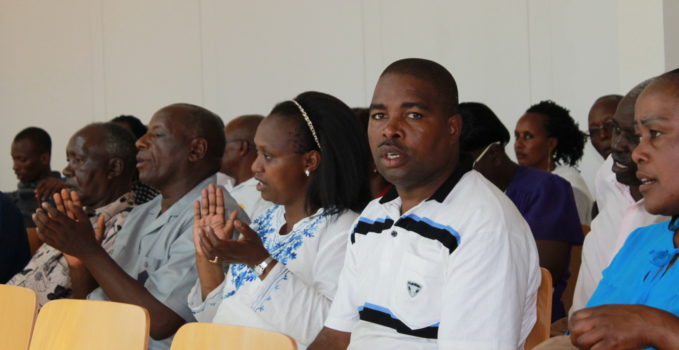 At Belmonte on the eve of Mother Theresa’s canonization: Pilgrims from three continents

The Eternal City was filling with visitors and pilgrims from allover the world on the eve of one of the Year of Mercy’s biggest events– the canonization of Mother Theresa, saint of mercy– and so was the International Schoenstatt Center at Belmonte. 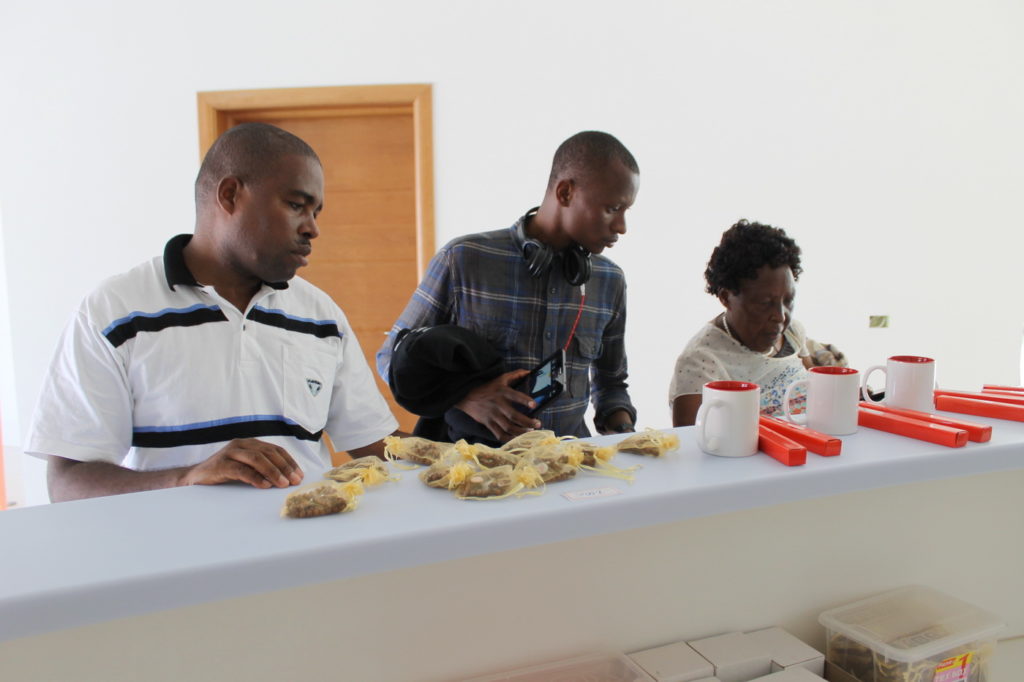 Twenty priests, and over thirty religious and lay people from the diocese of Murnag’a in Kenya

After several letters, calls and messages it finally worked out: a group of fifty-three Kenyans, including twenty priests and several sisters from religious orders, arrived at the Belmonte Schoenstatt Center gate. They had been motivated by Fr. Reinhard Foerster of the Schoenstatt Institute of Diocesan Priests to include the Schoenstatt Shrine and the house still in construction into their packed one week visit to Rome schedule for the canonization of Mother Theresa.  They all came from the diocese of Murnag’a, where Schoenstatt was founded twenty years ago. Some of the priests belong to Schoenstatt groups, but for most of the pilgrims, it was a first time encounter with Schoenstatt. After a warm welcome, they eagerly listened to Fr. Daniel Lozano`s talk, as he explained that Schoenstatt is one of the many charisms of the Church, and that this Schoenstatt Center, a gift of the entire Schoenstatt Movement to their Founder, Fr. Kentenich, and to the Church, serves as a place of grace and of mutual enrichment for the different personal and communitarian charisms. Because only by the collaboration of all the apostolic initiatives is it possible to help the Church in answering the pressing needs of today`s society and of all humankind. This world, Fr. Daniel Lozano explained, needs people who live in covenant with God and with each other, in a covenant based on love. Schoenstatt has experienced the transforming power of the Covenant of Love with Mary, and wants to offer this to everyone. “What exactly do you want this Center to be?” one of the Kenyans asked. “We want it to be a place from where you leave with renewed love for the Church,” he answered, “and with a renewed love for your very own personal vocation in service of the Church and the world.”

A simple meal shared at a nearby restaurant was a good opportunity to think about their impressions. After a short visit to the Shrine, everyone met for a joyful Mass concelebrated by all the priests in the Father Kentenich House’s hall.

Before leaving, each pilgrim received the Belmonte Pilgrim brochure, and several pilgrims were grateful to take some postcards and rosaries as souvenirs. A young Schoenstatt priest left with thirty postcards: “This is a beautiful gift for my friends at home. A Schoenstatt message from Rome!” 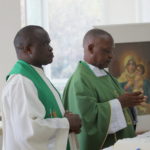 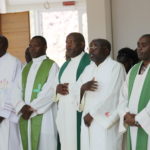 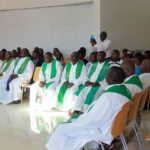 The Shrine, center of encounter

At six o’clock, the Holy Mass in the Shrine was the moment for many pilgrims to meet: Italians from the neighborhood, some pilgrims from Brazil among them Teresinha and Nivaldo Abram, who served over many years at Belmonte, and Carmen and Hans-Jürgen Reinle from Germany along with a group of young people who had just come to Belmonte to work for a week as volunteer construction workers – the parking place is waiting to be paved by them! They were very generously welcomed in the parish hall and already decided to join with the parish youth for a soccer match.

At the end of the Mass, Terezinha Abram shared a beautiful message: They had brought a picture of the Pilgrim Mother for the Brazilian room at the Father Kentenich House – so after Australia, Argentina, and the Philippines, also the Brazilian room “is filled” with something representative of the country.

There are thirty-one guest rooms available in the CENTRE DOMUS PATER KENTENICH for guests and those attending meetings. These rooms bear the names of the countries with a Shrine.

Each of these countries is invited to be present in its room through a picture of Our Lady of Schoenstatt, a cross, and a picture of something particular to that country. Welcome, Brazil!