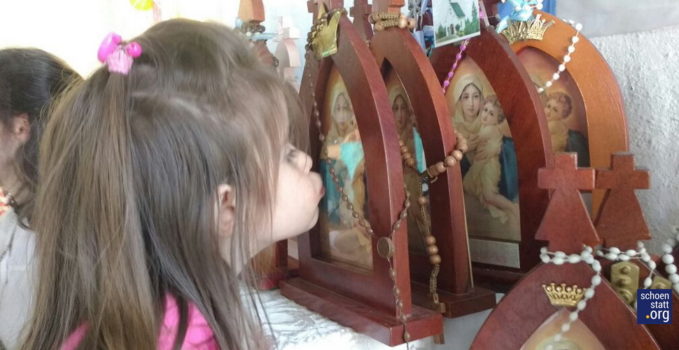 One more year, my Mother!

It was an unusually warm Sunday for the month of August in Tucumán; it is winter in the Southern Hemisphere… those who prepared to wear coats and mufflers to protect themselves from the cold were surprised by a dawn with a beautiful clear sky and a brilliant sun.

Since the previous day, the missionaries had worked hard to decorate the grounds of the Shrine to welcome the participants of the large celebration.

Those who arrived to begin the procession to remember João Pozzobon, the initiator of the Rosary Campaign, gathered at the entrance of the grounds.

The processional cross, the Auxiliary MTAs from the neighboring province and those from Tucumán, a picture of Fr. Kentenich and one of João Pozzobon, Pilgrim Mothers, flags and banners that identified the different parishes and areas from the interior of the province prominently marked the pilgrimage.

The walk began accompanied by violins, drums and guitars, and praying the Holy Rosary; in the distance, the welcoming Shrine awaited. 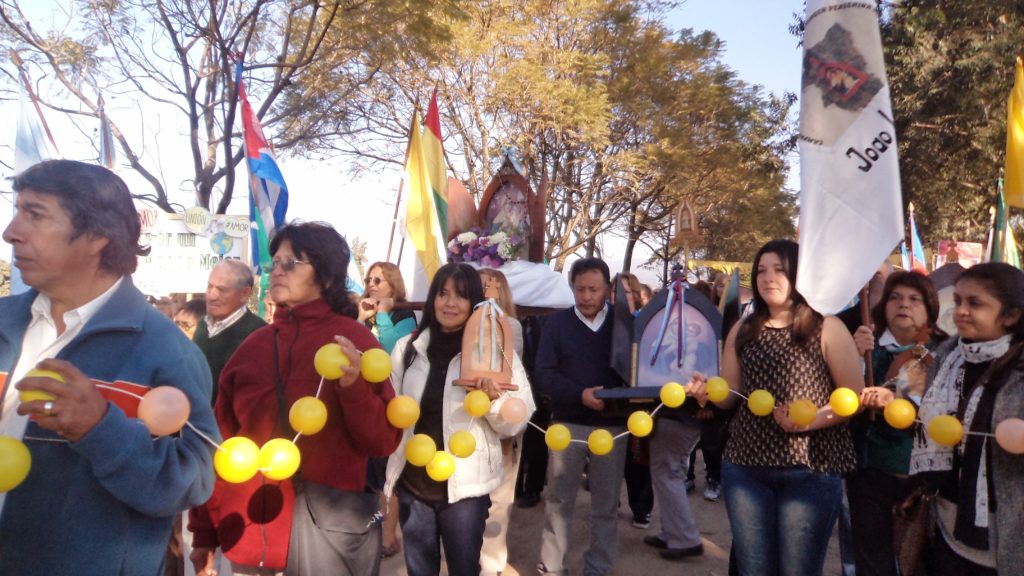 A plenary indulgence for pilgrims during the Year of Mercy

On the steps of the Shrine, Fr. Guillermo Cassone welcomed all the participants, and he blessed the religious objects, cars, and house keys. He also explained the conditions to receive the plenary indulgence that the Bishop had conceded for this special day with such a large turnout.

“With flowers for Mary”

They paid tribute to the beloved Blessed Mother at the beginning of the gathering! First Fr. Guillermo and then the diocesan leaders of the campaign from every province entered the Shrine to offer red roses on the altar, a symbol of the unconditional love for the Blessed Mother and for one more year as missionaries.

The pilgrimage continued to the multi-purpose hall, where activities took place until time for the Holy Mass.

The hall filled with missionaries and pilgrims. Brothers/sisters from Santiago del Estero, Catamarca, and Salta attended! There were greetings, encounters, and together, they lived another day exchanging experiences and affection. 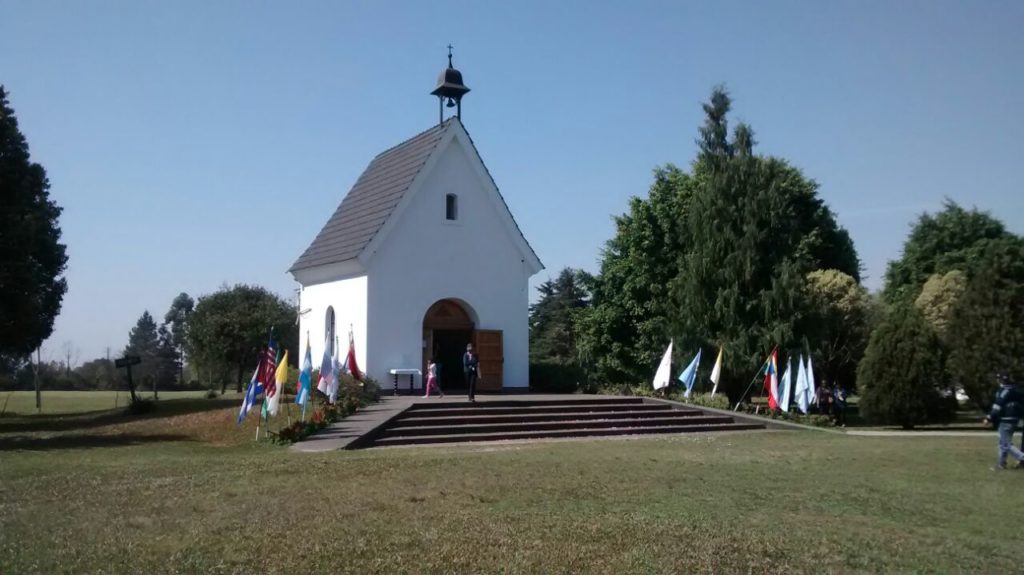 The joy of the Campaign

Fr. Cassone reminded the missionaries of the mission that João Pozzobon received and the importance of renewing the commitment to continue if each person’s heart desired it.

Then lunch began, amid conversations, laughter, sharing the food, and greetings.

The drums, guitars and the singers announced the start of the bonfire. In a region where there is an abundance of good musicians, folkloric groups performed that made the gathering pleasant with their songs and dances. The missionaries and the pilgrims accompanied the dance with their skill.

Everything was hustle and bustle and an immense joy shared year after year.

Upon seeing the enormous grounds of the Shrine, one’s heart quickened. In addition to the hall filled with people, hundreds of people shared and contemplated the beauty of the place’s landscape in the shade of the lime, cypress, and other trees.

More than 1,000 pilgrims attended that Sunday.  God provided welcoming weather. The new leaders of the Rosary Campaign from Tucumán, along with their team, worked untiringly to prepare everything and with great satisfaction, they saw the fruit of their effort. 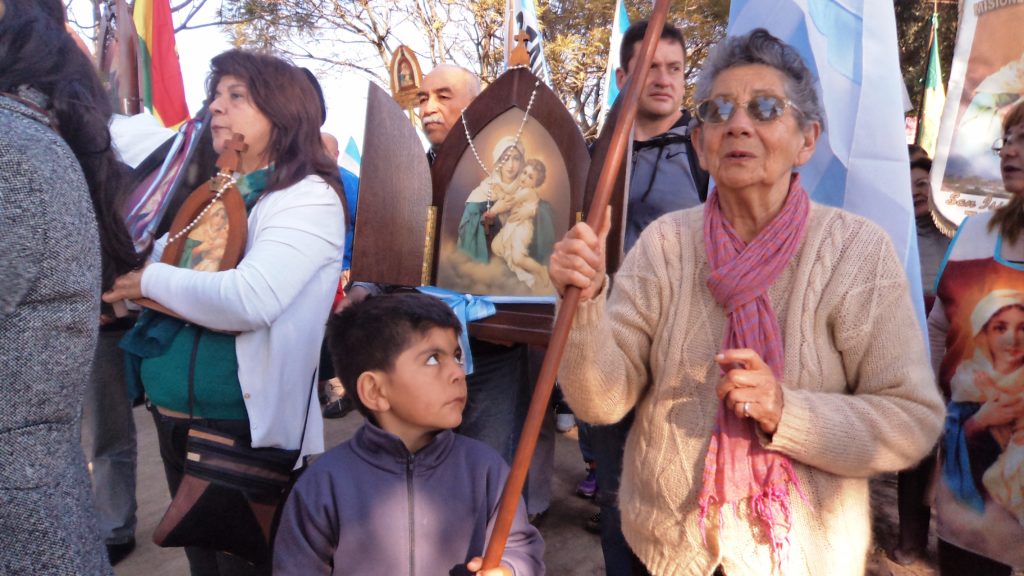 One more year, my Mother!

The time they waited for approached:  the Holy Mass and the renewal of the missionary commitment.

The missionaries congregated around the Shrine with the Pilgrim Mothers held tightly against their hearts.

After the prayer of renewal, with the pictures held on high, with great emotion, there was a unanimous shout:  “She is the Great Missionary, she will work miracles!” Tears and hugs gave testimony of what each one felt interiorly.

Several people, who came to the Shrine for the first time, shared their experiences.

A woman from Catamarca, who came for the first time, said that upon entering the grounds to the Shrine she felt something special interiorly, something that she had never experienced. She immediately understood that she was on holy ground.

Another very Marian woman from Tucumán came because she heard about the celebration.  She did not know the Shrine. She is not a missionary, and she does not receive the Pilgrim Mother, but she felt called and she shared the entire day.  She said she felt like a favorite daughter of Mary at that moment, but in a very special way, that filled her heart.

Many people approached to ask how to become missionaries, and when the preparation would begin because they felt called.

During the Year of Mercy and after receiving the indulgence, they understood its meaning and the gift that they received; a multitude approached the Sacrament of Reconciliation.

Merciful like the Father, let us go out to the encounter

The Year of Mercy continues, but for the missionaries and all the baptized, it should not be just for a year.

Forgiveness, reconciliation, to see Christ in a brother/sister, is a lifelong mission.

Many times, people and Schoenstatters ask themselves:  What does Schoenstatt do for others?  It is a task that is often silent and anonymous.  Other times it receives publicity and is congratulated.

The missionary was empowered this year.  He/she understood that besides their daily mission, they must go out, as Pope Francis asks, to console, to help, in a world where there is so much suffering and need.

This is how João Pozzobon understood it:

“The current objective…to be a reflection of Christian justice: one for the other, for a new conquest of dignity and respect for the human person, encountering the neediest with their values.”

“To feel what another feels, and to give him/her what he does not have. Spiritually and materially.”

Missionaries, let us go out to the encounter! 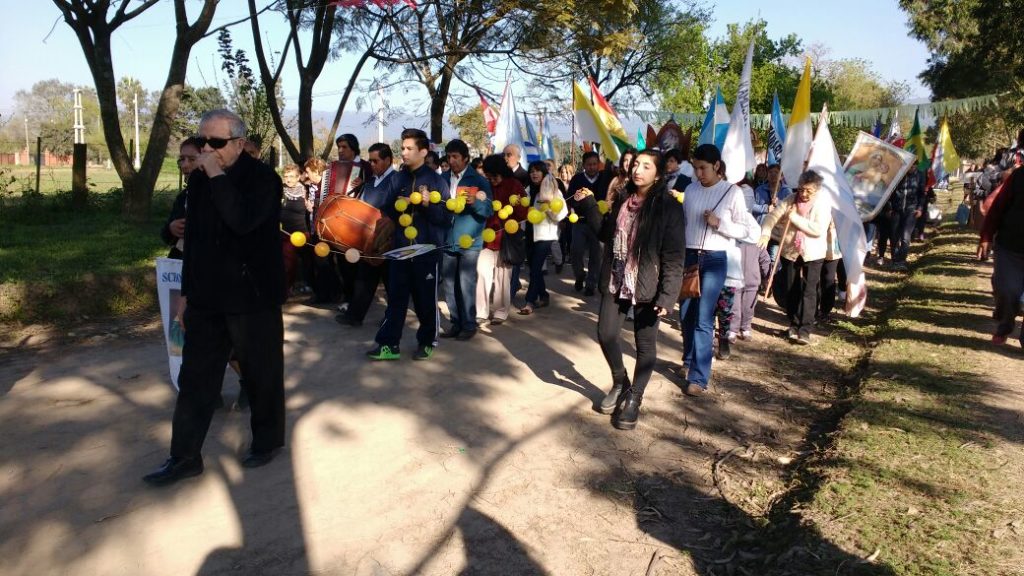