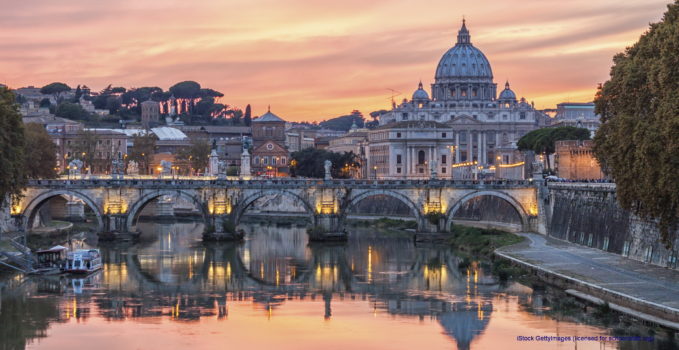 Live and be with the Church in this year’s big event: Belmonte celebrates Mother Teresa

Along with World Youth Day in Krakow, Mother Teresa’s canonization on 4 September is considered the greatest event of this Holy Year of Mercy. Within the context of the Jubilee of Mercy, Mother Teresa’s canonization motto is “Bearer of God’s tender and merciful love.” The Missionaries of Charity prepared a program that contemplates a series of liturgical celebrations and activities during the days before and after the canonization, as well as the opportunity for the faithful to venerate the relics of the one who will be proclaimed a saint.

Expressing gratitude through music and prayer

On Saturday morning, 3 September, there will be a Jubilee audience at St. Peter’s Square with a catechesis by the Holy Father. While at 5:00 p.m., “Mother,” a musical of prayer and meditation composed by Marcello Bronzetti and ordered in honor of Blessed Teresa of Calcutta will be held at the Basilica of Sant’ Andrea della Valle. Afterwards the veneration of the relics and a Holy Mass will be celebrated at 7:00 p.m. The day following the canonization, 5 September, the Vatican Secretary of State, Cardinal Pietro Parolin, will celebrate the Eucharist in St. Peter’s Square. The Choir of the Diocese of Rome led by Mons. Marco Frisina will accompany the Holy Mass with veneration of the relics at the John Lateran Basilica. Veneration will be at the same place all day, Tuesday, 6 September.

Finally, 7 and 8 September, veneration of the relics will be at St. Gregory the Great –Celio. In addition, there will be an opportunity to visit Mother Teresa’s room at St. Gregory convent.

The International Schoenstatt Shrine in Rome, Belmonte, will participate in all of this joy and gratitude for the life of the “Bearer of God’s tender and merciful love.” A while ago, Mons. Peter Wolf gave us a precious article about his encounter with Mother Teresa and the Schoenstatt Unity Cross that she found in the mud of the streets of Calcutta.

“These will be days of celebration and thanksgiving in our Shrine,” said Fr. Daniel Lozano. “On 3 and 5 of September, a Holy Mass of thanksgiving will be celebrated in the Belmonte Shrine asking for the grace to be bearers of God’s tender and merciful love for our entire worldwide Schoenstatt Family.” Although the place’s infrastructure is still very precarious, without the use of the house, everyone is still invited to participate in these Masses and/or to visit the Shrine during these days. Thousands and thousands of pilgrims are expected in Rome for this event, among them, there will surely be some Schoenstatt members and friends. “I want to attend one of these Masses,” Fr. Rolando, of the Federation of Diocesan Priests from Cuba, stated. He will begin his post-graduate studies in Rome on 1 September. A group of fifty pilgrims from Kenya announced their visit for Friday, September 2.

Welcome to the gathering! Among those who will be there are Fr. Daniel, Sr. M. Yvone and Maria Fischer: “We will be welcoming pilgrims in Italian, Spanish, Portuguese, English and German, what more can we want?” Fr. Daniel added. Belmonte waits for everyone with open arms. Maybe with some coffee also… 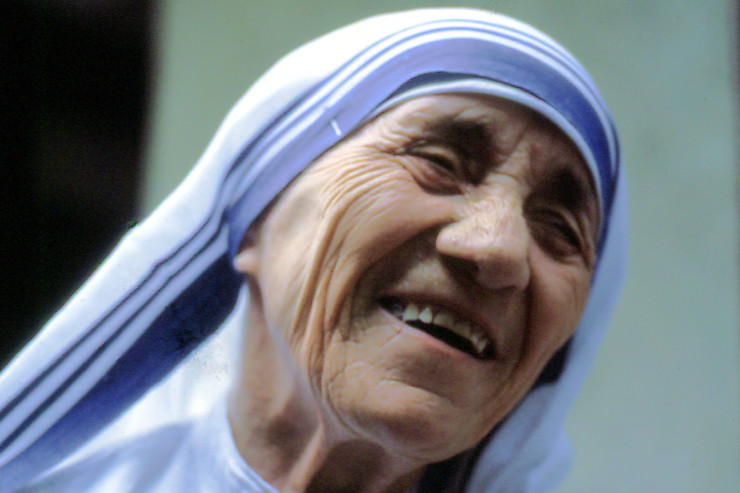 The first Argentinean saint to be canonized…the “Gaucho Priest” 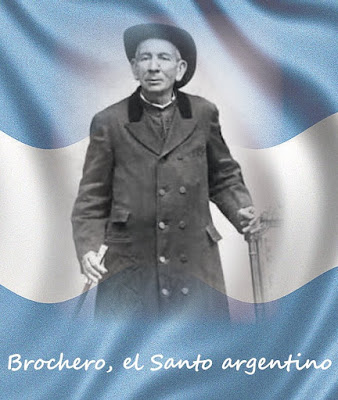 “On Sunday, 16 October I will not be in Belmonte,” Fr. Daniel said confidently. “No matter what happens I will be present when the first saint born and died in Argentina is canonized. I already know that I can con-celebrate,” he explained. It is also very clear that all Schoenstatters and friends who come on pilgrimage to Rome for the canonization will be very welcome to express gratitude and to celebrate the new Saint at the Belmonte Shrine. Holy Mass will be celebrated Saturday, 15 October and Monday, 17 October, at 5:30 p.m. with the presence of the Argentinean flag, the picture of the new saint on the altar and the picture of the Blessed Mother and the Lord of Miracles Cross, presented for the Argentinean room in Domus Pater Kentenich.

A saint for our times

José Gabriel del Rosario Brochero was born on 16 March 1840, in the north of the province of Córdoba (Argentina). On 4 November 1866, he received the Sacrament of Ordination. He was prefect of studies at the College Seminary Our Lady of Loreto, and in 1869, he was chosen vicar of the San Alberto Department, with some 10,000 inhabitants in all of Traslasierra. He then resided in Viall del Tránsito, an area that has born his name since 1916. He played an active role in the cholera epidemic that broke out in Córdoba. He died blind and from leprosy he contracted from the sick he visited.

Cura Brochero is “a living image of what Pope Francis today invites us to as a Church reaching out” this is how the Argentinean bishops described the canonization. Pope France feels a special admiration for the Blessed: in 2013, he said in a letter “Brochero, the Gaucho Priest, had a currently relevant approach to the Gospel. He was a pioneer going out of the geographical and existential peripheries to take God’s love and mercy to everyone.”

“He did not stay in the parish office, he tired himself out riding his mule, and in the end, fell ill with leprosy as a result of going out to find people as a callejero, a ‘street priest’ of faith,” the Holy Father stressed on this occasion.

There are many important celebrations around the canonization in Rome: on Thursday, 13, October at 8:00 p.m. the Cantata Brocheriana of Carlos Di Fulvio performed by the Latin American Choir of Rome will be presented at the facilities of National Argentina Church.

On Friday, 14 October, there will be a gathering of the Argentinean priests, who reside in Rome with pilgrim bishops and priests from 9:30 a.m. to 5:30 p.m. The Archbishop of Córdoba, Carlos José Ñáñez, will also celebrate a Holy Mass at the Pontifical Roman Major Seminary.

On Sunday 15 October, from 6:30 and for thirty-three hours, a prayer gathering will begin with Santiago Olivera, Bishop of the Diocese of Cordoba of Cruz del Eje, celebrating Holy Mass in the Argentinean Church in Rome. On Sunday, 16 October, Pope Francis will celebrate the solemn Eucharist of canonization of Cura Brochero in St. Peter’s Square.

On Monday, 17 October at 11:00 a.m., a Mass of thanksgiving will be celebrated at the Altar of the Chair of St. Peter’s Basilica at the Vatican, Archbishop of Buenos Aires and Primate of Argentina, Cardinal Mario Aurelio Poli will officiate.

On Tuesday, 19 October, at 5:30 p.m., Argentinean, Fr. Guillermo Ortiz SJ will present a conference at the Gregorian Pontifical University about Brochero in Traslasierra’s evangelizing way and the use of St. Ignatius’ Spiritual Exercises.