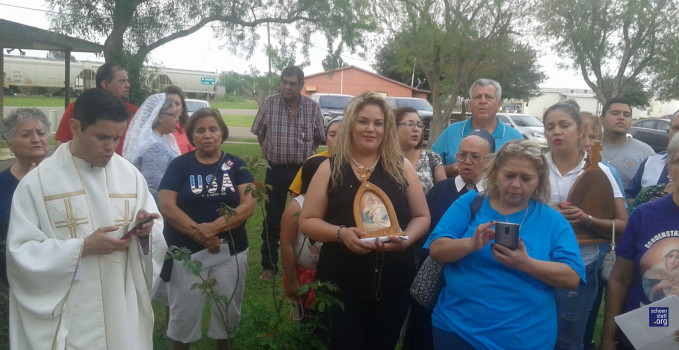 Many years ago, St. Mary’s Church in Santa Rosa, Texas was a mission of St. Francis Xavier Church in La Feria, Texas. These two communities are within six miles of one another and have quite a common history. In 1959, Fr. Herbert Bockholt was the pastor of both. He invited the Schoenstatt Sisters of Mary to come and work in both the parish and the mission. The result was the beginning of the Schoenstatt Movement in this area. After completing their duties in the parish and its mission, the Sisters began their introduction of Schoenstatt and various groups ensued. The first MTA Wayside Shrine in the Diocese of Brownsville was erected on the grounds of St. Francis Xavier parish on October 18, 1964, the 50th anniversary of the founding of Schoenstatt. On May 30, 1966, the second MTA Wayside Shrine was erected on the grounds of St. Mary’s Church. 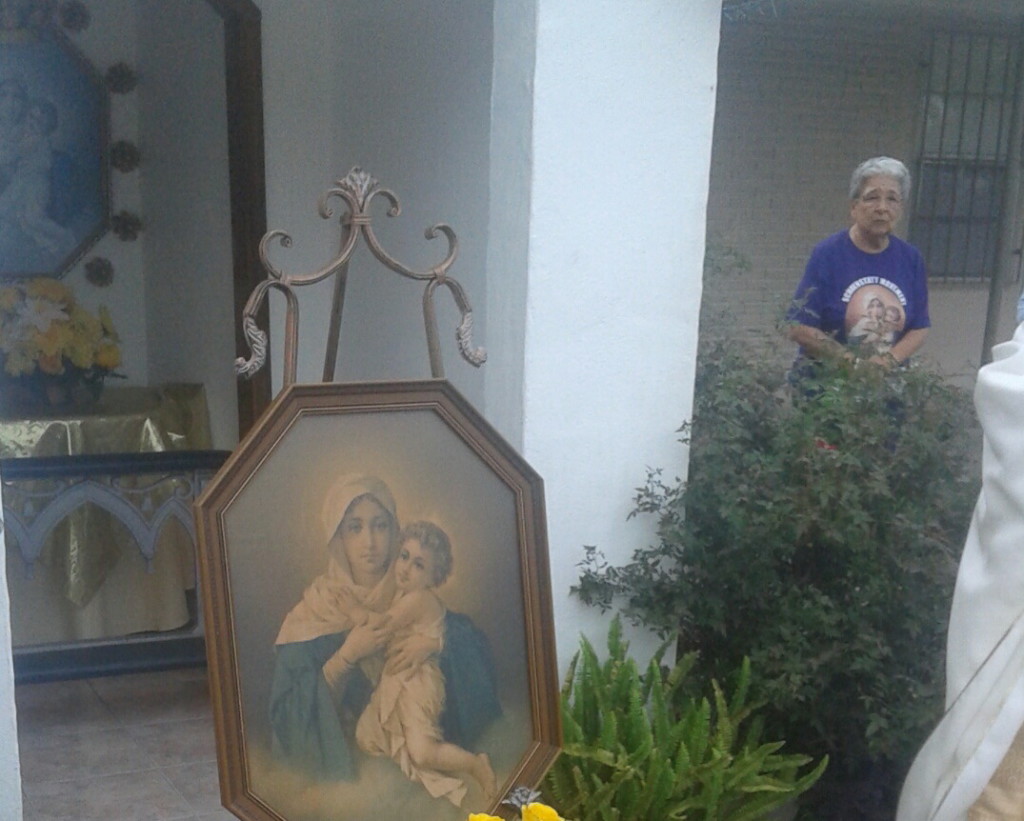 Hommage to a faithful servant of the wayside shrine: Adeline Otto

Approximately 100 people were present for this feast of thanksgiving on May 30, 2016. The new pastor, Fr. Cesar Partida, had done some research on Schoenstatt. In his homily, he highlighted several points in the life of the Father and Founder, Fr. Joseph Kentenich. Everyone was inspired to hear this young priest bring forth the Schoenstatt message and how Blessed Mother leads us to Christ. He also expressed his gratitude to the Movement for all their endeavors and encouraged them to continue with their mission in the parish. 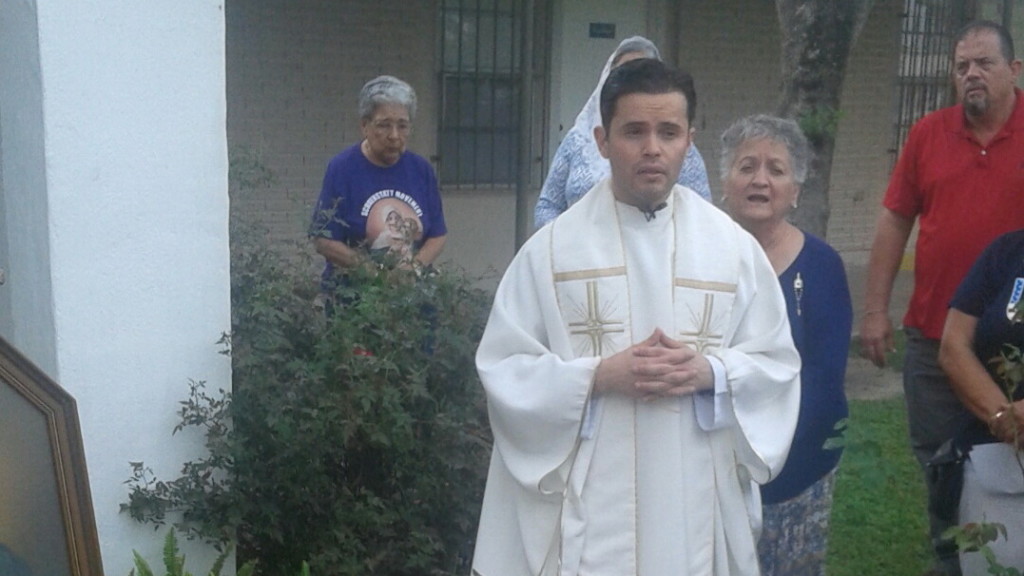 The original MTA picture that had graced the little shrine was near the altar. Today, this picture is in the Home Shrine of Lucio and Olivia López. After the Eucharistic celebration, it was carried in procession to the front of the little shrine. The Covenant of Love with the Mother Thrice Admirable, Queen and Victress of Schoenstatt was renewed.

Refreshments and fellowship continued in the parish hall afterwards. It was indeed a day of many blessings for everyone attending. Joy, love and gratitude for the MTA were evident on all the participants’ faces. 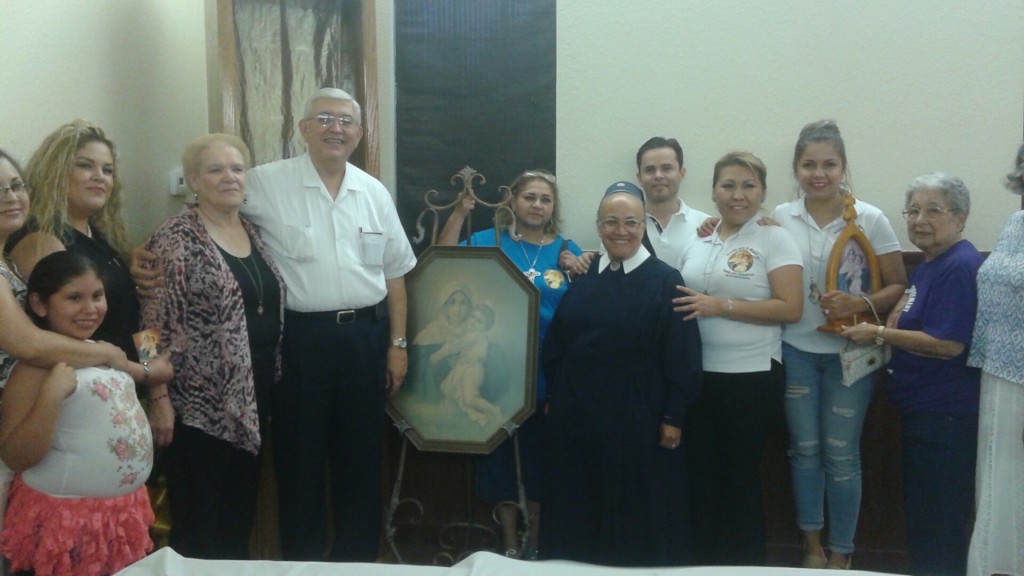