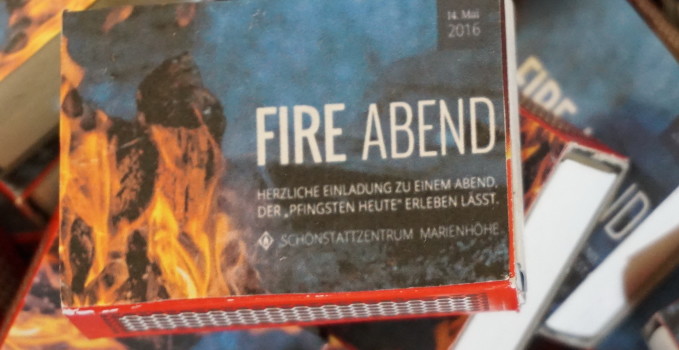 “Pentecost Today” – with No Ifs or Buts

“Pentecost – what’s it all about?” This was the question given to the visitors on the eve of Pentecost at the beginning of a special service in the packed seminar room on the Marienhoehe at Wurzburg. Young and old squashed together early that Saturday evening. The room was dimly lit, the windows had been blacked out – no one knew why. We had had to move to the seminar room, because the hall was occupied and the shrine far too small to take in the many interested participants who wanted to find out what was afoot at the Fire-Evening on the Marienhoehe at Wurzburg. 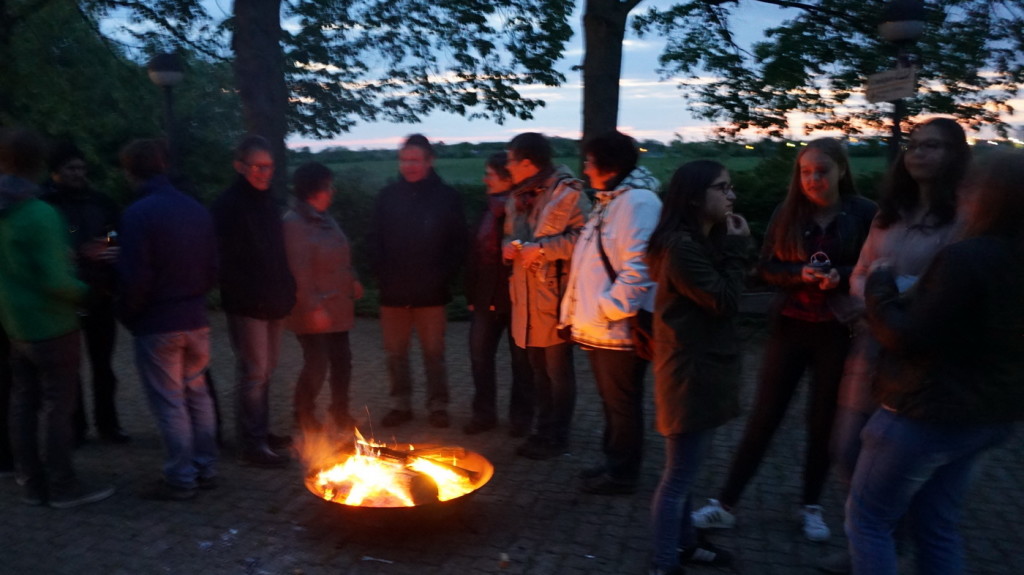 The celebration of the birthday of the Church was possibly a foreshadowing of the Church of tomorrow. Full pews, colourfully mixed and really interested participants in a little room that is usually put to other uses. It simply wasn’t a little cathedral or sterile concrete church – no bored and dutiful attendees – not a church service unrelated to life. Instead it was prepared by a group of dynamic Schoenstatters. A tableau connected the Pentecost at that time with the feast of Pentecost in our days, with which most people can’t do anything. Many worries, needs and fears were expressed before the active people of yesterday and today talked about the many BUTs in their lives. The BUTs that suffocate vitality, paralyse our efforts, and cause our good will to be shaken. Then the well-known signature tune of the TV News Bulletin broke in and announced that a remedy had been found for the BUT syndrome. However, it required a strong source of energy that had to come from outside. 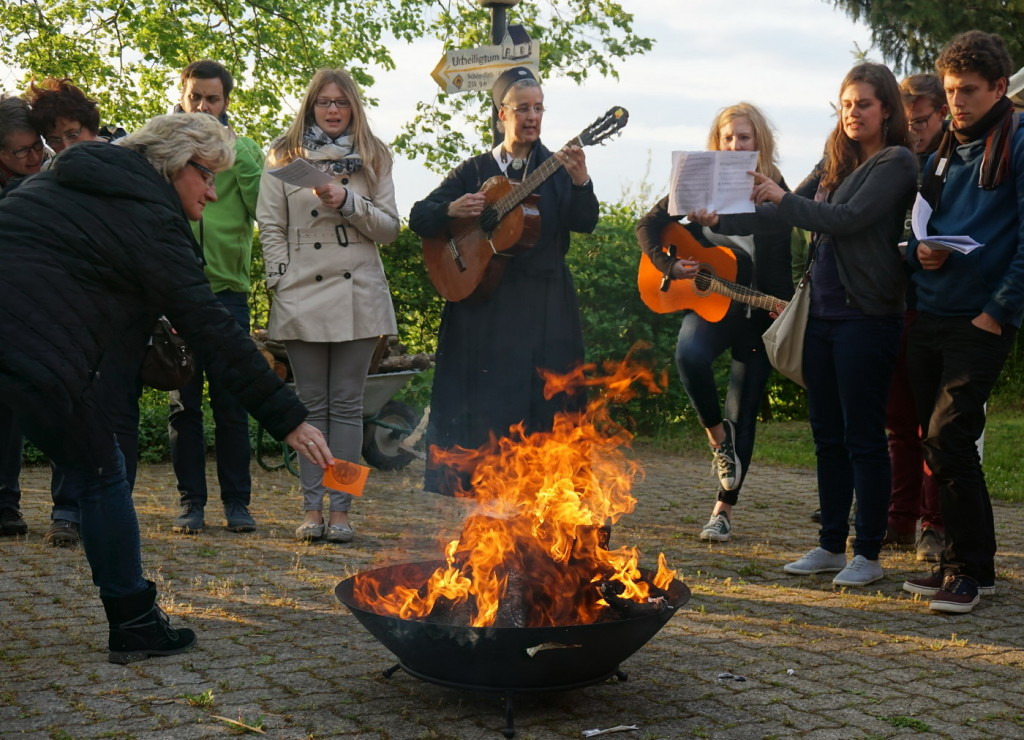 The Holy Spirit brings light into the joint

The Acts of the Apostles with its tongues of fire and many languages offers an answer about the source of energy. Symbolically the blinds were removed and the strong light of day poured into the room. Those present were then able to experience prayer as a source of energy in the various workshops during the religious service. No matter if it is singing as double prayer, dancing as prayer with the feet, or creative prayer – something fitting for everyone was on offer in the various rooms of the Marienhoehe. After three-quarters of an hour of genuine life praxis, the religious service continued during which Fr Peter Goettke offered encouragement at various points to overcome the many BUTs in our lives. “God never says BUT, but nevertheless”, was his message as he reminded us how at that time Jesus had taken away the disciples’ BUTs. He himself recommended that we hand over our BUTs to the Holy Spirit, and instead expect his many and varied gifts. 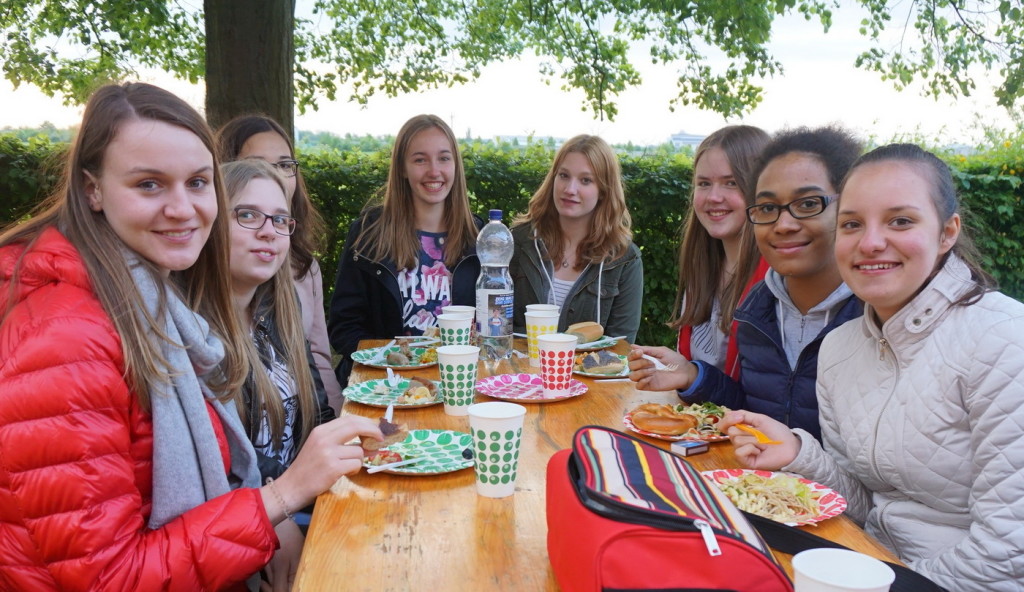 Fire with sausages and buffet

What would such a Fire-Evening be without a genuine fire? It awaited those who had attended the service, who found it in front of the shrine. In view of the low temperatures the fire was also very necessary. The Pentecost requests written on small tongues of fire found their way into the genuine fire, and after a few songs all were invited to enjoy sausages and a plentiful bring-and-share buffet around the fire. Young and old sat together for a long time to talk about anything and everything. All agreed that this wasn’t the last Fire-Evening at the Wurzburg Marienhoehe, and had to be repeated without any ifs or buts.