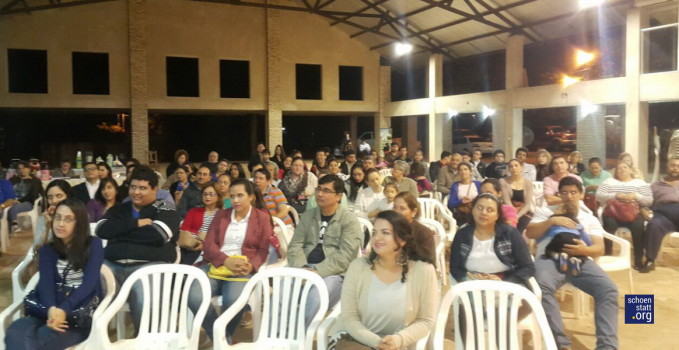 On 11 May we had a wonderful gathering with María Fischer at the Terruño Shrine: she presented a talk on Fr. Joseph Kentenich, creator of attachments, focusing on the centenary of the MTA Magazine.

Today, the language of organic attachments, is the time that we give

That night several members of the large Schoenstatt Family from Este heard magnificent anecdotes about our Father and Founder. María gave us more than an encounter. She made us discover two very important things: above all, the personal attachment with the Father and Founder, the great love of a Father towards his spiritual children and all the great things derived from this love. Today we suffer from a terrible lack of time; a crutch that is constantly used expresses it: “I don’t have time”. Firstly, this workshop, more than one person discovered that first and foremost, attachments must be created if we are to speak about a covenant culture. Moreover, attachments are created through good communication. Father left the door to his office open day and night; he read the fifteen thousand letters he received, he replied with the greatest degree of commitment. No one was left without a response. 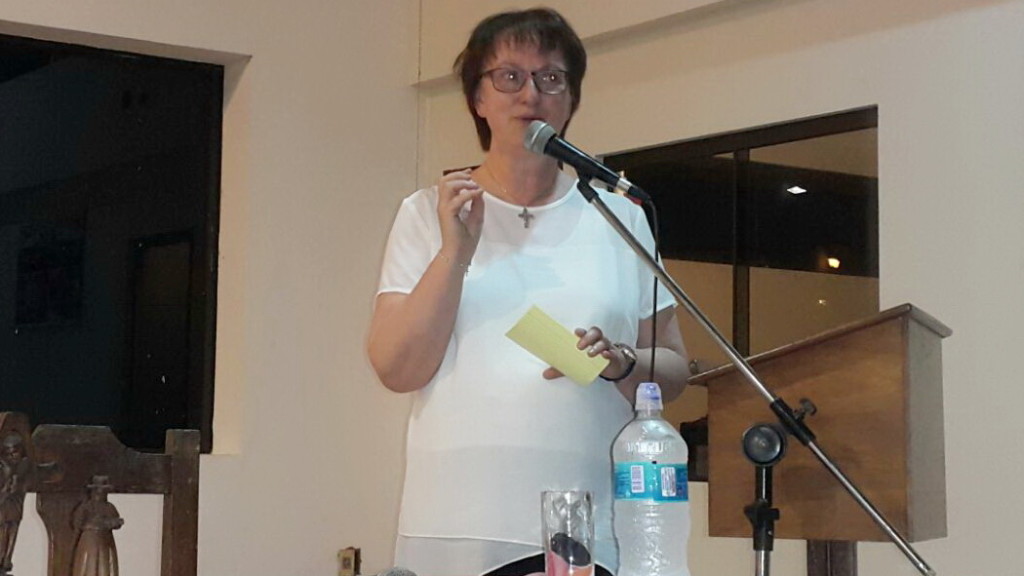 A gathering of hearts that burn for the same mission

The second great discovery was Kentenich communication. María narrated the case of Joseph Enging: during the war, the idea emerged to create groups among the sodalists, but Engling said it wasn’t working. Fr. Kentenich’s suggestion was that all their souls burn in unity for something in common. In this way, group life improved because there were vital bonds among the members. The affection that was needed, the freedom of expression and choice that goes so much further than simple marketing. “Experiences are not sold”, true experiences are transmitted with the Father and Founder and with the Blessed Mother. 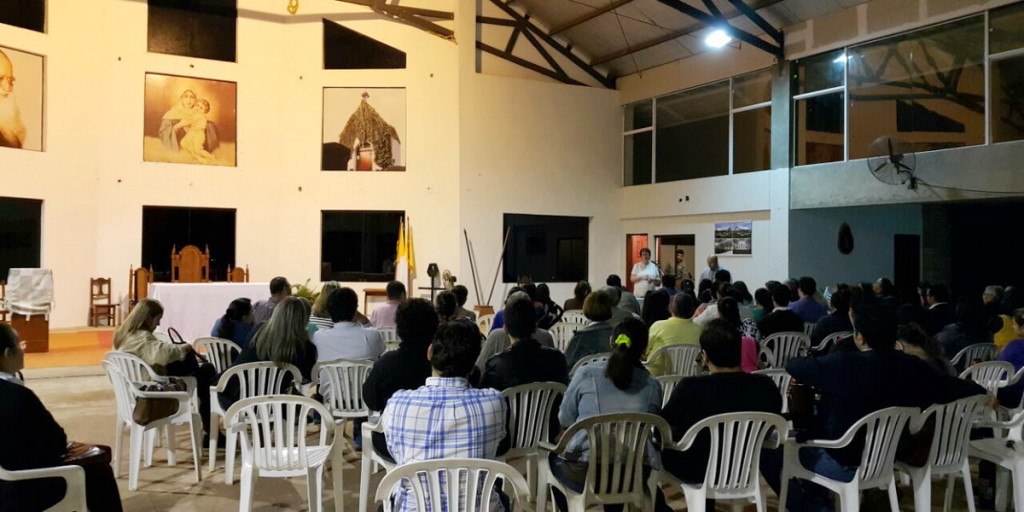 “Jesus: you are never so busy that my visit bothers you”

That night I learned a prayer by Father that touched my soul: “Jesus, you are never so busy that my visit bothers you”…Let us extend this prayer to other souls so that everyone will feel unique and loved by Jesus. By transmitting this prayer, we will become small communicators, but above all, small Kentenichs, giving some of our time and good communication. A hundred years ago, what motivated Fr. Kentenich to publish a magazine in the midst of the great shortage aggravated by the war? It was the great paternal love that he had for his own. If he did this a hundred years ago, imagine what he would do now that he is in heaven with the Blessed Mother! What other acts of madness would he commit for you and for me! Let Father surprise us…

In conclusion, I can say that many left so touched that requests poured in for another workshop in Ciudad del Este.

Thank you, María, for giving us the secret engine of good Kentenich communication.