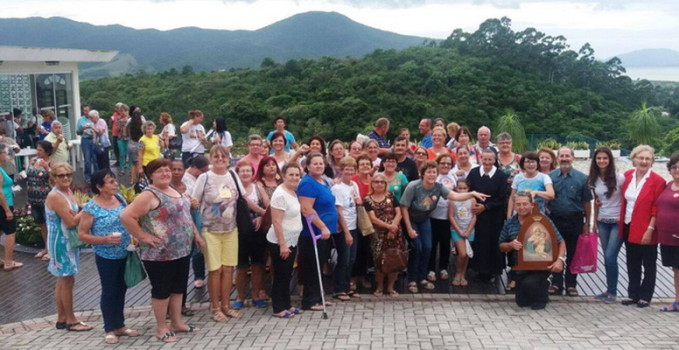 God showed through the donation of land and a house at Biguacu in Florianópolis, where he wanted the Shrine of the Mother and Queen of whom so many in this state love. Since then, work groups have been created and the Schoenstatt Family throughout the state has been working materially and spiritually for the construction of their Schoenstatt Center.

The Schoenstatt Sisters of Mary, who take care of the Schoentatt Movement at Santa Catarina, were already living on the new land, which was solemnly blessed by the Archbishop of Florianópolis last September. 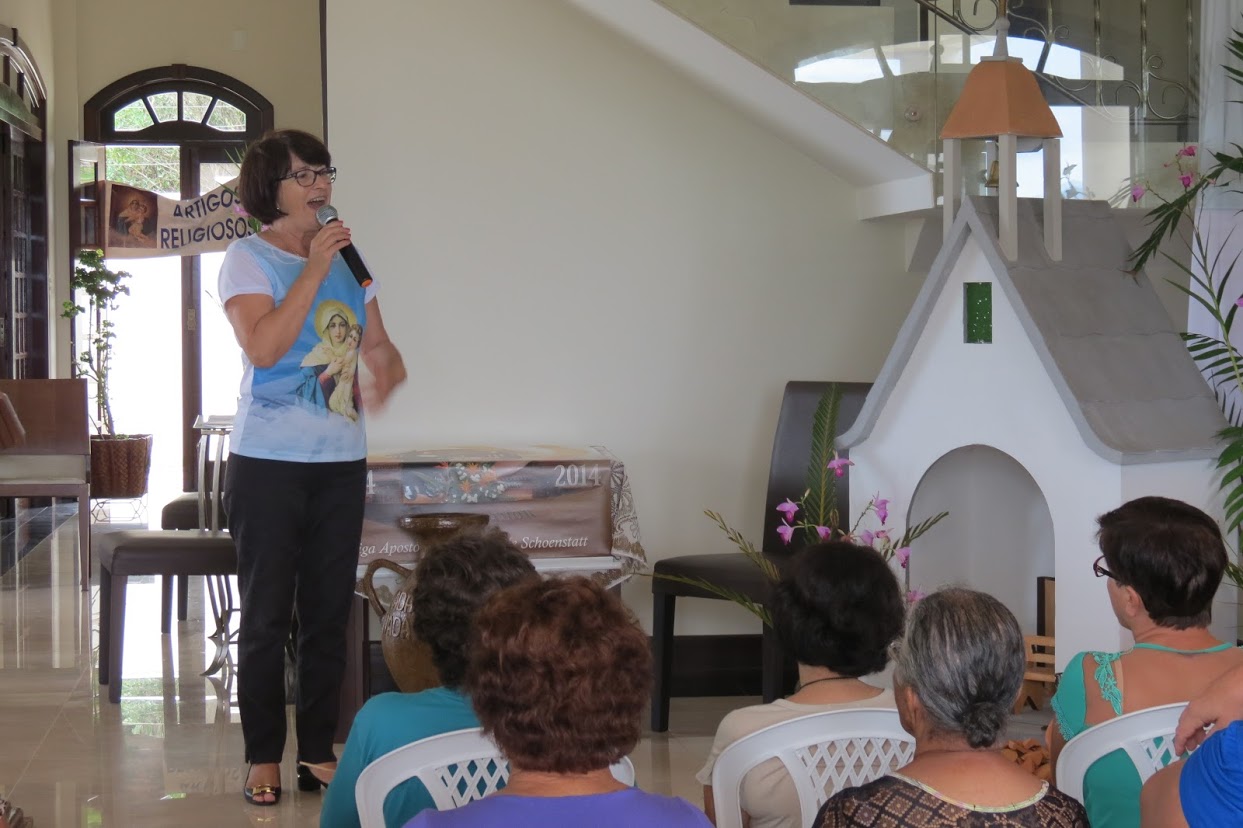 The Blessed Mother attracted her children to her future dwelling place: on Sunday, 28 February, a caravan of more than 100 people made an official pilgrimage to the Shrine’s land. They arrived from Joinville/SC, and Fr. Ivam Macieski accompanied them. The ‘pilgrimage team’ of the future Shrine cordially welcomed them.

The teams working for the Santa Catarina Shrine are comprised of professionals from diverse fields, members of the Schoenstatt Family, and by supporters of the Movement. Everything was done with much love ‘for our mother.” One of them, architect, Suelen Miotto, was at Santa María for a few days, close to Tabor Shrine, to learn about this very important center in Brazil’s Schoenstatt history, and also to dialog about their collaboration to carry out this long awaited dream. Her husband, Fabio, and little Tobias, accompanied Suelen. She returned home very happy and even more aware of the responsibility that falls to this generation that wants to be the “foundation” for the future Schoenstatt Shrine. 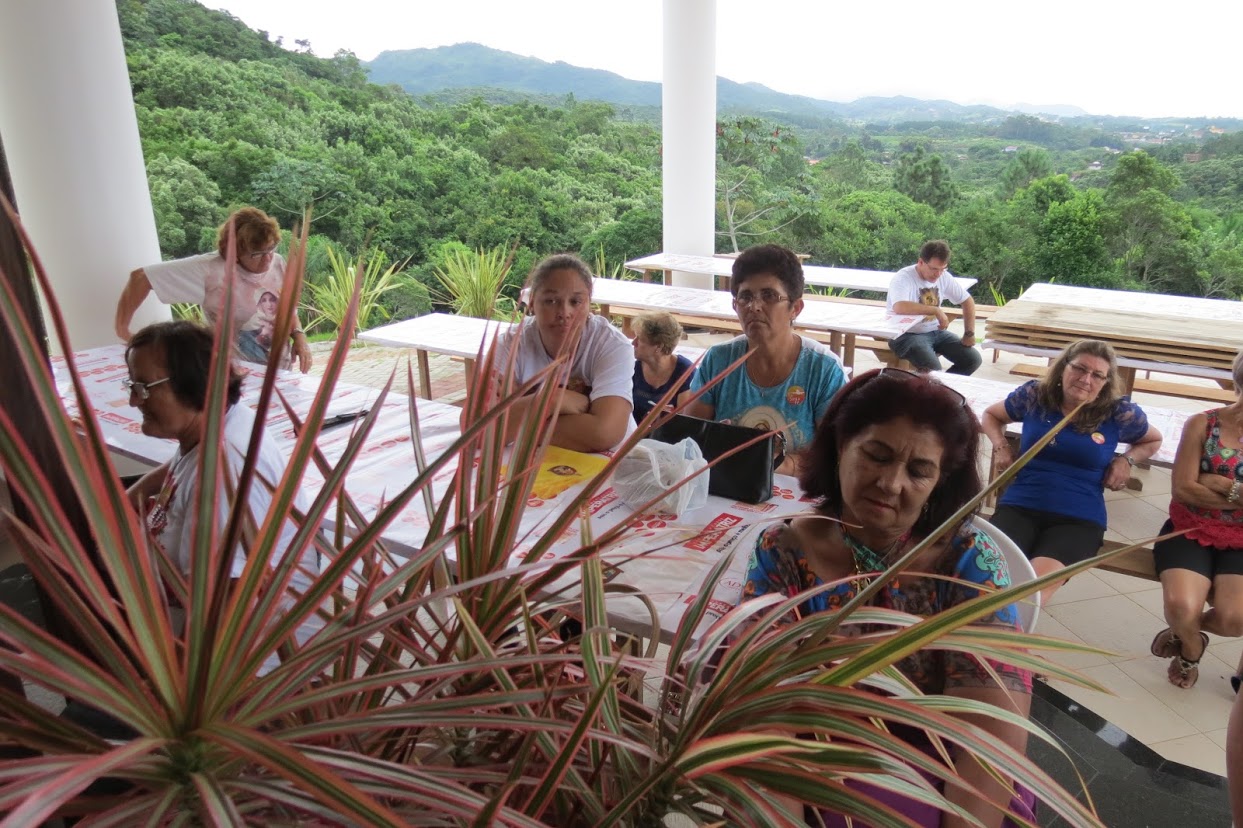 A look at the map of Shrines

For some time, there were two green markers, along with the many yellow markers for the small blue shrines. That meant “future Shrine”. On 19 March, when the Shrine of Talca at Chile was inaugurated, one of those green markers became a yellow–blue marker of a shrine. However, when that happened, a new green marker already pointed a spot in Biguacu, Florianópolis, where soon, very soon, another shrine will emerge! 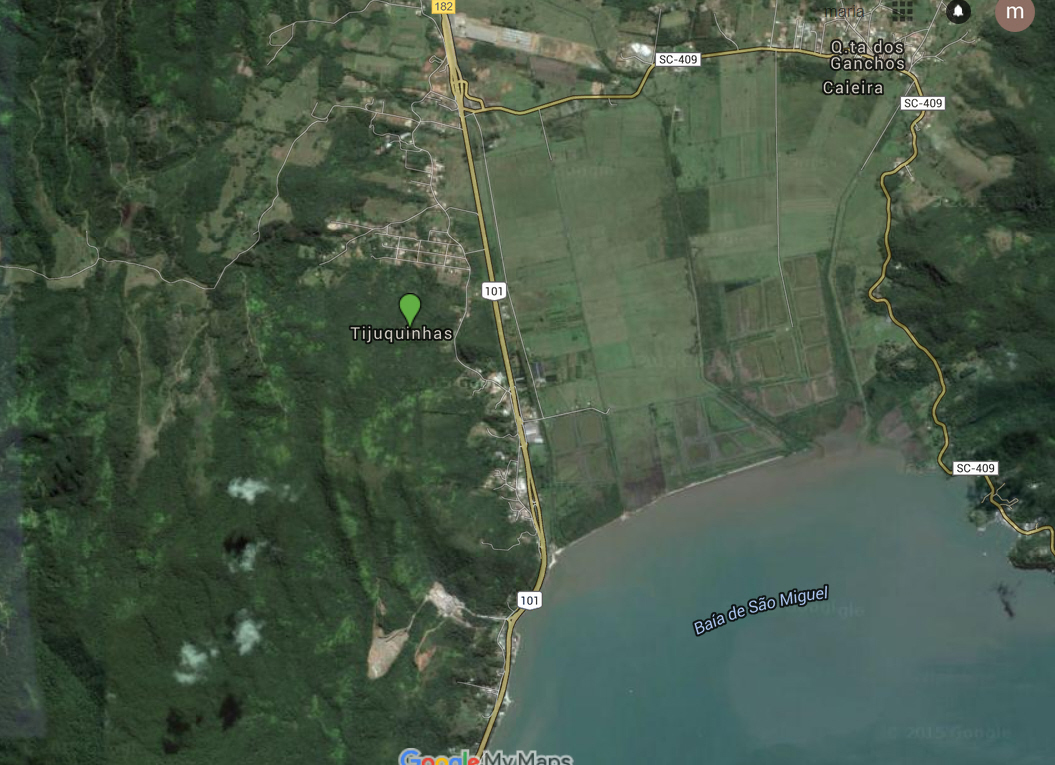