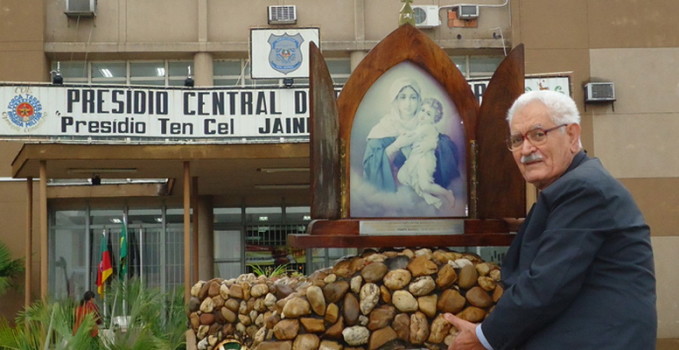 The Brazil’s southern region Schoenstatt Family began Holy Week with some sad news: Giuseppe Marramarco died. He was known for his untiring apostolate with the Pilgrim Auxiliary MTA among convicts in Río Grande do Sul.

Giuseppe Antonio Marramarco was born in the city of Corleto Perticar, province of Potenza, Italy, and at the age of 23, he arrived as an immigrant to Brazil on 24 March 1951. Upon arriving at Porto Alegre, where he lived with his uncle, he rented a room at a boarding house in the Floresta neighborhood. He worked as an employee of a service station, and after a year of sacrifice, he was able to repay his father and his godfather the sum they had loaned him to travel by boat to Brazil. He also worked at a butcher shop to learn the trade, and four years later, he was able to open his own butcher shop. He was already married to a young girl from Garibaldi, Clarita Lorenzi.

In 1985, his life was transformed by an encounter with the Servant of God, João Pozzobon, a few days before his death. In one of many interviews that he gave in 2002, when the RBS media business conferred on him the title of “Honorary Gaucho,” or in 2010, when the Porto Alegre City Council named him “Citizen of Porto Alegre,” Mr. Marramarco related: “João Pozzobon transformed my life. I noticed that the elderly, almost blind person had done so many things, while I only wanted to have money and pleasure. During three years, I had an internal struggle between having money and working for God. God’s strength was greater. I stopped working to become a missionary.”

Mr. Marramarco began to dedicate himself to the Pilgrim Auxiliary MTA of the Porto Alegre Shrine like João Pozzobon, taking it to hospitals and schools, but it was in the jails where he found his apostolate’s privileged field. 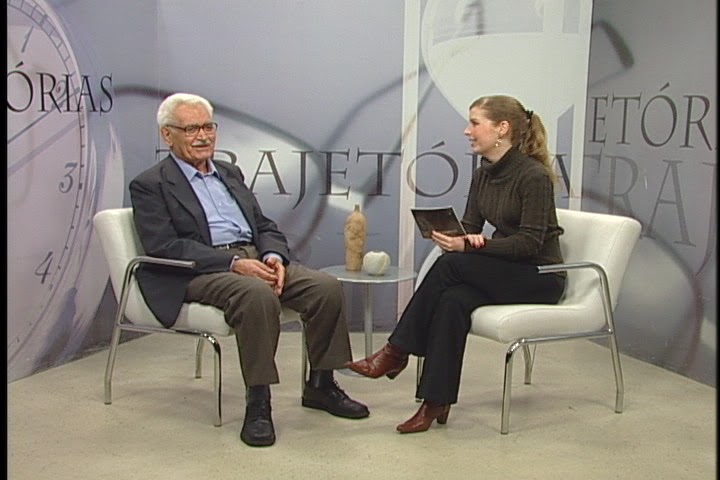 He dedicated himself untiringly to the prisoners and their relatives, and his work was recognized beyond the Schoenstatt Movement. He was the coordinator of the prison ministry, and he was one of the founders of a support foundation upon release from the penitentiary system (FAESP). He would enter very dangerous areas of Río Grande do Sul’s most feared prisoners, such as Cahrquedas, the maximum-security prison, and the Main prison of Port Alegre, with his Pilgrim Mother. Many times, he affirmed that he had seen disfigured men because of the situation in which they lived fall upon their knees behind the bars before the Pilgrim Mother. Through his missionary work, he helped many find the road to conversion.

He nourished his great apostolic zeal through prayer and attachment to the Shrine. In 2015, a priest from the Diocese of Porto Alegre gave a testimony about him: “As a seminarian I accompanied Mr. Marramarco many times in his apostolate. I was very impressed with his apostolic work, but it was most impressive to see him praying silently in the Shrine.” The renewal of the crowning of “his” Pilgrim Mother was such an outstanding moment in the life of the Schoenstatt Family; it was one of the main ceremonies during the one hundred years’ celebrations of the Covenant in October 2014, at the Shrine Maria Cor Ecclesiae, at Porto Alegre. 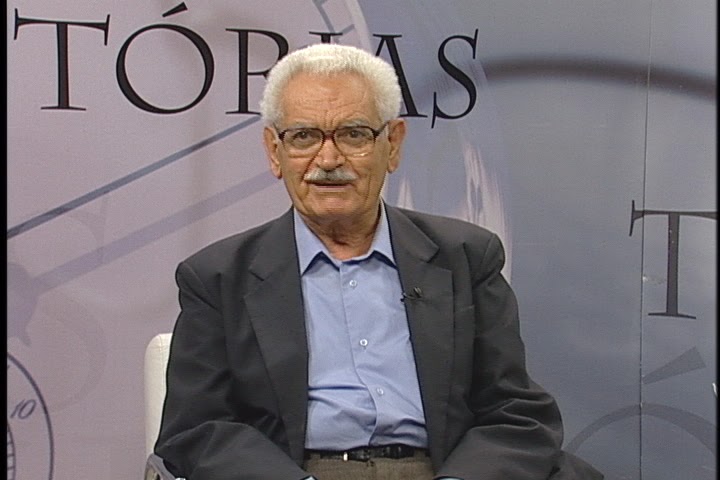 The “Blessed Mother continues on her road” and so does Mr. Marramarco

Last year, aware of his diminishing strength and that the Pilgrim Mother “needed to continue her road,” Mr. Marramarco entrusted his Pilgrim Mother to the care of the Schoenstatt Sisters of Mary at Porto Alegre. Divine Providence wove the threads in such a way that a week before his departure for eternity, at the closing of the Regional Gathering of Coordinators of the Schoenstatt Rosary Campaign, the representatives of the Archdiocese of Porto Alegre assumed responsibility for the Pilgrim Auxiliary, Mr. Marramarco’s loyal companion, in a special ceremony of “re-commissioning” at Santa Maria’s Tabor Shrine.

The Blessed Mother continued on her road, and so did Mr. Marramarco. Now in eternity, he will be a loyal intercessor before God for those who gave their yes to continue the apostolate that he carried out so lovingly.

In addition to João Pozzobon and many others who dedicated their life to the Mother and Queen of Schoenstatt, the Schoenstatt Family has another example in which to see its self.

“An Italian takes light to the jail”

In 2002, schoenstatt.org published an article about Giuseppe Marramarco, about this tribute:

From a personal encounter that he had with João Luiz Pozzobon, “Father Joseph” takes the picture of the Schoenstatt Pilgrim Shrine to the prisoners; he was honored as “Honorary Gaucho” in Porto Alegre.

Upon completing 45 years of history, RBS (the largest multimedia network in southern Brazil) paid tribute to ten personalities of Porto Alegre, who live and work in Río Grade do Sul, with the award of “Honorary Gaucho 2002. The ceremony was held Monday, 2 September. Luiz Felipe Scolari, the technical director of the fifth soccer championship, presided at the award ceremony. This ceremony was held at the Sesi Theater. A simple man of Italian origin, who personally met João Pozzobon a few days before his death in 1985, and since that moment, he took the Pilgrim Mother to the prisoners, was among those who received this award.

Since this designation was instituted in 1973, 123 people, who were not born in Río Grande do Sul and who have contributed to the economic, social, culture and communitarian development of the state, have received this honor.

Neither “Father” nor José

Among the thousands of Spanish, Italian and Portuguese immigrants who disembarked at the Port of Santos on 24 March 1951, there was a young man with little schooling and of scarce resources. He succeeded in life, he was able to give his four children a higher education, and in the end, he left everything to dedicate himself to the most disadvantaged.

He travels through the jails taking a picture of Our Lady, and the prisoners know him as “Father José”. He is not a “Father” and they don’t call him José. His name is Giuseppe Antonio Marramarco.

The “legend” of Father José began at the root of his encounter with João Luiz Pozzobon, whose process of beatification is already on its course for taking a picture of the Schoenstatt Pilgrim Mother, traveling on foot for 140,000 kilometers. Marramarco was with him on only one occasion in 1985, a few days before his death. That was enough.

“He transformed my life. I realized that his man, who was already old and almost blind, had done so many things, while I only thought about having money and pleasure. I had an internal struggle for three years between having money and leaving it all to serve God. God’s strength was greater. I stopped working to become a missionary,” said Marramarco, who is 74.

He dedicates his life to taking the Pilgrim Mother to prisoners

He joined the Schoenstatt Apostolic Movement and he wanted to continue the custom of taking the picture of the Pilgrim Mother everywhere. He decided to place himself at the service of those whom he considered the neediest and most abandoned, the sinners: the convicts. Today he is the coordinator of the prison ministry of the Archdiocese of Porto Alegre; during fourteen years, he has visited several jails to give consolation to the prisoners and their families.

“I go from prison to prison, praying and giving the prisoners advice. They are desperate people, to whom I try to take some light. In all this time, no prisoner has ever said an offensive word to me.”

Five years ago, Marramarco expanded this work outside of the jails, helping to establish the Foundation of Support upon Exiting the Prison System of which he is vice-president. That institution helps the ex-convicts to reintegrate into society.

“When the ex-convict completes his sentence, he has nowhere to go, then he commits crimes once again because he does not even have anything to eat. We have taken care of two hundred and we only know of one case of recidivism,” he observed.

Busy from morning to night with the prisoners and with the ex-convicts, this missionary also finds time to preside at the Institute of Social Assistance for Italians, which he founded and through which he helps one hundred twenty immigrants born in Italy, who are in a situation of poverty and abandonment. He goes to the encounter of each one of them once a year.

“Nowadays I do not have a half hour free; my day begins at 6:00 a.m. and ends at midnight. I had never worked so much,” he revealed. 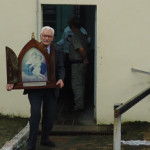 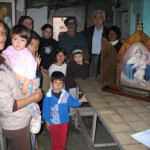 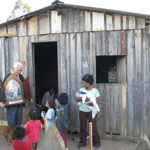 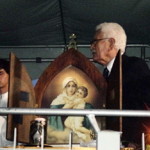 Now he has time…

We can be sure that the apostle of the prison ministry will continue his mission from heaven. At this time, the Tupãrenda Mother House is being built, it is for youths who have completed their prison sentence. There they will receive work training and accompaniment in the new stage of their life. 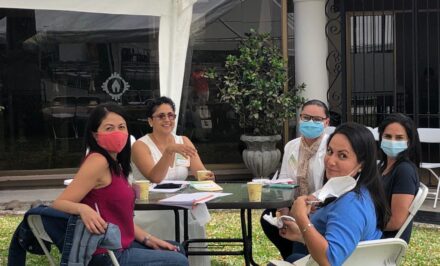