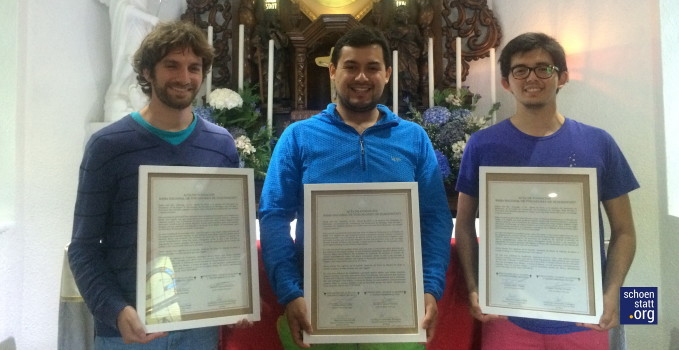 First Workshop toward National Unity for the “Forjadores”

In Chile, the Men’s column is formed by:

Young Professionals and Forjadores [Blacksmiths] are two branches that correspond to the interest of young graduates entering the work force with a great awareness of transforming the world and society especially in terms of work. 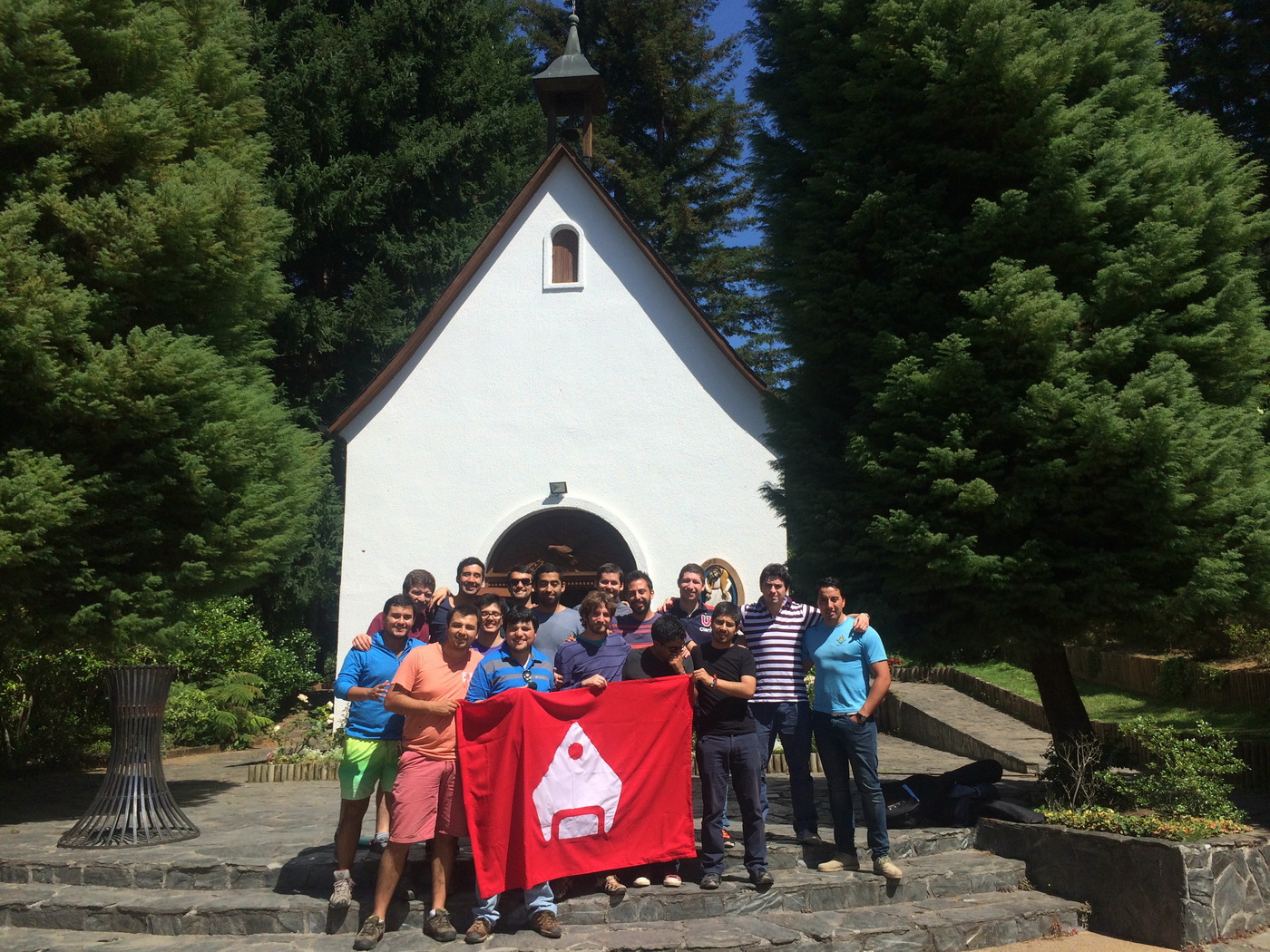 The beginning of a founding process

2015 was a time that Forjadores will recall as the beginning of the founding process of a new Schoenstatt community.  During this period, Santiago was the place where a groundbreaking proposal of how to be community, how to address the working world from a Schoenstatt perspective, and how to join forces in view of accomplishing serious and professional apostolic projects that go beyond the limits of the shrine initially originated and developed.

Shortly thereafter, the new Forjadores became aware that what they had in hand at the right time and place was truly a gift from our beloved Mother Thrice Admirable.  In effect, this gift left an immense life current, marked by a creativity expressed in symbols, capital of grace, new structures and work commissions with their own tasks.

A gift like this that aroused so much life to our inner community should be communicated to as many as possible.  Therefore the task of making contact and boosting the development of the Forjadores in other parts of the country was undertaken.  Shortly thereafter, two shrines joyfully and enthusiastically welcomed the idea of this new community. Consequently the Forjadores was not only a Santiago group, but it spread to other parts of the country:  Viña del Mar and Temuco.

The idea of the first workshop

This is the background of the Montahue Workshop 2016, carried out 30, 31 January.  It was the first time that the country’s Forjadores had met, established friendships, and most importantly, channeled themselves as a national branch in 2016.

On this occasion, the Forjadores from Viña del Mar, Temuco and Santiago attended.  As the name of the gathering indicates, the main objective of this activity was to unite and to be recognized as a national branch.  The original plan was to carry out some get acquainted activities on Saturday, to discuss the national event and what tasks we should assume in our work and social reality.  On Sunday, we focused on presenting the work of the communities in 2015 and working on the founding symbol discovered by the Santiago Forjadores.

We did all of this, ending the workshop with a beautiful Mass that included the formal act of founding, the unexpected also happened at this gathering, and in a very opportune manner.  Because this workshop also served as a time of reflection about how to work together, this is not always very easy.

A blow to centralism

Because of local proximity, the Forjadores from Santiago and Viña del Mar worked closely during 2015, while the reality of Ayinrehue was significantly different.  Thanks to distance, the Forjadores from Temuco developed autonomously; they discovered their own ideals and formulated new apostolic proposals.

The story of the Forjadores from Temuco was enlightening for everyone.  In its short time of existence, this community already has its own identity, which is very different to the Santiago mentality.  Since the beginning, they affirmed that they wanted to work hand in hand with Santiago, to found a national branch. They did not only come to be recipients of what the center of the country offered, instead, they contributed their own vision and guidelines.

It was a blow to unity that we did not expect.  However it is good that it happened, because it showed us that the current of life that appeared in Santiago was valid.  This is what we took from the workshop.  The Forjadores was no longer a community from a single city wanting to sow seeds in other places, carrying out its development according to its vision; instead it became a federation formed by groups that purports autonomy and its proper growth.

That is also the task of the Viña del Mar community. It is called to discover its own identity, to recognize the challenges of its local culture and carry out its own history.  It is the call of every Forjadores community.

The Unity Workshop was a success, because it defined the way to work this year; it respected local identity. The Forjadores remained united in a common charism with commissions oriented toward the communal apostolate, the founding of Forjadores at other points of the country and a shared training itinerary. 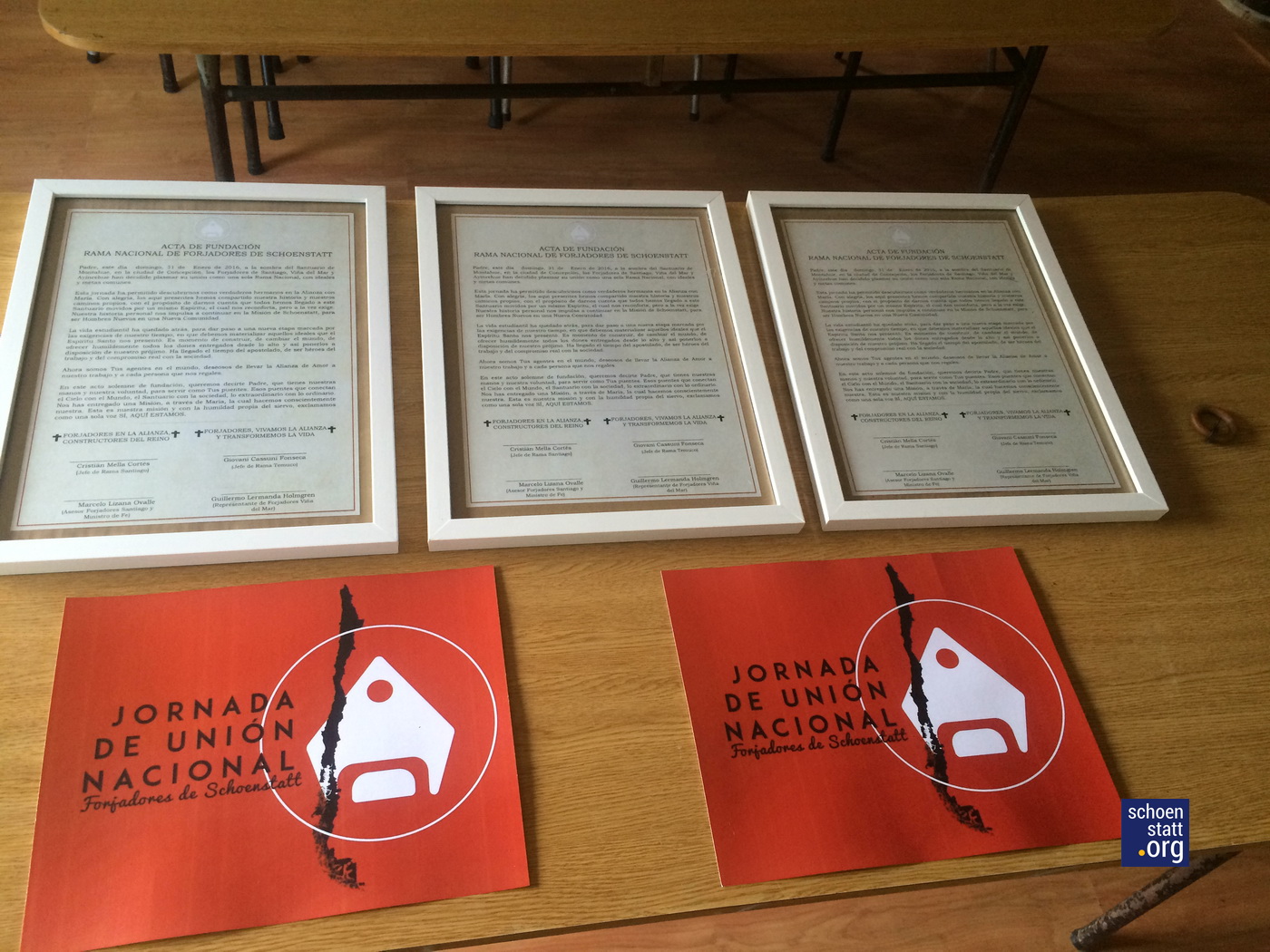 Source: Vínculo, Magazine of the Schoenstatt Movement in Chile ♥