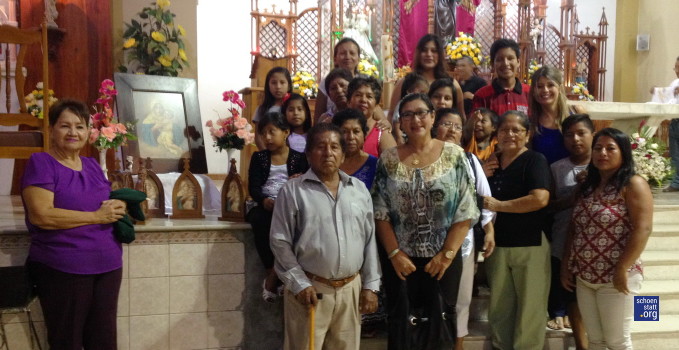 A Missionary, ten Pilgrim Mothers, an earthquake, and a world-full of Schoenstatt solidarity

“We are very enthusiastic as we look forward to this 18th,” wrote Fernando González, a missionary of the Pilgrim Mother from Salinas, in the province of Santa Elena, in Ecuador. A few days prior, he had contacted the schoenstatt.org editorial team with a simple question: “How does one organize an 18th?” With a little bit of material and a lot of encouragement, he convoked the other missionaries to find a location and to prepare everything. He promised to send photos and the editorial team decided: Salinas will be in our article about covenant day, 18 April.

“This 18th I will try to do it in a chapel close to where we live, and I will try to invite people who are receiving the Pilgrim Mother,” he wrote.

A few hours later a terrible earthquake placed Ecuador in the spotlight of the Schoenstatt family’s covenant solidarity…There are Schoenstatters, a wayside shrine, and Pilgrim Mothers in the most affected area near the city of Pedernales, which is almost completely destroyed. Many prayers were offered on their behalf, for the entire country’s Schoenstatters, for all the victims, and for everyone who is running to their aid. 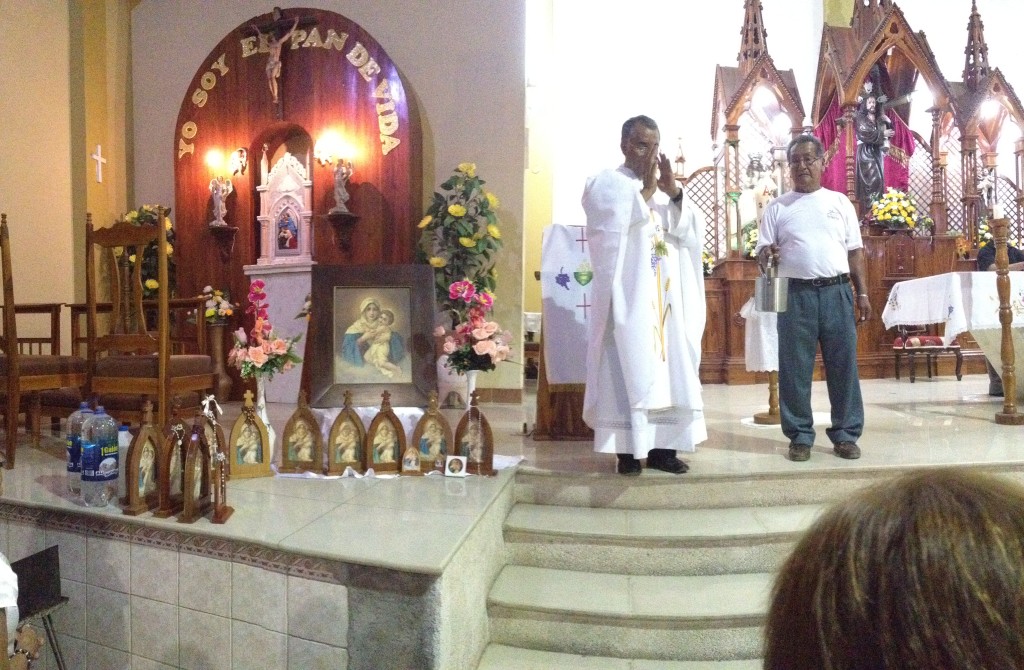 “We live on the coastline, and thank God and our Blessed Mother, nothing happened in our area; our brothers/sisters from Esmeraldas and Manabí, in the northern part of our country, were the most adversely affected,” Fernando Gonzáles wrote on Sunday, 17 April. “Aid and solidarity is already being carried out.”

The first 18th celebration was held in Salinas on 18 April, with Mass in a beautiful chapel, where Fernando placed a large picture of the Mother Thrice Admirable of Schoenstatt along with ten Pilgrim Mothers. The missionaries and more than twenty people of all ages were united in the Covenant of Love.