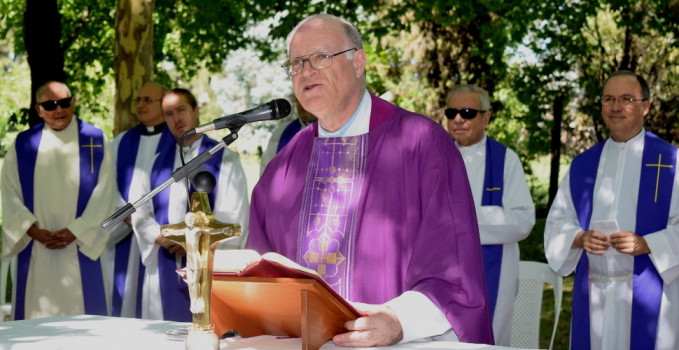 On the 22nd Feast of the Sion Shrine, Fr. Juan Pablo Catoggio, General Superior of the Schoenstatt Fathers who at that time was visiting Argentina, said that “love and the infinite mercy of God for his children are perhaps the major points of encounter between Pope Francis and our Father and Founder.  They both have the same desire, the same conviction:  that this message of Mercy reaches modern man today who needs it so much.” 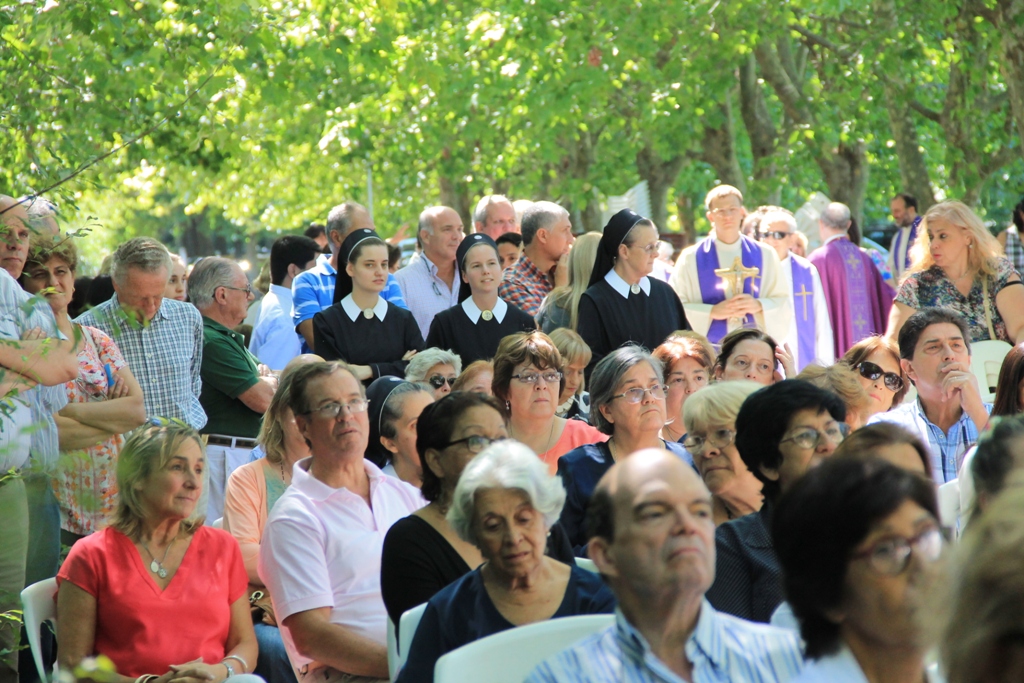 All wanted to be present at the Sion Feast

That Sunday was a sunny morning in Florencio Varela and from early on, cars and busses began arriving from various communities in the Greater Buenos Aires Region.  There were pilgrims from the Family Work, the Vocation Circle, the Schoenstatt Sisters of Mary, the youths, the Women’s Federation, the Rosary Campaign, the Mothers Branch and nearby neighbors.  All wanted to be present to accompany the Schoenstatt Fathers from Argentina on the 22nd Feast of Sion, and a special mention about three ladies and members of the Mothers Branch visiting Argentina from the Shrine in Querétaro, México.

During his welcome, Fr. Javier Arteaga, Regional Superior, shared two items of news on this Feast.  First that Mass was celebrated on the side of the Shrine, and not in front of it, since the trees around the Shrine were pruned so they can grow stronger, and therefore, there is little shade in the area, which in February is a big consideration in Florencio Varela. 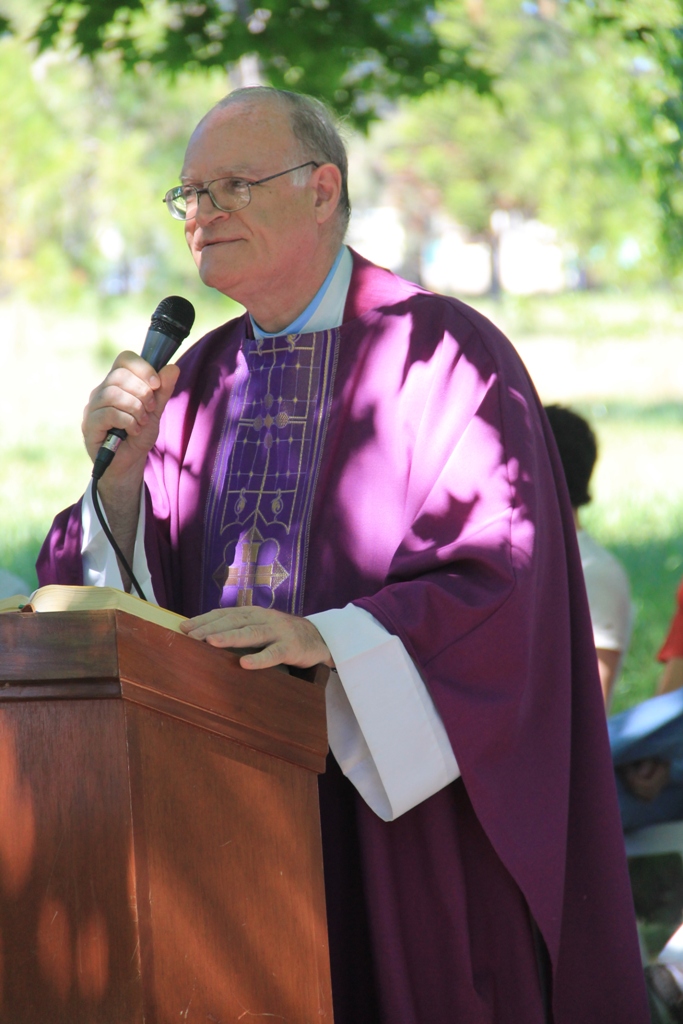 The second and more important news item was that the person who accompanied the Region’s Fathers for their Annual Meeting and who presided at the Mass was none other than Fr. Juan Pablo Catoggio, who showed his happiness on his first visit to his native country since being elected General Superior of the Schoenstatt Fathers this past August.  He expressed it thusly:  “It is a joy to be able to celebrate anew this Feast of Sion which marks, somehow, the beginning of the year.  It is a point of encounter in which, along with Blessed Mother and around the Shrine, we gather as a Family.”

In his homily, Fr. Juan Pablo centered his reflection on the text of Moses before the burning bush (Exodus 3:1-8, 13-15), from which we can find three moments and three names for God which correspond to three stages in the life of the faith:  in Moses, in our personal life, and also in the life of Father Joseph Kentenich.

The God of our fathers and our God

When he referred to our personal life, he posed a first stage in which God is “the God of our fathers, of our catechesis, of our tradition.”  A second stage in the maturing of the faith is in which “we discover God in a personal way, He is our God and we decide for HIM.”  Finally, in the third stage, we have the more profound experience that God sees our smallness, our miseries and sins with his love as a merciful Father.”

Three moments in the life of our Father and Founder 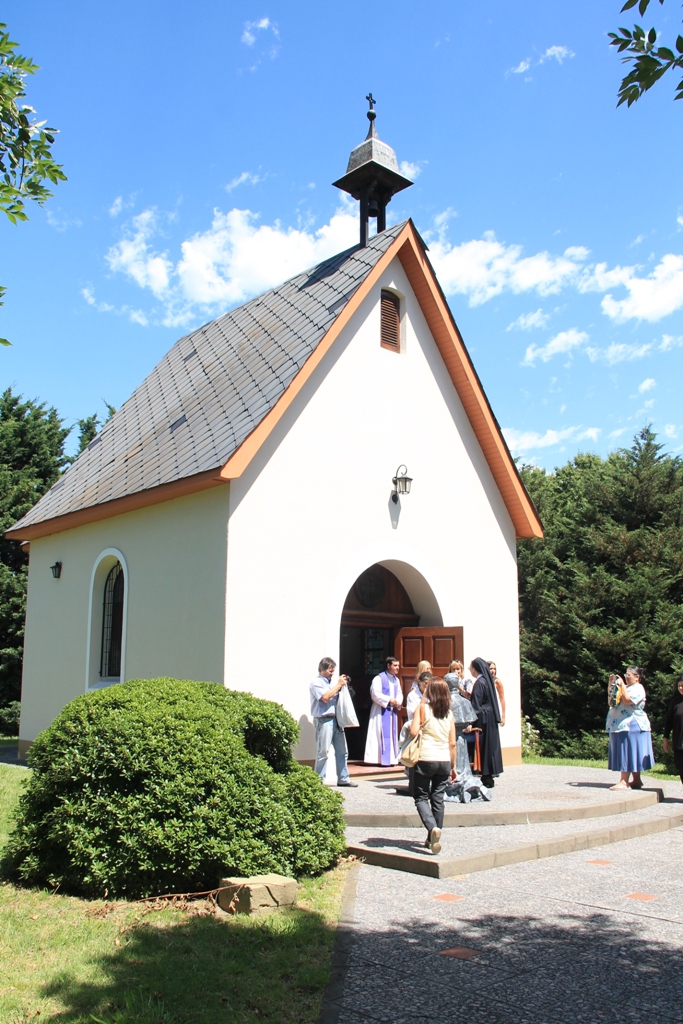 He then traced a parallel of these three moments with our Father and Founder’s life of faith. In the decade of the 1920’s, Father gave many courses stressing doctrinal themes, more catechetical.  In the 1930’s, he centered his message on Divine Providence:  the God of life who guides my history.  In the last stage of his life, at the end of the exile, when he was in Rome, he writes a Christmas letter to the Schoenstatt Family. In it, Fr. Kentenich said:  “What results as new for us is the extraordinary greatness of that divine and merciful love. (…) What is most important for us is God: the Father and his merciful love.” (Letter from our Father and Founder, Joseph Kentenich, to his Schoenstatt Family – Rome, December 13, 1965)

In the Shrine, Mary gives us the embrace of the Father

In conclusion, Fr. Juan Pablo reflected on the attitudes in this Year of Mercy and the request from Pope Francis that the Church has to be Mother, a home for everyone.  And he specified: “It is the message of Schoenstatt, it is the message of our Covenant and of our Shrine.  If there is something which Mary wants to give us in the Shrine, it is the experience of being favorite children of the Father who, when we arrive, embraces us with his mercy.”

During Mass, people continued coming, many more than in previous feasts.  This was reflected in the simple fact that at the time for Communion, there were not enough hosts and the Fathers had to go to the Shrine for more.

Some people were surprised to find fewer Fathers than in former years.  Fr. Juan Pablo explained the reason:  “Since last year, the community in Paraguay formed a delegation, so now they have their own meeting.  But present today are Fr. Tommy Nin Mitchell, Delegate Superior, and Fr. Martin Gómez who have participated in this Meeting at Florencio Varela.” 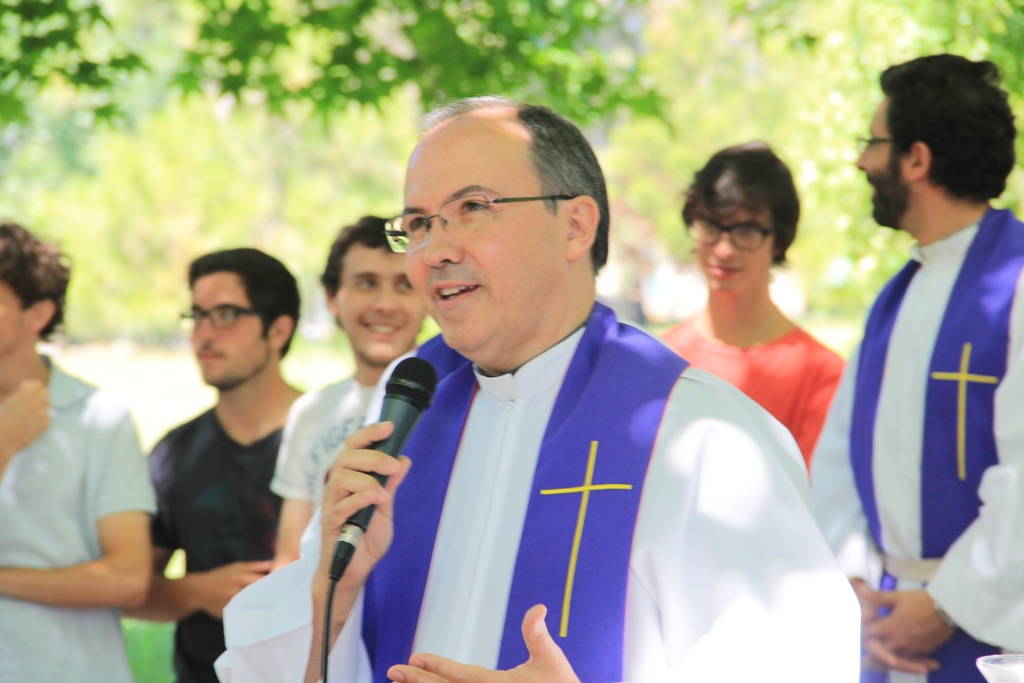 My first visit to Sion

For others, this Feast was the first visit to Sion.  Chana Piña from the Mothers Branch at Mater School in Buenos Aires relates to us:  “Often I was nearby, but it never happened that I would visit Sion.  Last Sunday, on the occasion of the Feast of the Fathers, I went for the first time.  There were many sensations, but the common denominator was the feeling of “Family.”  From the smallest gesture to Father Catoggio’s homily, everything had the odor of family.  Greetings, fraternal embraces among Covenant siblings, all were present:  youths, mothers, families, the Sisters… The Shrine deserves special words, beautiful like all the rest but with its originality, a Shrine for everyone, but cared for and taken care of by men who knew how to embody the love which Father Kentenich had for the Blessed Mother.  Undoubtedly, it was a beautiful experience of Family, united in the Covenant of Love, with the same Mother.” 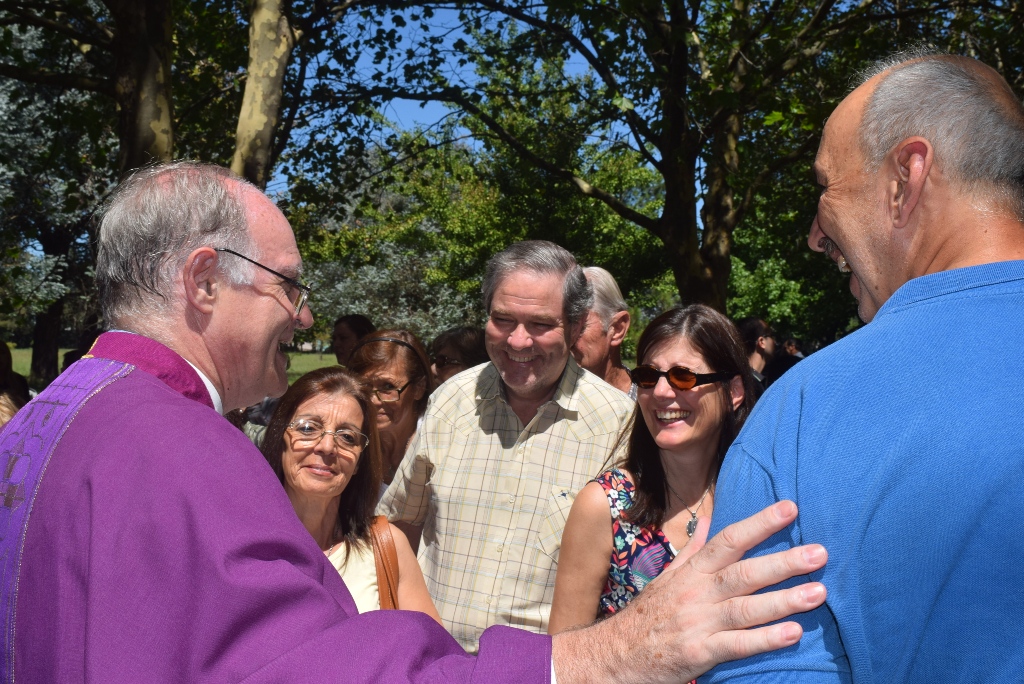 A surprise in the Shrine

After a well-organized lunch by the “Liberation Region” of the La Plata Family Federation of families, many went on pilgrimage to the Shrine.  An image that surprised and captivated everyone awaited them there:  Gabriel Schmidt, the sculptor, created a statue of Father Kentenich kneeling in prayer.  It was taken, especially for this Feast, from Belén de Escobar to Sion.  “This image is marvelous.  Father sees me and invites me to pray with him,” exclaimed a lady as she arrived to see the statue.

Accompanied by this paternal presence of the Father and Founder, Fr. Juan Le Vraux – ordained last November – was in charge of Adoration and Benediction that concluded this beautiful family meeting. 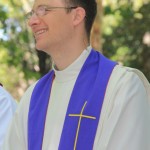 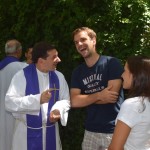 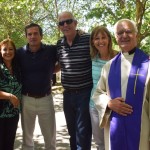 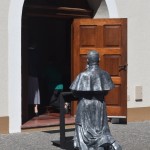