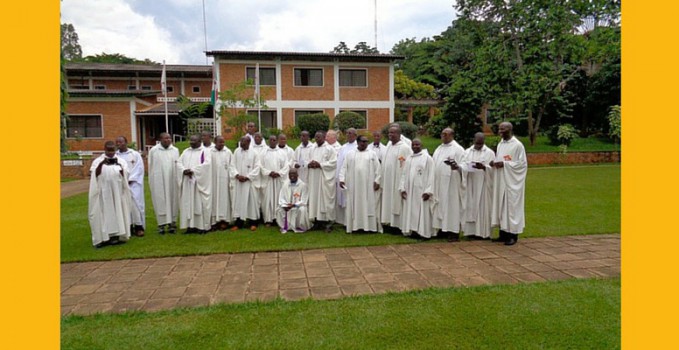 In 1989, two Burundian deacons were received as candidates to the Schoenstatt Institute of Diocesan Priests. A year later, deacons Denis Ndikumana and Adelin Gacukuzi were ordained as priests by Pope John Paul II during his historic visit to Burundi. On Friday, 4 December 2015, the many priests belonging to this Schoenstatt Institute, together with their General Rector, Fr. Peter Wolff, officially celebrated the founding of their region and the launch of their activities. The event took place during the Mass in the Mont Sion Gikungu shrine, the second shrine in Burundi to be built after the one in Mutumba. 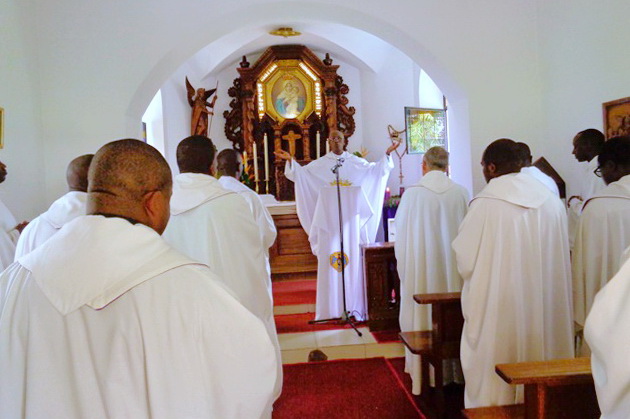 A beginning in difficult times 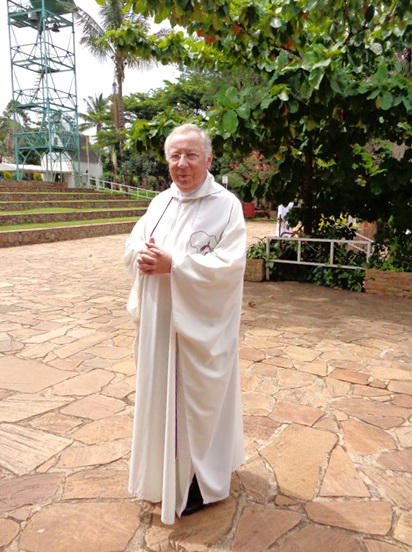 The Nazareth Region was created by the General Council of Schoenstatt Diocesan Priests on 18 September 2015 in Mont Moriah (in Schoenstatt, Germany), the headquarters for the Institute. The time had arrived to celebrate this important step their development. They recalled that Schoenstatt is a child of war, as Fr. Joseph Kentenich loved to say: Schoenstatt was born during the First World War. The Nazareth Region was also born during a difficult period for the Church, the world and Burundi. But God wanted this moment. He does not want us to rely on our own powers, but on divine grace, Fr. Wolff said.

This event took place after Pope Francis’ visit to Africa where he called for reconciliation and sanctity, during Advent and before the first session of the future General Congress, to be held in 2016.

The members of this new region had dreamt with this day for a long time, but so had Fr. Peter Wolf who regularly accompanied his Burundian confreres for more than six years. He said that he too had dreamt of this historic day, but he thought that he would leave the General Congress to decide on the founding of this region. Finally, during a meeting of the General Council, the other members encouraged him to create this region so that the Burundian confreres would be able to also participate fully in the General Congress with “Sitz und Stimme” [seats and voices] — the right to vote and be voted — and not as observers. The Schoenstatt Institute of Diocesan Priests is made up of about 200 members who live in 28 countries across the world.

A region with 39 priests 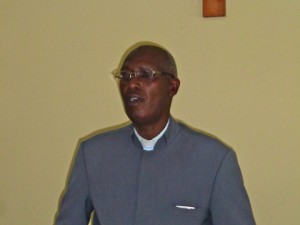 The rector of the new Nazareth Region is Fr. Jean-Marie Harushimana, the vicar general of the Gitega Archdiocese, and his counsellors are Fr. Lambert-Chrysosteome Nishimagizwe (Bujumbura Archdiocese) and Fr. Sébastien Kaneza (Ngozi Diocese). They were appointed for a period of six years, and can be renewed for a further six years. According to Fr. Jean-Marie, the Nazareth Region currently has 39 priests, nine of whom are overseas studying. They are divided across six of the eight dioceses in Burundi. They also appointed two formation directors for three years: Fr. Gérard Nduwimana as the formation director for new candidates and Fr. Lambert as the formation director for those preparing to renew their contract. Finally, the Nazareth Region will comprise four groups (two for the Bujumbura archdiocese, one for the Bururi and Rutana dioceses and another for the Ngozi diocese and the Gitega archdiocese).

In presence of the pioneers of Schoenstatt in Burundi

In addition to the diocesan priests celebrating the founding of their Region, the ceremony was attended by the Schoenstatt Fathers in Burundi led by Fr. Jean-Bernard Mazuru Rwango, the director of the national presidency, as well as the Sisters of Mary led by Sr. Marie Lizette Seitzer and a number of lay people. The presence of the first Schoenstatt Fathers to have come to Burundi (1974), Fr. Alfred Kistler and Fr. Othmar Landolt, did not go unnoticed. All of the invited guests shared in their joy for this new phase of development and Fr. Wolff did not forget to thank them for the role they played and continue to play. According to him, the Sisters of Mary and the Schoenstatt Fathers are the instruments that God and our Mother Thrice Admirable first chose to bring Schoenstatt to Burundi and supported the founding of the Schoenstatt Institute of Diocesan Priests in Africa. More than ever, these institutes complement one another in their various apostolic activities. They emerged by giving very symbolic gifts.

May the Immaculate Conception bless and protect the Schoenstatt and all of its branches. 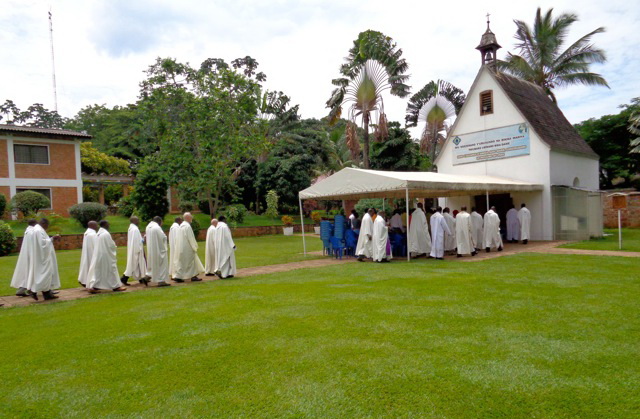