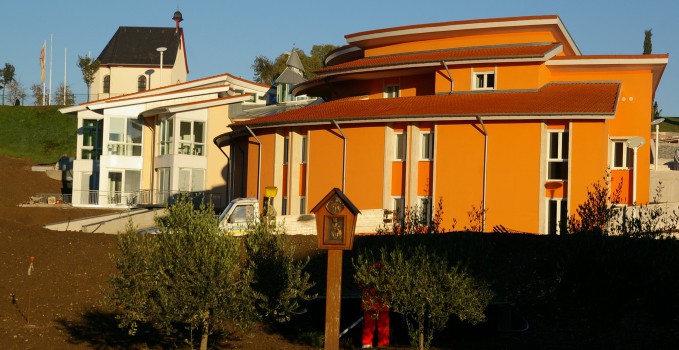 Belmonte, A Place for Pentecost Culture

Belmonte, BRAZIL, Interviewing Fr. Marcelo Cervi, superior of the Diocesan Priests Institute of the Southern American Region, on the Schoenstatt Shrine in Belmonte • 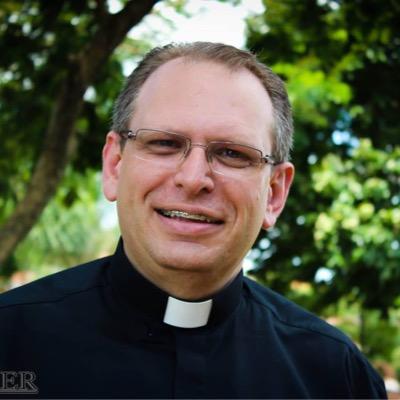 Fr. Marcelo Cervi – well known by all the pilgrims who were in Belmonte during the Jubilee Week in October of 2014 – was interviewed by reporters of the Schoenstatt Movement in Brazil on the occasion of the 50th anniversary of the symbolic blessing of the cornerstone for Belmonte by Father Kentenich on December 8, 1965.

Fr. Cervi offers this interview by means of Schoenstatt.org for the entire Schoenstatt Family.

In 1965, on Father Joseph Kentenich’s 80th birthday, the International Schoenstatt Family gave him a very special gift: they promised to build a Shrine and a retreat house in Rome which would become an International Center. Why in Rome? Because Rome is the Holy See of the Catholic Church. The Pope is there and he is the head and visible sign of the Church’s unity. And our Movement should be next to the Pope so that it is visible and symbolically recognized as a Catholic Movement. There where the Pope is, the Church is there also and we want to be next to the Pope permanently, not only spiritually connected, but with a firm direction, with a recognized place like a house capable of sheltering all Schoenstatters who come to Rome so that they can feel “at home” and can also experience our physical closeness to the Holy Father. It is also the wish that in Belmonte it can be experienced – according to the style and vision of Father Kentenich – the “culture of Pentecost,” of unity in diversity. Primarily within the Movement, among the different communities or branches, also as with the other Movements of the Church.

Is there a specific mission for the Shrine and for the International Schoenstatt Center?

In this place which we call “Belmonte” (beautiful mountain in Italian), the Schoenstatt Movement wants to put into practice the prophetic vision of Father Kentenich in different situations. Msgr. Peter Wolf, General Superior of the Schoenstatt Diocesan Priests Institute, makes note of several of them: 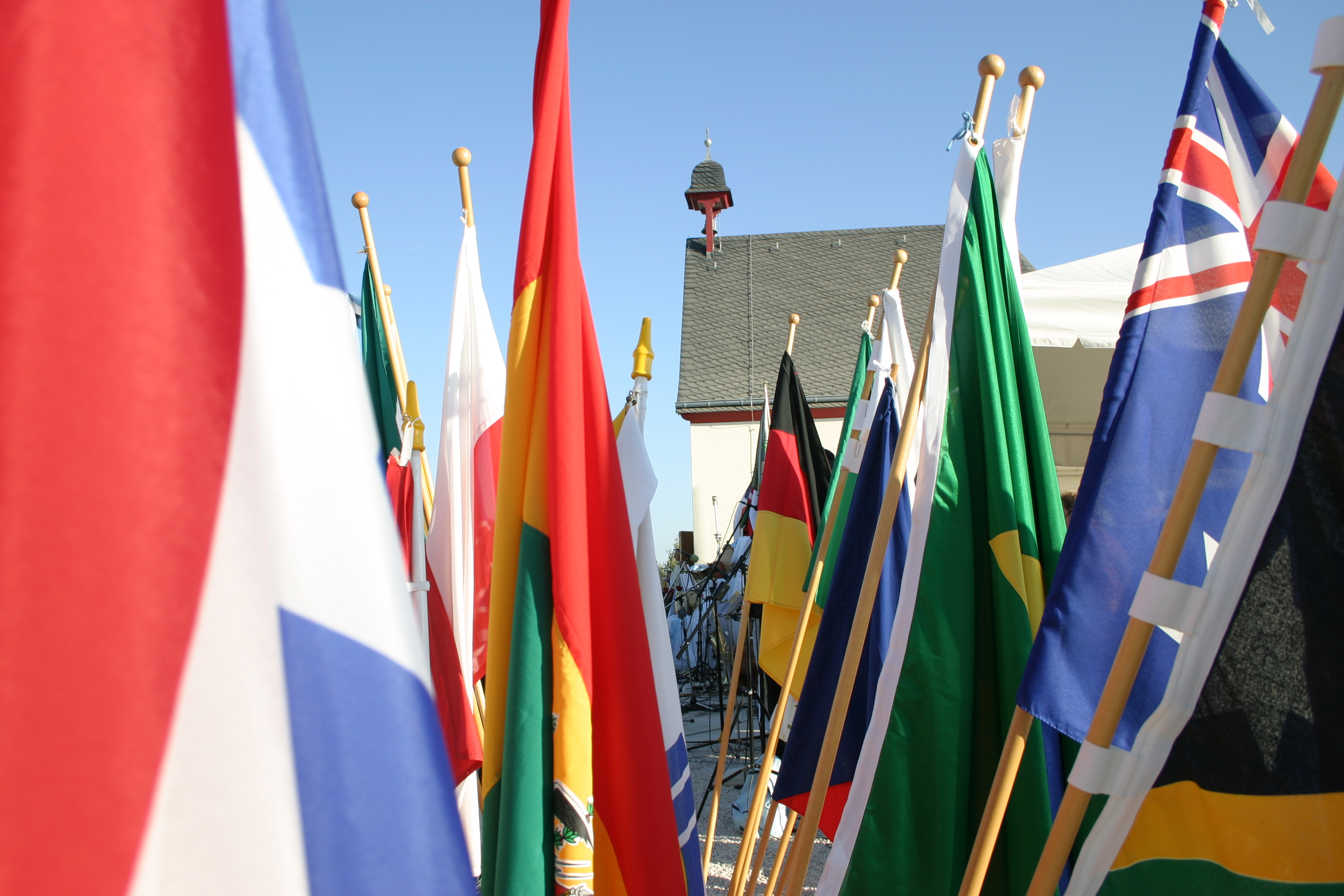 How can we summarize the mission of the Belmonte Shrine in Rome?

I prefer to respond to this question with small passages from conferences spoken by our Father and Founder in Belmonte on his 80th birthday (11-16-1965) and also on the Feast of the Presentation of the Lord, also called the “Feast of Candlemass” (02-02-1966). Let us let Father speak:

a) “We want to build a Shrine for the dear Mother of God, the Thrice Admirable Mother and Queen of Schoenstatt in the holy city of Rome. We want her to have her home here. We want to bring her here so that she can also go out from here and let herself be led to the present battlegrounds.” (11-16-1965)

b) “we build out there…..not we, but the Mother of God built for us out there, on the outskirts, out there, in the countryside, there above…..she built us a nest and gave us a task. And if we want to be Catholics, then we need in every way the blessing from the Holy Father. Let us march to Rome! (…..) I wanted to present all we believed, that which we acknowledged as having received as a gift from the Mother of God before the court of the Church, before the highest court of the Church.” (11-16-1965)

The construction of this Shrine comes from a request from our Father and Founder. Why did he motivate so ardently that construction?

Our Father and Founder received this gift from the International Schoenstatt Family with so much love. He knew that it was necessary to have a physical and spiritual place in Rome, next to the Pope and next to the See of the Church. Thus, he asked that the entire Schoenstatt Family assume the mission of building this place. And he delegated the task of the administraion and construction and later the coordination of activities at this Shrine and International Center to the Institute of the Diocesan Priests. On the day of the inauguration of the Shrine (September 8, 2004 – forty years after Father Kentenich accepted the gift and motivated the construction), in Belmonte, there were Schoenstatters from throughout the world and from all Branches or Communities who make up the Schoenstatt Family. Since that day, many began to call the Shrine “the Shrine of all of us.” In other words, it is not only the Shrine of one community or with a task attached only to a part of Schoenstatt. The Shrine of Rome, Belmonte, is an international Shrine where all Institutes and Federations are represented and assume the task of making of Schoenstatt, along with the Founder, visible gifts to the eternal city. Belmonte should become “the home of Father Kentenich and of his children, in Rome” and also “the face of Schoenstatt within the Church.” It was precisely for this reason that Father Kentenich motivated ardently this construction. 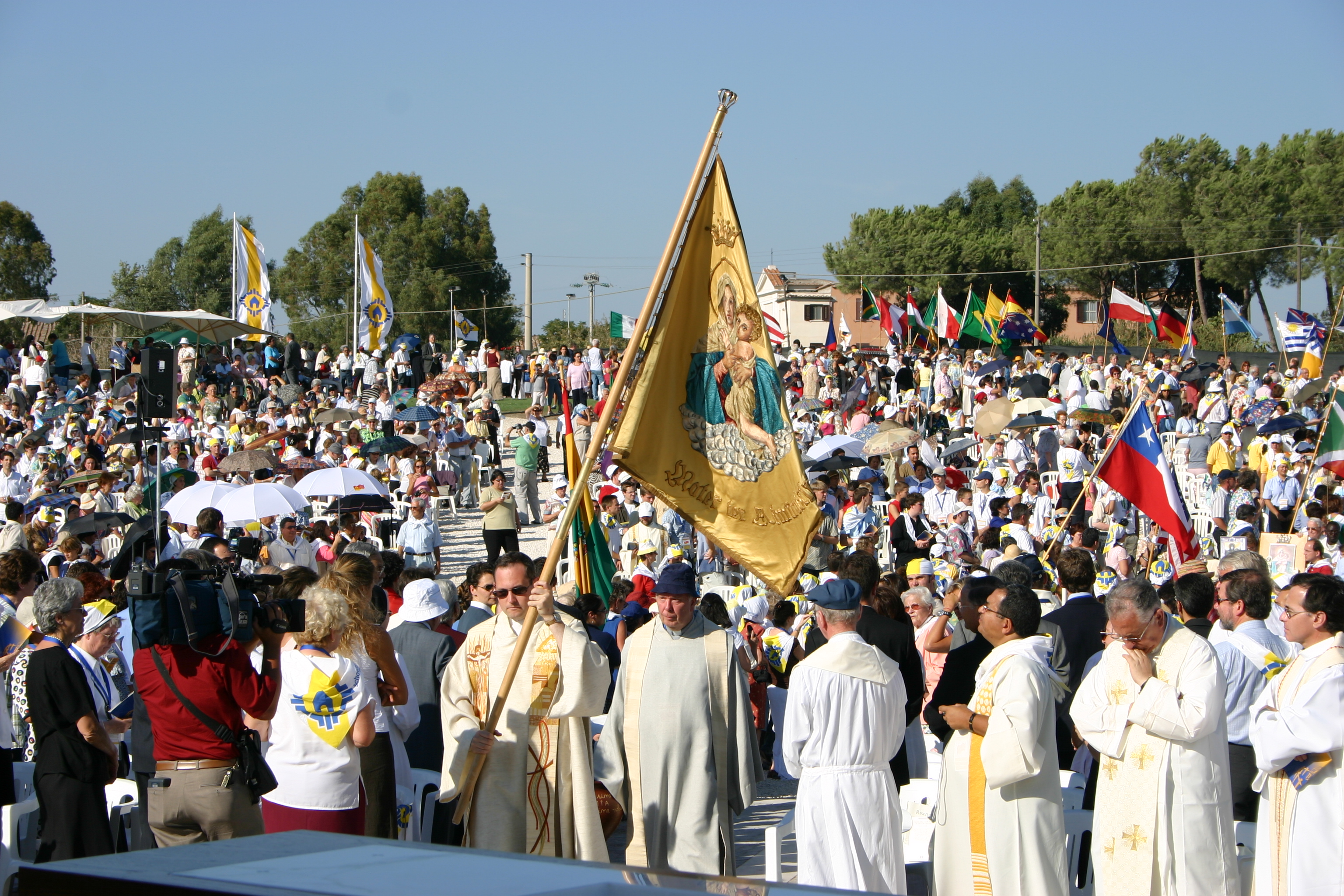 Why did Father Kentenich give the responsibility for the administration and coordination of the life of the Belmonte Shrine to the Institute of the Diocesan Priests?

It was for a very simple reason: the diocesan priests, by the fact of being in the dioceses and working along with the bishops, are able to “be the bridge” between the pastoral life of the dioceses and the ideals of the Movement. The diocesan priests are not totally at the service of the Movement and have their own style of working in the parishes and in the other tasks which the bishop may assign them. They are “amidst the community,” in daily contact with other pastoral movements and groups of the Church which have different styles and ways than Schoenstatt. For the Schoenstatt Diocesan Priests, it is natural to experience the tensions of the two realities: Movement and diocese; it is normal to administor the conflicts with dates and to cancel agendas, always seeking to be the bridge between the two realities and the harmonious insertion of Schoenstatt in the pastoral universe of the Church. In all, the Belmonte Shrine in Rome is not the Shrine “of the Schoenstatt Diocesan Priests,” it is the “Shrine of all of us!’

How can we deepen the knowledge of the mission of Belmonte?

There is an excellent video on the webpage dedicated to information on Belmonte.

In this video, we can see Belmonte as Father Kentenich dreamed it and Belmonte as it is being developed today. There is also excellent material: a little book organized by the General Superior of the Institute of Schoenstatt Diocesan Priests, Msgr. Peter Wolf. It contains three conferences by Father Kentenich on the Belmonte Shrine and its mission. This little book is available in Spanish and can be purchased in hardback or as an E-Book (GooglePlayStore, Ebooks, Amazon, etc) at the webpage of Editorial Patris.

How can we collaborate in spreading Father Kentenich’s mission expressed in Belmonte?

We can collaborate in two ways. First, knowing what Father Kentenich thought about Belmonte and assuming this vision/this thinking for or Schoenstatt Movement today. We are at the beginning of a new century and our task now is to strive in being within the Church, in the style of the Church announced by Father Kentenich and now realized by Pope Francis doing “everything for Schoenstatt, Schoenstatt for the Church and the Church for the Triune God!” Second, we can collaborate financially. Just as Belmonte is the “Shrine of all of us,” everyone’s little bit can do great things so that we can inaugurate completely the Belmonte International Center, Father Kentenich’s “pulpit” in Rome. In the Belmonte retreat house, there are many rooms. There is a proposal that in each country where Schoenstatt exists, each country would finance a room. In other words, that the Movement (Institutes, Federations, branches, etc.) from each country cover the cost for the construction of a room and later decorate with a Home Shrine with typical symbols from each country. Several countries have made that commitment and thus we can see rooms in Belmonte representing a country financed by various institutes and federations. Still lacking is the “room from Brazil”…..it would not be difficult is we would unite since the Movement is so popular and large in our country…..

For more information, you can contact me personally or directly at the webpage of Belmonte: www.roma-belmonte.info

For donations and collaboration: www.offerta.roma-belmonte.info, or email [email protected]