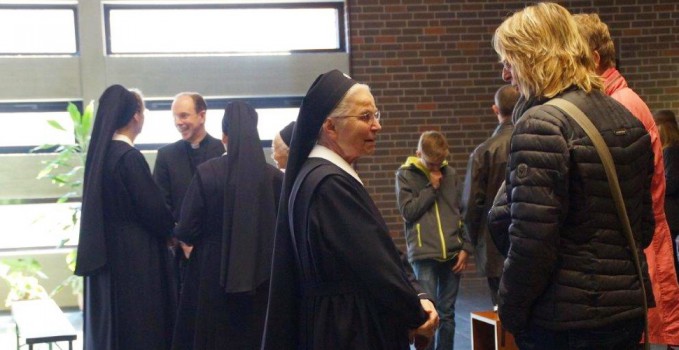 “Dietershausen is facing its most sorrowful time since many decades – this coming Sunday the first Sisters of Mary will be leaving and the whole village is shocked. … Now it is certain and you can read it in the local newspapers…” That was the initial reaction at the beginning of October when the news reached the media and the Schoenstatt Family in the diocese of Fulda. As a result of combining provinces, the current provincial centre of the Schoenstatt Sisters of Mary in Kunzell-Dietershausen will no longer exist. The Diocesan President, Fr Ulrich Schafer of the Schoenstatt Priests’ Federation, was able to reassure people by saying that ten Sisters will remain in the Training Centre, Joseph Engling House, to continue their work there. However, all the other Sisters will have to say good-bye. Already from 14 October the Sisters will gradually transfer from Dietershausen to houses and care homes of the Sisters of Mary in Southern Germany.

An initiative was started: ilona Wehner, with the support of many others, managed within a week to inform everyone and organize a Holy Mass on 11 October so that all could thank the Sisters of Mary and take leave of them. She received good feedback locally. 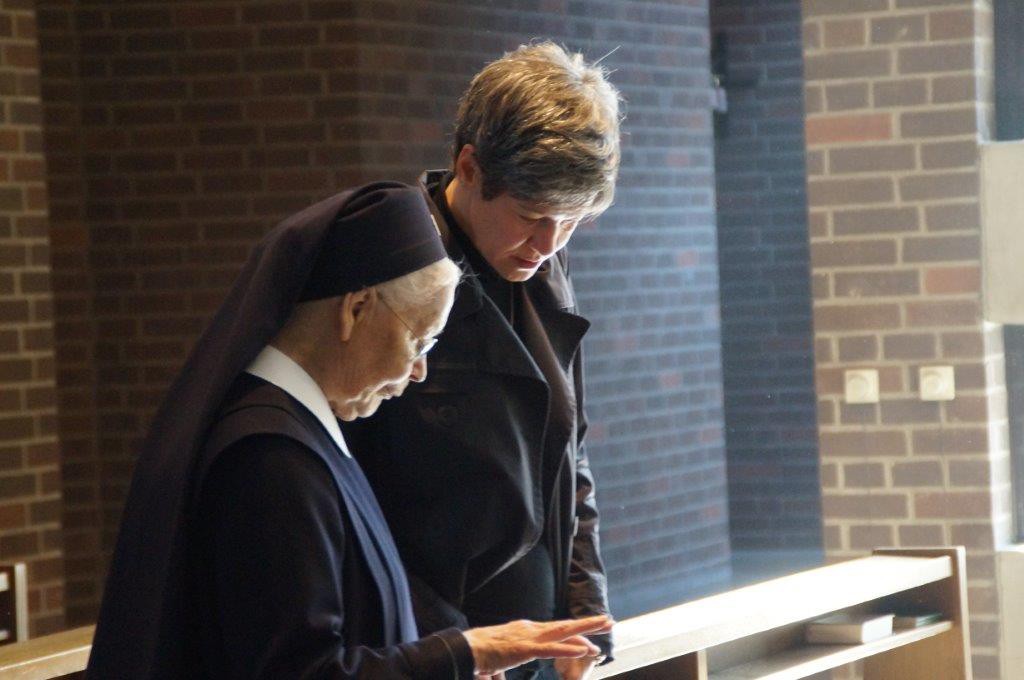 An era comes to an end

On 11 October there was a wonderful Holy Mass with Fr Hartmann, Fr Vonderau and Fr Schmitt, with 16 altar servers at the altar, the music society Haunequelle and between 350-4000 people who are friends of Schoenstatt.

It was very touching and gave everyone the opportunity to say a personal good-bye, as well as to pay tribute to all that has been done since 1935 when the first Sisters of Mary came to the village (infirmary, Kindergarten, sacristy service, etc.), and the way the Sisters had naturally set their stamp on life in the village. At the end of Holy Mass the municipal administrator and a representative of the parish council expressed their thanks. Sr M. Ilge also thanked the people and talked about the situation and the future. 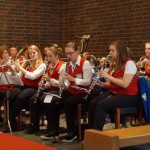 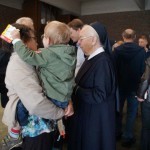 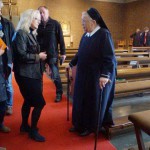 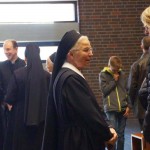 After that it looked like a “warm-hearted happening” in the God the Father Church. All stood around, laughed, wept, asked questions, and indulged in memories …

Each person could take along a card with a message from Fr Kentenich. In this spirit an era came to an end. By the end of the year thirty sisters will have left and ten will remain in the Joseph Engling House. For the Sisters it was a wonderful way to take leave, which (according to Sr M. Luzia, who has spent almost half her life in the Provincial House in Dietershausen) would not have been possible without celebrating Holy Mass together. She moved out on Wednesday this week.

The future: a home for refugees

What will become of the large former Provincial House? An answer to the voices of the times. The Caritas charitable association has acquired the house in order to use it to accommodate unaccompanied refugee children. It will start work on 1 November, and on 15 November 60 children will move from provisional accommodation to Dietershausen and thus relieve the reception centres in Giessen and Frankfurt.

According to the Fulda head of administration, Dr Heiko Wingenfeld, and the first assistant, Frederik Schmitt, the area is particularly well suited to this task. The rooms offer a good framework for, for example, language lessons. The facility is surrounded by generous grounds. Support by qualified personnel is also possible in the house, so that the young people will find good conditions that will enable them to settle down in their new lives without family ties.

Some of the tasks which Caritas, as the legal owners of this reception centre, has accepted at the request of the local government and the administrative district of Fulda, are to provide an initial medical examination and care of the youngsters, most of whom are teenagers, their support and supervision in everyday life, and their schooling, especially with regard to learning German, as well as recreational activities. Caritas Director Juch stressed that although Caritas has not been in charge of reception centres so far, it nevertheless has a great deal of experience in caring for and supporting underage refugees.