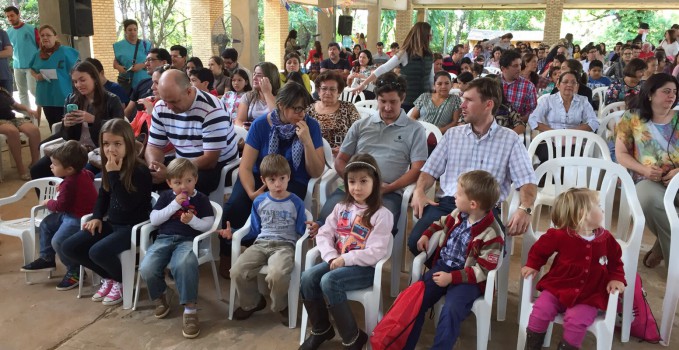 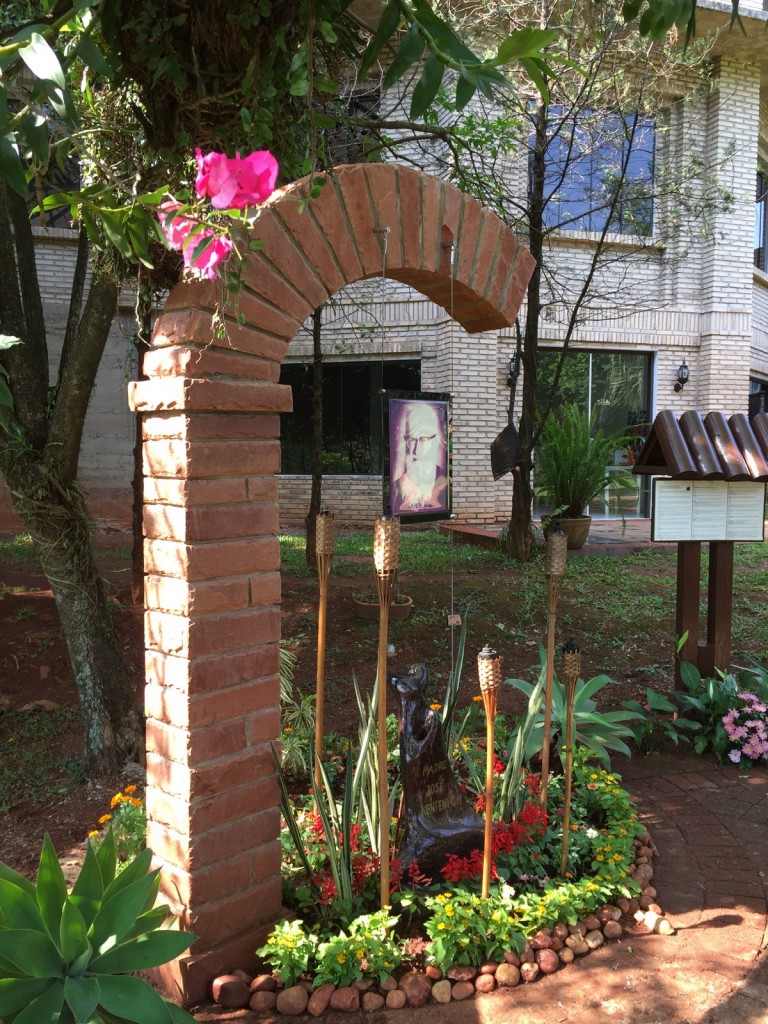 The celebration for 18 October at Ciudad del Este Shrine, which also recently celebrated its 15th anniversary’s blessing, began early in the morning with a children’s Mass.

It is a Mass that has been held at the Shrine for several years as part of 1,000,000 Children praying the Rosary campaign Church in Need sponsoring it.

During the homily, Fr. Tommy Nin Mitchell, Director of the Schoenstatt Movement at Paraguay, encouraged the children’s participation by asking them: “Why do you come to the Shrine”? Some of the responses were: “to pray, to thank, to behave.”

Father explained the graces of being at home and of inner transformation based on these answers, speaking to them he said: “If I come to the Shrine sad or angry, I have to leave here transformed, I have to be happy,” and this is also true for the adults. 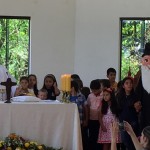 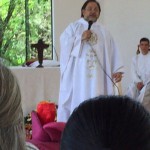 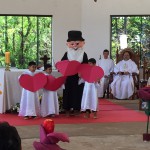 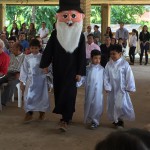 The Covenant of Love

There was a play about Father Kentenich’s mother consecrating him to Mary, and then of Father Kentenich sealing the Covenant with the Blessed Mother along with his sodalists.

Fr. Tommy invited the children to the altar to pray the Our Father.

At the conclusion after the blessing and consecration, everyone went on pilgrimage to the Shrine.

The children’s encounter with a person posing as Father Kentenich with his distinctive long, white beard was great.

“Our grandson told us that now he only wants to attend Mass at the Shrine,” María Esther Duarte commented. 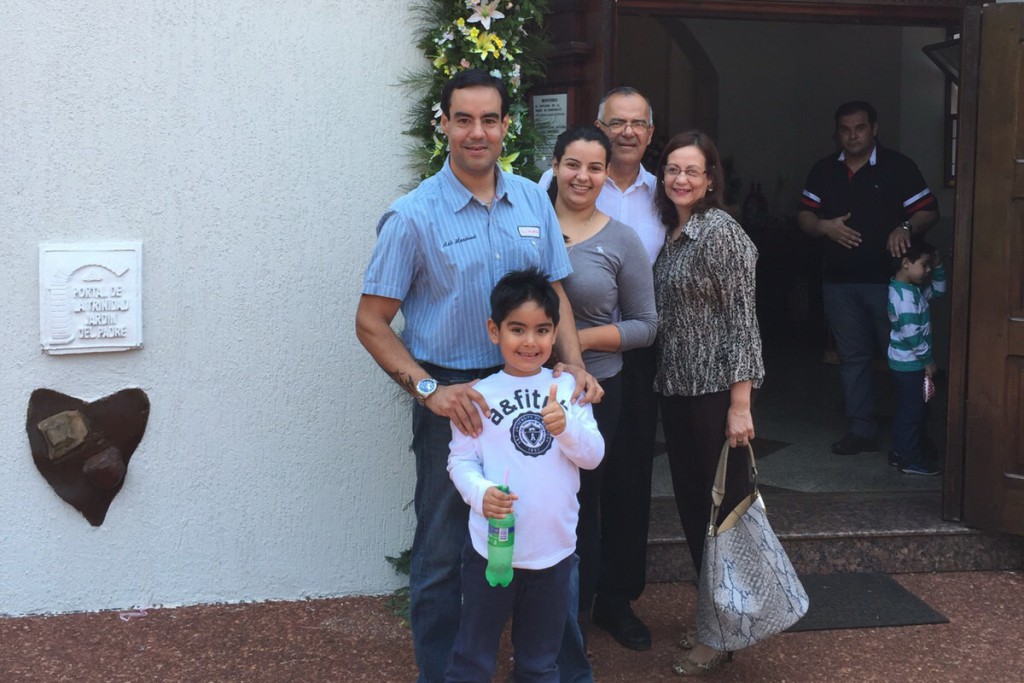 A day of celebration

After Mass, children and pilgrims began to arrive…

The afternoon Mass was for the sick.

Fr. Tommy and the pastor of Holy Spirit Church celebrated the main Mass at night. During the homily, Fr. Tommy recalled that on that day the Pope had canonized St. Therese’s parents.

Priests were offering confessions for pilgrims during all the Masses. 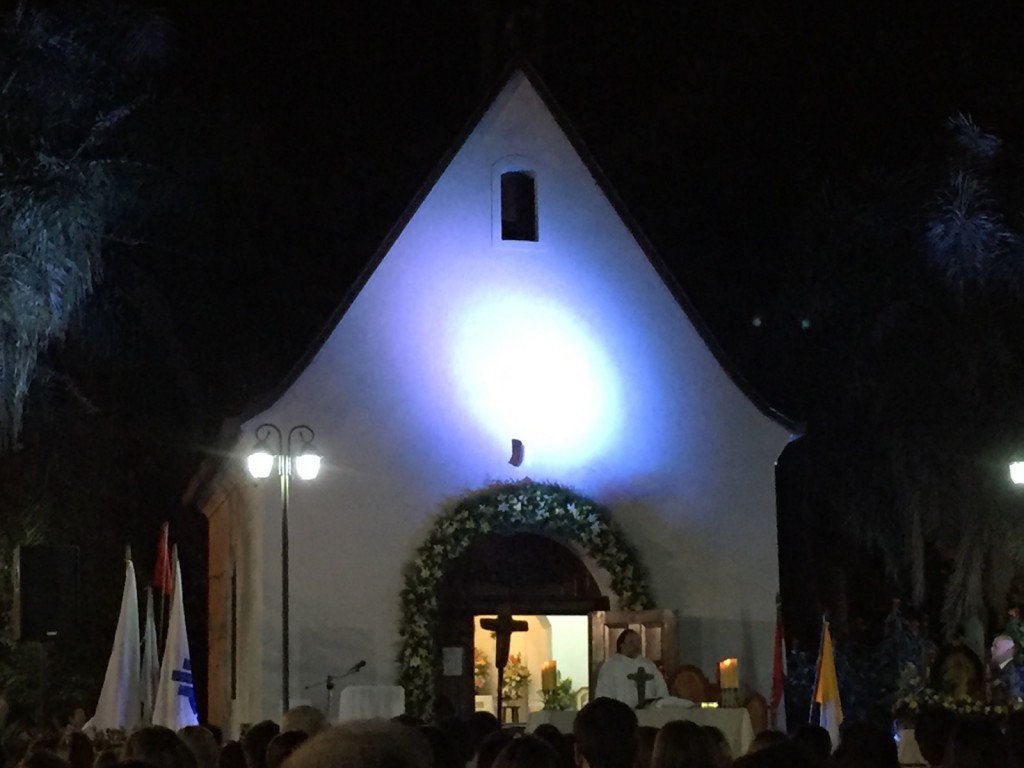