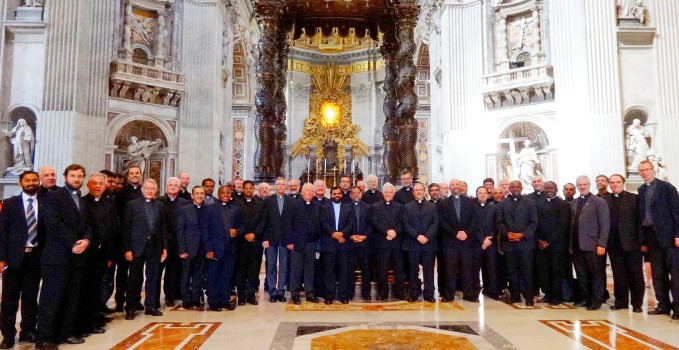 Conclusion of the General Chapter of the Schoenstatt Fathers

Forty-one representatives of the community from Africa, Asia, America and Europe gathered for the fifth General Chapter, which closed on 31 August on Berg Sion, the spiritual centre of the community in Schoenstatt, Germany, in the presence of Cardinal Francisco Javier Errazuriz, who is a member of this community. The emphases for the next six years were inspired by the pontificate of Pope Francis and the celebrations and experiences of the hundred-year Jubilee of the Schoenstatt Family. Faithful to the charism of Fr Kentenich, the community reaffirmed its readiness to be Mary’s work and priests of the covenant. As the active part, it collaborates in the projects of a missionary Church, a Church awakening. 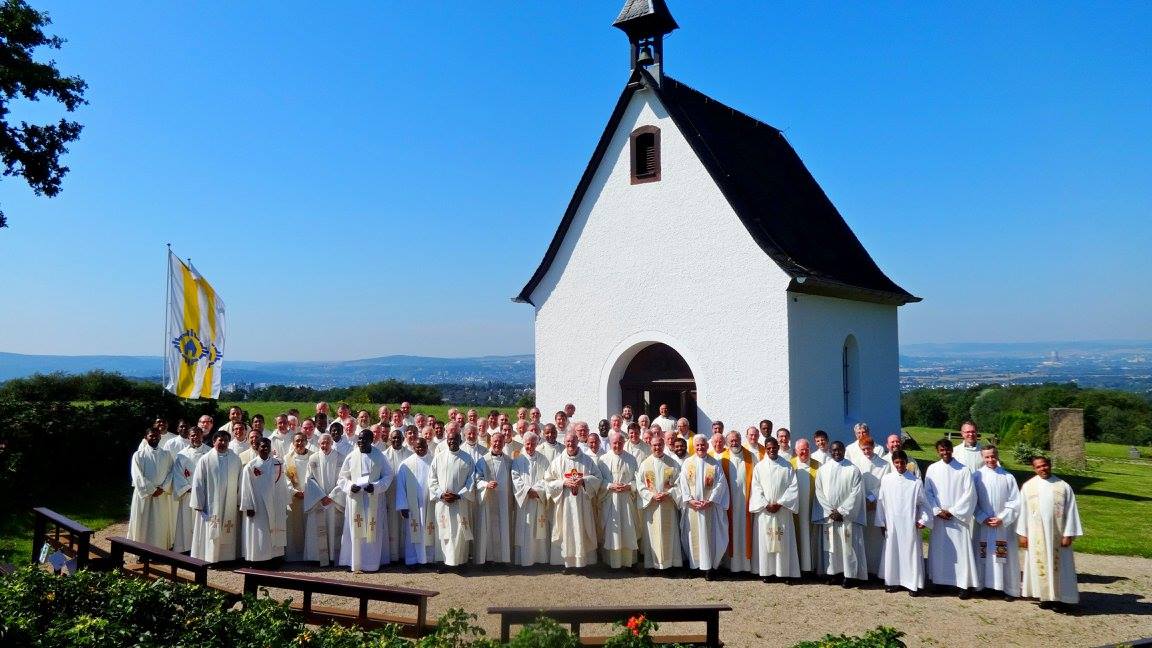 Sent out by Pope Francis

After the end of the General Chapter of the Schoenstatt Fathers on 31 August, the new General Council and the participants at the General Chapter met Pope Francis on 3 September – a time of new commitment and commission. During his address Pope Francis repeatedly laid aside his prepared script and offered the community important messages. After his address and after praying the Angelus together, each of those present was able to greet our Holy Father personally. As the photos in the Osservatore Romano show, many used the opportunity to present books or other signs of their work to the Holy Father.

The four-week process of the General Chapter of the priests’ community came to an end with the audience. The many individual decisions and the new general orientation can be condensed into three international projects: Development of the “Sion Institute” (Kentenich Study Centre), commitment to the Original Shrine (central place of pilgrimage, and origin of the Schoenstatt Movement), and strengthening the presence of the community in Rome.

The basic options of the community’s agenda for the coming years as worked out by the Chapter are: