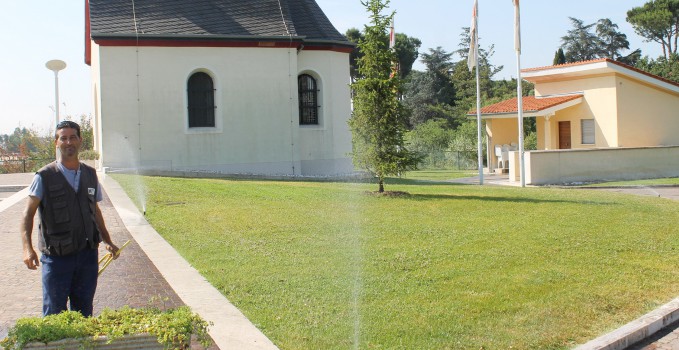 Around the “Shrine of all of us”: Gianni’ wonderful greenery

Just looking at the streams of water was enough to feel refreshed beneath the scorching heat during that time in Rome and also on the grounds close to the Shrine of all of us in Belmonte. Despite the high temperature, everything around the Shrine was green. Gianni Stampone watered the grounds that late summer afternoon, taking care to save water, but also taking into account the trees and the grass that need a lot of water.

It was a little difficult to take him away from his work, but he could not resist the question about the large trees on the grounds that had been pruned so very nicely. What followed was almost an hour-long walk through the very spacious and wonderfully green grounds, where more than 1,000 pilgrims assembled last October, all at the same time, and there was still much empty space.

Gianni Stampone has worked at Belmonte for several months where he is in charge of maintaining the house and the grounds. He worked as a foreman for one the construction companies, but only with a temporary contract. He said that later he gladly accepted the offer to work at Belmonte. It means security for him and his family, and most all– he likes this house and the grounds very much.

Since he worked in Germany for a time, he speaks excellent German therefore complementing the linguistic diversity of the team around Rector, Fr. Daniel Lozano. Amongst themselves they speak Italian, but with visitors they also speak English, Spanish, Portuguese, and German fitting for an international center. 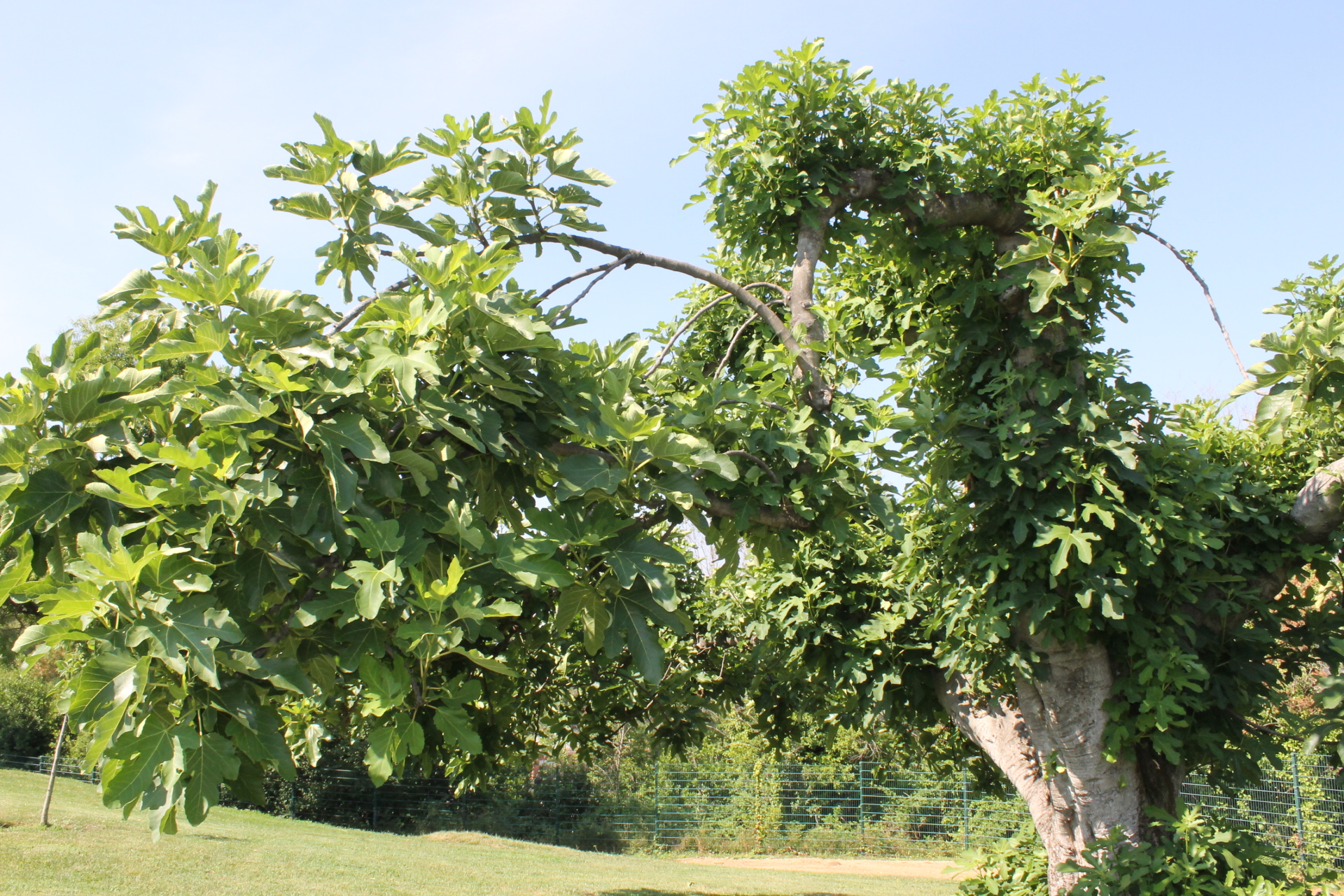 Gianni knows every corner of the house (construction will be completed in a few months) and every corner of the grounds. “The people from the surrounding area gladly come here, because it is very peaceful and the children can play,” he said. “There is not that much greenery anywhere near here.” Schoenstatters, who stay at some place in the middle of the city of Rome with a group of pilgrims or individually, also say this. Many impressions from a visit to Rome can be assimilated here because of its open and broad space. One can breathe deeply, pray in the Shrine, simply relax on the grass, or sit on one of the benches. The green bench close to Father Kentenich’s statue is a huge favorite; there they can talk on the phone, sleep, read… 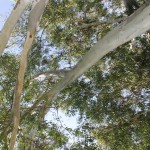 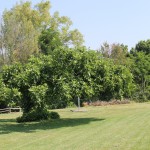 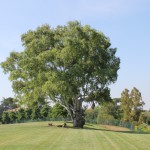 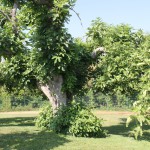 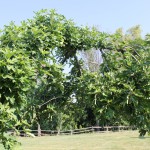 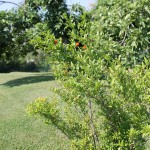 Under the shade of large trees

Another of the benches resulted after last spring’s devastating storms when the largest tree lost a gigantic branch. Gianni sawed it and fashioned it into an originally made bench, where there is enough room for an entire group.

He especially liked this tree with its great shade provided by the broad canopy. “This is a place where, every now and then, couples carve their names on the bark,” Gianni related. “It is something like the love-locks on the bridge at Cologne over the Rhine River.”

We continued to walk as Gianni explained why he had pruned the trees in such a way so the branches grow broadly: “What people mostly seek here is shade!” We remained in that shade, and we looked below toward the Shrine, where the dazzling light of the sun and the streams of water formed small rainbows.

Gianni indicated the place where playground equipment for children will be placed – it will be on the higher part of the grounds. “Then parents won’t constantly be saying, “Quiet,” there will be more space, and the Shrine will be more peaceful for those who want to pray. 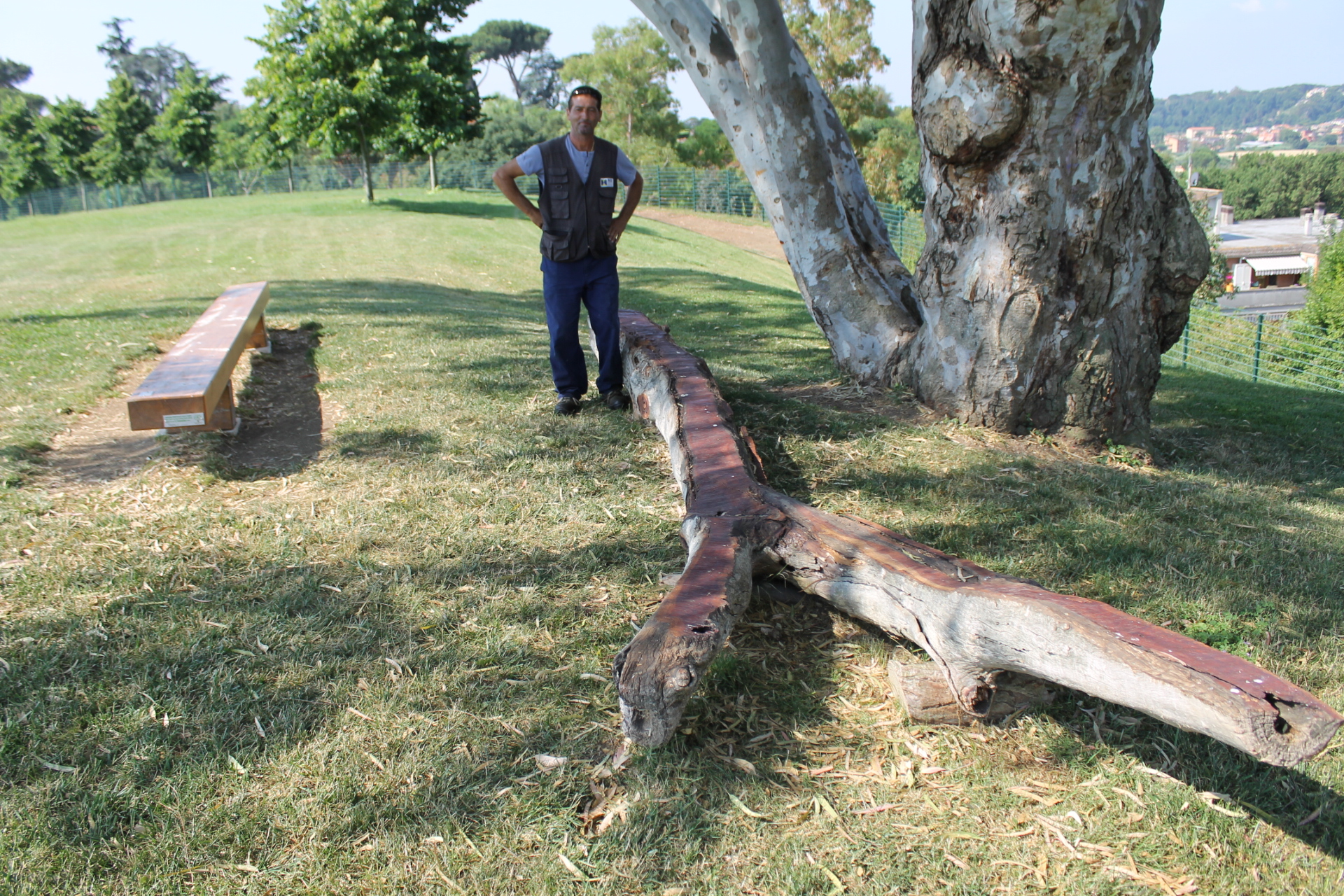 He proudly showed the new trees that were planted a few years ago – some may recall the sponsorship of the trees! Some them and other decorative bushes have colored flowers, but Gianni’s pride and joy are the small apple trees: “This year we will harvest the first Belmonte apples!”