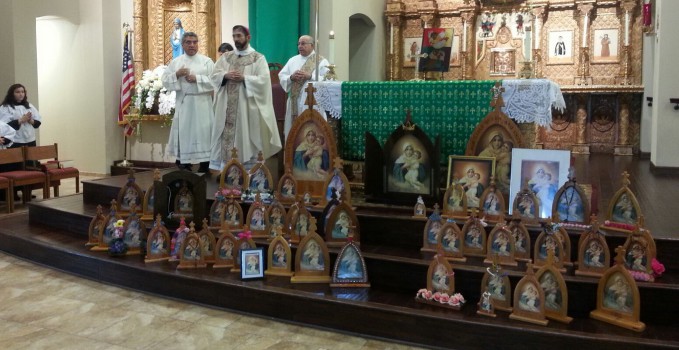 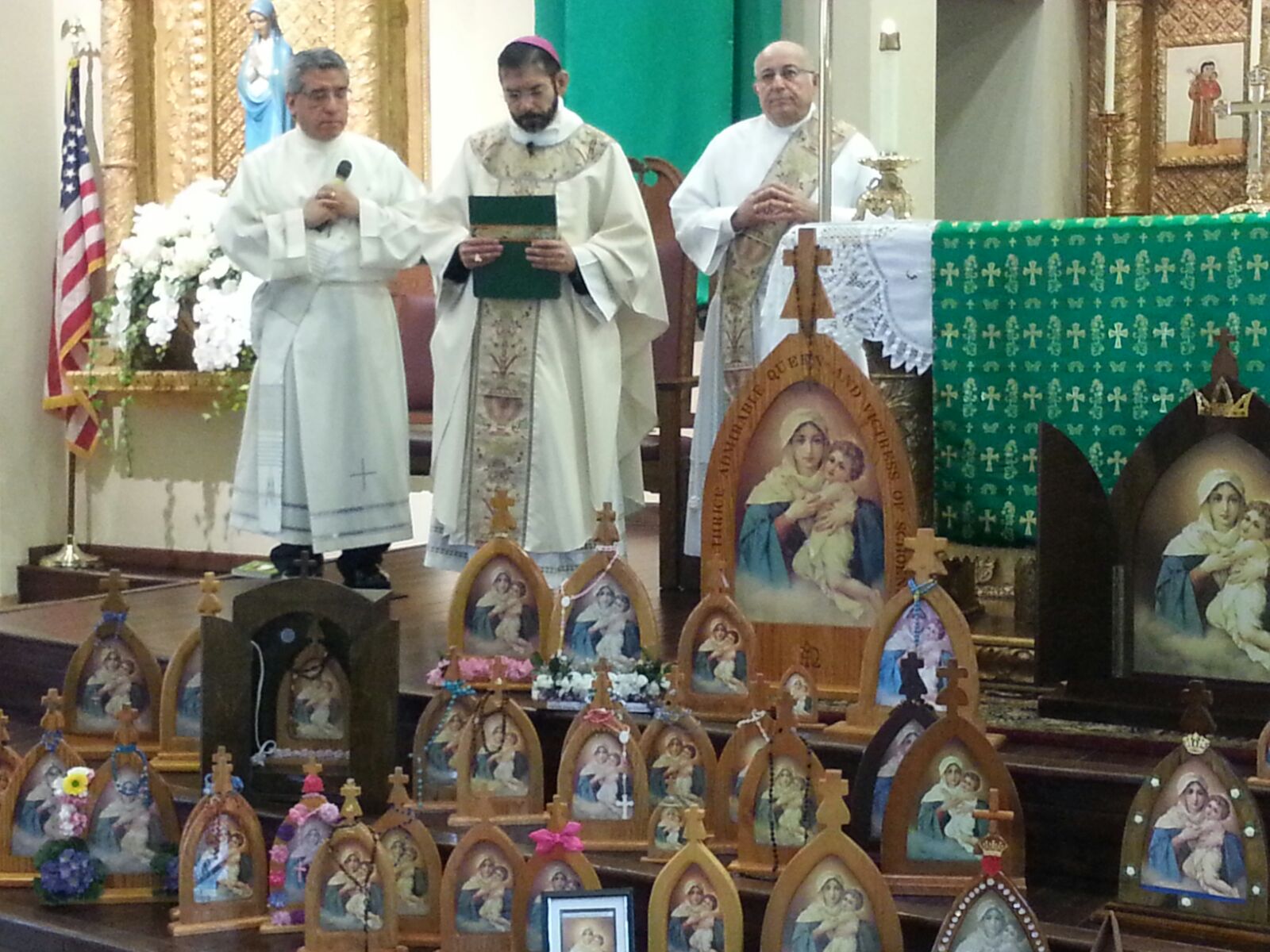 A celebration fitting for the Queen

The majestic entrance procession was most fitting for the Mother and Queen. Preceding the lectors, priests and bishop was an entourage of sixty-nine Pilgrim MTA’s. The Auxiliary MTA that represents the Schoenstatt Rosary Campaign in our diocese led them. As the images reached the altar, they were placed surrounding the Auxiliary below the front of the altar. Cameras clicked incessantly as everyone wanted to capture the moment. Hearts were overflowing with love and expressions of gratitude, and here and there one could see people dabbing their tear-filled eyes; it was a joyful experience. It was a blessing to have one of the parish choirs who lovingly and skillfully sang out the beautiful Marian hymns starting with On This Day Oh Beautiful Mother.

Bringing kindness and benevolence into the world 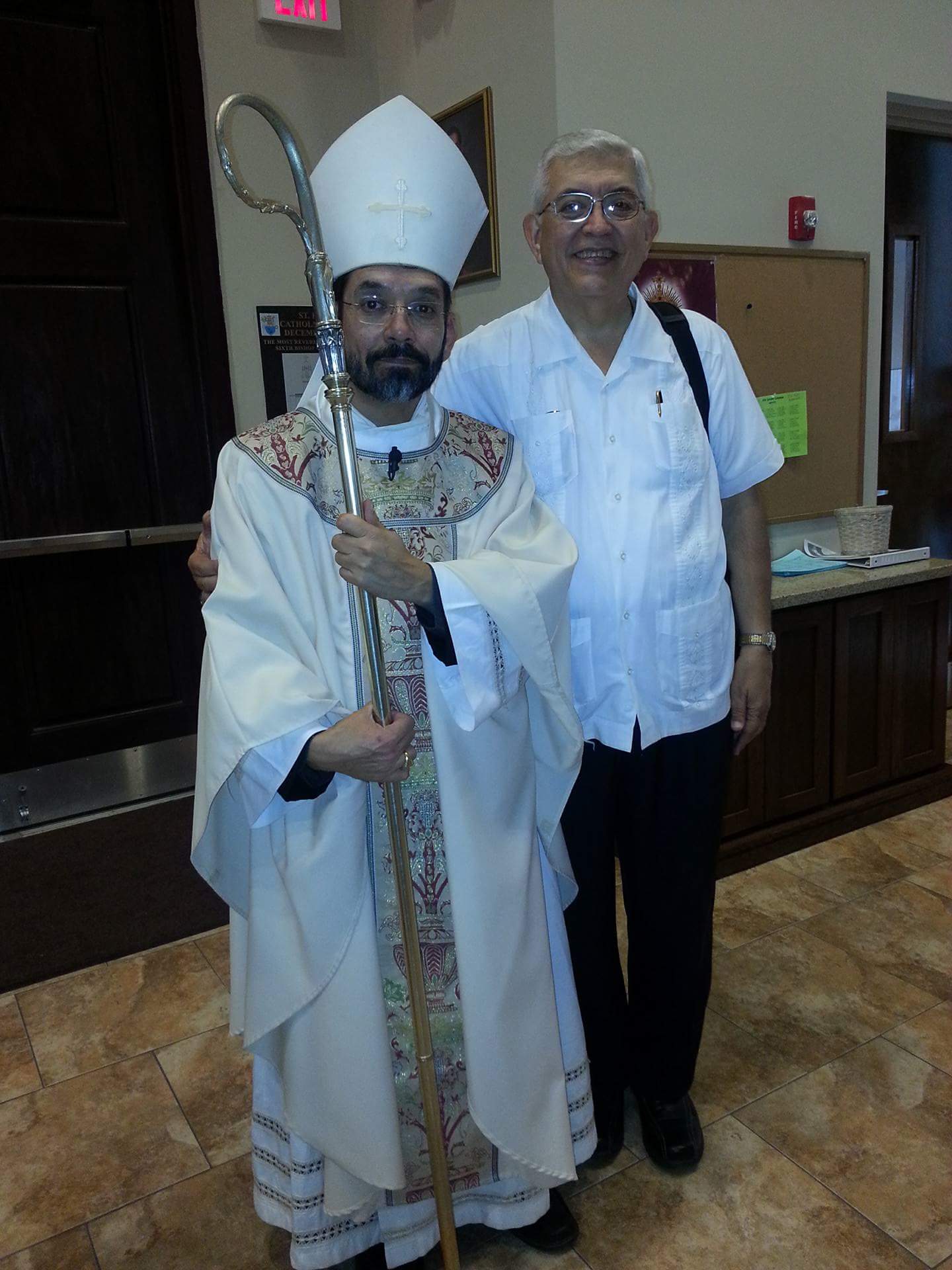 Bishop Flores gave a beautiful homily. He expressed how joyful and grateful he was to have Schoenstatt in his diocese, and he appreciated how the Blessed Mother was visiting so many homes through the Schoenstatt Rosary Campaign because this was true evangelization, and it is so greatly needed everywhere. He spoke about what Pope Francis refers to when he speaks about so much cruelty in the world and how much the world is in need of kindness and tenderness. He also mentioned how Blessed Mother wanted to bring kindness and benevolence into the world and that she was doing this as she was taken to visit people’s homes through the Schoenstatt Rosary Campaign. He spoke about how Blessed Mother was a servant and was ready to serve the mission of God and that, like her, we need to be willing to be servants, instruments in her hand, so that we too could be instruments of kindness and benevolence in the world. The Bishop then turned to face the many images of the Pilgrim MTAs and blessed them, praying that the Blessed Mother continue to bring tenderness and kindness to the people. He also expressed that the picture of the Mother Thrice Admirable, Queen and Victress of Schoenstatt was one of the most beautiful pictures he had ever seen and that it expresses so much kindness and tenderness.

After the Bishop’s homily, Carlos Cantú led us in the traditional way of honoring the Blessed Mother on her Queenship. Following a few inspiring words, everyone prayed the familiar prayer, Hail Holy Queen, in both English and Spanish.

Devoted servants of the Blessed Mother

At the conclusion of the Eucharistic celebration, Fr. Carlos Zúñiga expressed his gratitude to everyone for attending. He thanked the Bishop and Fr. Vega and then stated that he truly believes that he owes his priesthood today to Schoenstatt. He is a faithful devotee and uses every opportunity to promote devotion to the Schoenstatt Mother and Queen. He often takes busloads of pilgrims to visit the Confidentia Shrine in Rockport/Lamar, Texas and has twice visited Schoenstatt in Germany most recently on a pilgrimage he led that also went to Lourdes and Fatima. He sealed his Covenant of Love in the year 2000. Everyone is very grateful to Fr. Carlos for his love and dedication to Schoenstatt.

Last, but not least, Texas’ beloved Fr. Héctor Vega also conveyed his gratitude to everyone for his or her loyalty and fidelity. He then led us in the renewal of the Covenant of Love in both English and Spanish. 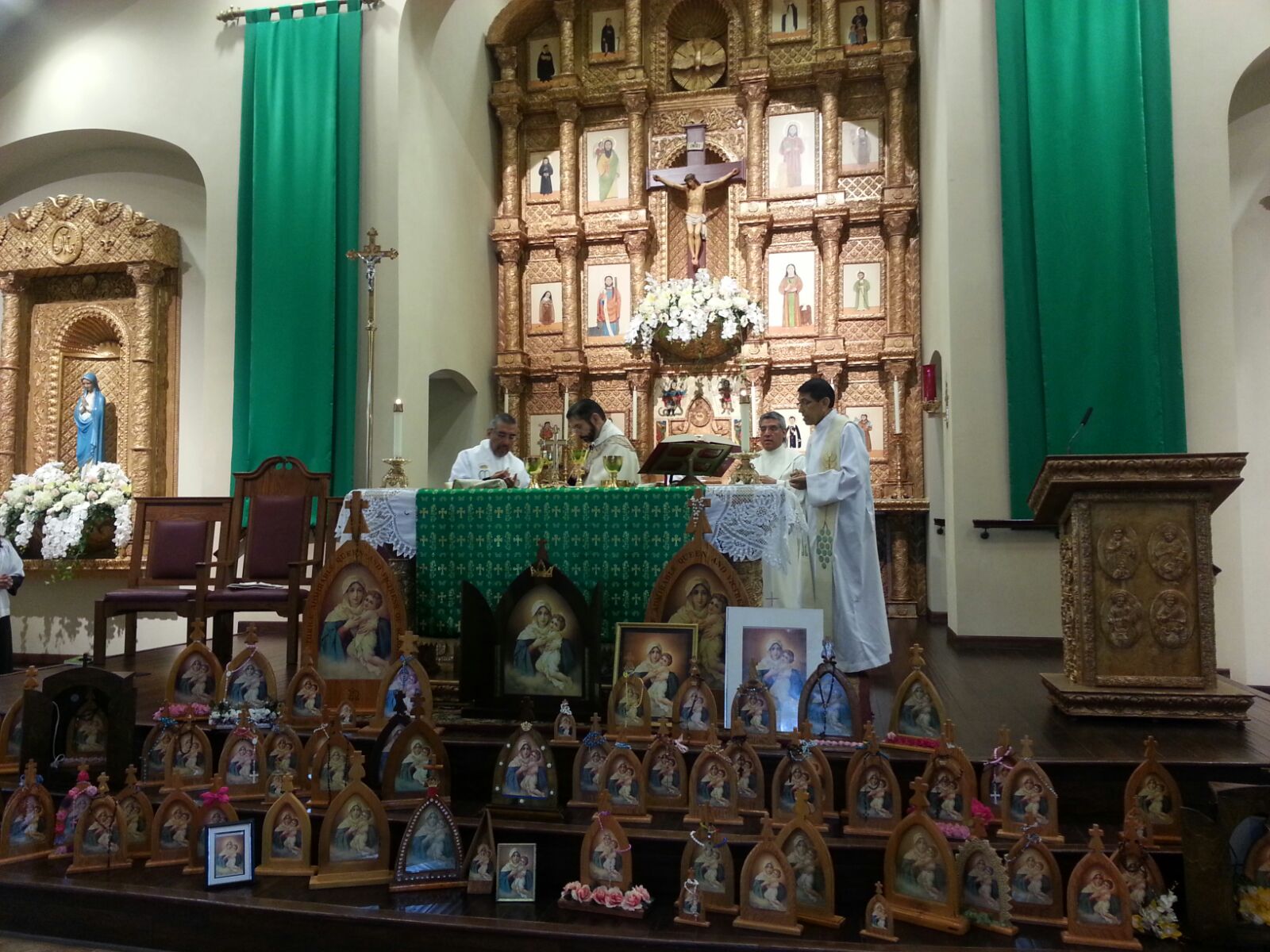