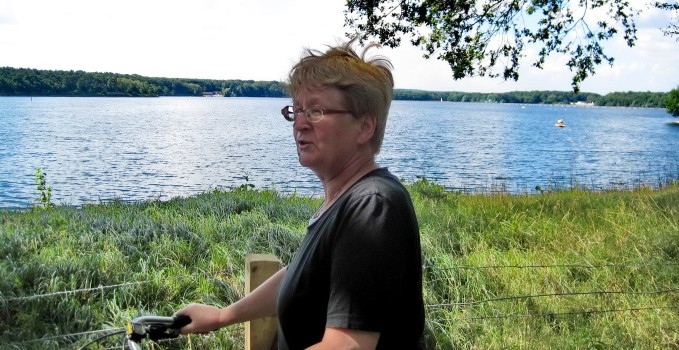 The Schoenstatt Shrine – so close

By Hildegard Beckmann, Confidence in God Team – Covenant of Love with God the Father  (German website) •

For a week, I was at the Oberkirch Schoenstatt Center in the Black Forest. Upon arriving, the first thing I wanted to do was to visit the shrine, but it was empty, because it needed a new coat of paint.

I thought, “Great for me.” That week (a little before Easter) was about a renewal and spiritual re-orientation, and that visit was a sign.

The following day (Eve of the Feast of the Annunciation), there was a plan the shrine would be cleaned and the furniture would be put in place. I offered the Sisters of Mary my help, which they gladly accepted. I not only cleaned the pews, but the tabernacle’s interior doors with the image of the Blessed Mother and the Archangel Gabriel. These doors had to shine in all their splendor, because this feast’s mystery was etched on these doors. As a result, I could “announce” that feast.

The symbols (the sanctuary light, the Father Eye, the crown, and the Holy Spirit symbol) had been sent to a goldsmith for cleaning. Due to reasons of time, the Sisters thought it would be good if I would go get them. Because the sacristan suffers from vertigo, I also had the opportunity to place them. Nothing better! But would I be able to climb the ladder? I had been unable to climb a ladder for months because of my fibromyalgia. It worked! 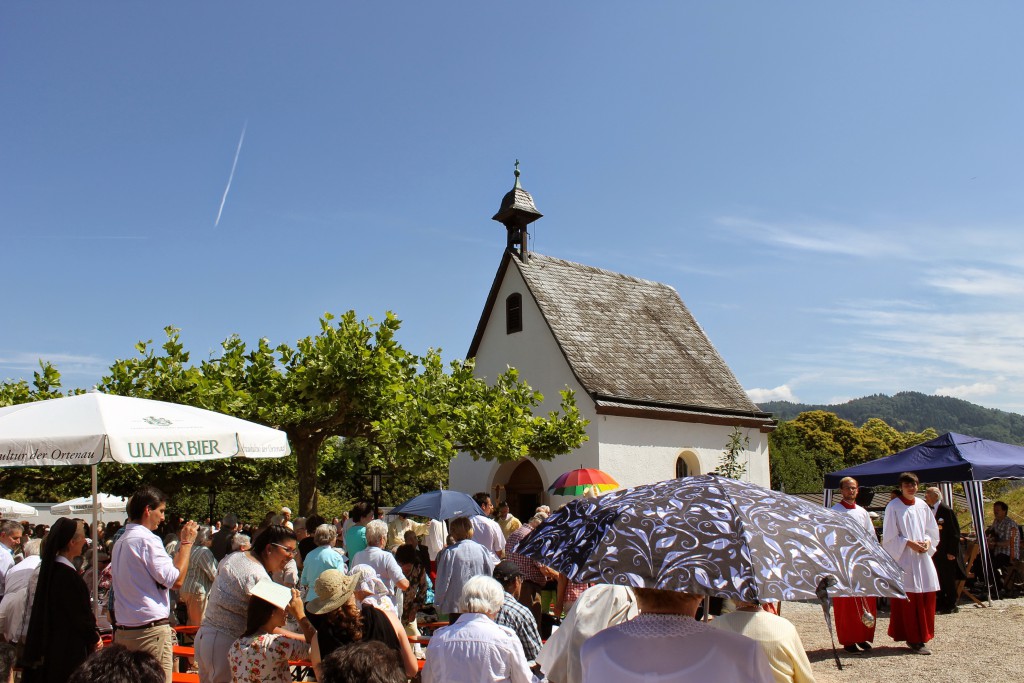 The first thing I placed was the Father Eye symbol. This filled me with great joy because of the Cologne shrine. In this shrine, the Father Eye is very important, because Father Joseph Kentenich, the Schoenstatt Family’s founder had visited it on October 30, 1966. I have carried this shrine in my heart since my youth.

In order to place the symbols, I had to get up on the altar. While the sacristan went to go to get something, I stood there, “looking at the Blessed Mother’s eyes,” and I was in dialogue with her. When had I had Mary so close and so present in the shrine? She was happy with me. In contrary to the ease of placing the Father Eye symbol, placing the crown was complicated, and it took a long time. To crown the Blessed Mother, and to give her everything and to trust that she would take care of everything is not easy, especially when I think I have to do everything alone.

Through this special “work” in the shrine, I felt I had received a great gift. Since when have I experienced a newly painted shrine and been able to help to place the furniture in it once again? Thus, the Feast of 25 March had a totally different meaning for me. I could be an instrument and “conquer” the shrine in a new way.

Sometimes we are given more than what we dare to expect and in a totally free manner. But it also needs exercise on our part, for example, being attentive to providence and to the heavenly Father’s guidance.

Truly it is God the Father who takes care of everything when we allow him to work in us and when we trust.