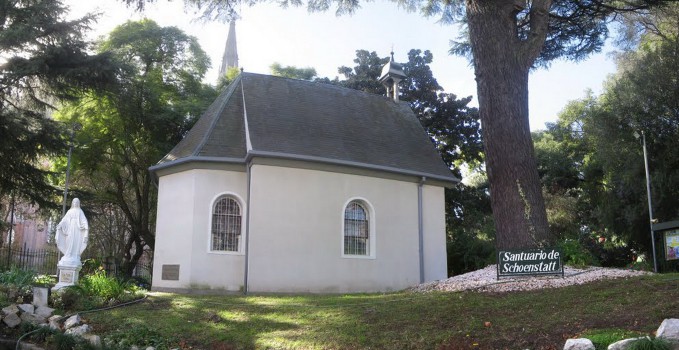 During this year, the Family from the La Plata Archdiocese will have a double celebration: on one hand we will celebrate the first fifty years since the blessing of our Freedom Shrine, and on the other hand, the first fifty years of the Father and Founder’s freedom from his exile in Milwaukee.  A celebration that could be triple, because fifty years ago, it was the Archbishop of La Plata, who in addition to building and blessing the Shrine, ordained the first Schoenstatt Fathers.  Therefore we want to share a little of our history, which is everyone’s history.

The only Shrine built by an Archbishop

The La Plata Shrine is the only one built by an archbishop.   It was 1959; at that time. Florencio Varela belonged to the La Plata Archdiocese and Archbishop Antonio Plaza decided to visit Nuevo Schoenstatt to know the Shrine.  Sister Úrsula spoke to the bishop about Father Joseph Kentenich, who was in the midst of exile in Milwaukee.  The Archbishop was interested in the subject with which he was unfamiliar; he promised her that he would take care of his rehabilitation when he went to Rome for Vatican Council II.  During 1962 and 1963, Archbishop Plaza worked in the Council along with the Schoenstatt Bishops and in1963, at Sister Úrsula’s request, he ordained Günther Boll as a priest.  During this time, the Archbishop told the Sister about his dream:  “That night after you told me that Father Kentenich was accused before the Holy See, I a saw a Shrine in the garden of my Curia, and many Sisters of Mary going in and out.”  In 1965, the Archbishop wanted to offer the Blessed Mother a Shrine as the price for Father’s freedom:  everyone was convinced that when the construction was finished Father would be free.  On January 20 of that year, the leveling of ground began, and that same day, the community of the Schoenstatt Fathers gave the picture of the Blessed Mother for the Shrine of La Plata.  On March 11, in the presence of Archbishop Plaza and all the Sisters of Mary, the excavation of the foundation began.  Two days later, in a touching and unique act, the Sisters went into the excavated foundation, forming a chain and expressing with this gesture that they wanted to sink themselves in the dirt as the ransom for Father’s freedom and for the fruitfulness of the Shrine. 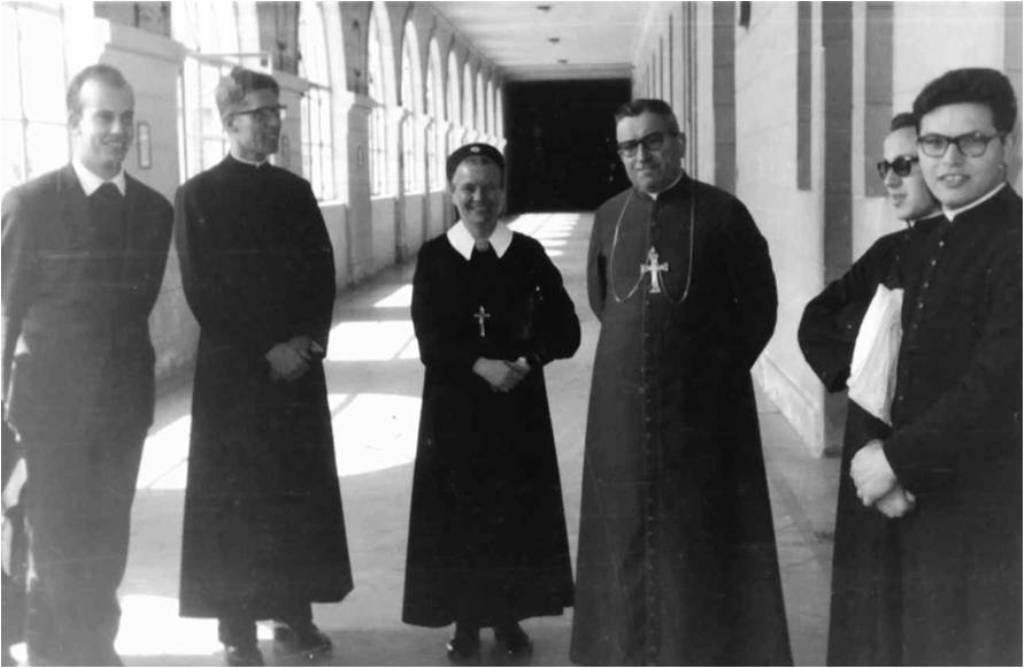 “Symbol of the entire Work’sinsertion in the Church”

On May 30, the Sisters went on pilgrimage from Buenos Aires carrying all the contributions that were offered to the Capital of Grace as a cornerstone.  They placed a document and the prayer that they prayed at that moment within the walls of the Shrine that already marked the mission of the future Shrine:  “…That this Shrine be a symbol of a profound insertion of the entire Work in the Church…We prayed not only for the spiritual growth of our diocese, but also that the Schoenstatt Work would flourish in La Plata, and that it would bring abundant fruits in the shadow of the Cathedral.”

On August 15, 1965, at 3:30 p.m., Archbishop Plaza blessed and inaugurated the Shrine by celebrating the first Mass in it.

In the shadow of the Cathedral 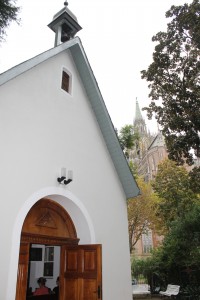 Our Shrine has some original things that make it unique:  it was not born through thewill or vocation of the Family, but it was the Archbishop’s decision, moreover it was built in the garden of the Curia of La Plata.  Nevertheless what truly makes it unique is that it is in the “shadow of the Cathedral,” making its foundation very profound marking the insertion of the Schoenstatt Work in the Heart of the Church.

A month later, September 15, the Sisters received a telegram announcing that Father had been called to Rome.  On October 31, they made another pilgrimage on foot from Florencio Varela to the La Plata Cathedral. They carried chains in their hands as a symbol of the chains that had to be broken in order to free Father and the Work.  Upon arriving at the Shrine, they offered the Blessed Mother the sacrifice of the heroic march.  Upon returning to Nuevo Schoenstatt, Sister Úrsula received a telegram stating that Father had been freed.

We are filled with joy to celebrate these events as a Family.  They are undoubtedly the center of all the work of the year.  This implies not just to celebrate; but to also renew our mission– that of the Family and of the Shrine– and to project ourselves toward the future toward the next fifty years. This renewal signifiesassuming the commitment of taking Father’s life of freedom, a freedom that we make effective in our daily living, realizing “the ordinary in an extra-ordinary way.” It is our mission, and it is well known that “when one has a mission it should be fulfilled: knowing with absolute certainty that‘Mother will take perfect care’.” 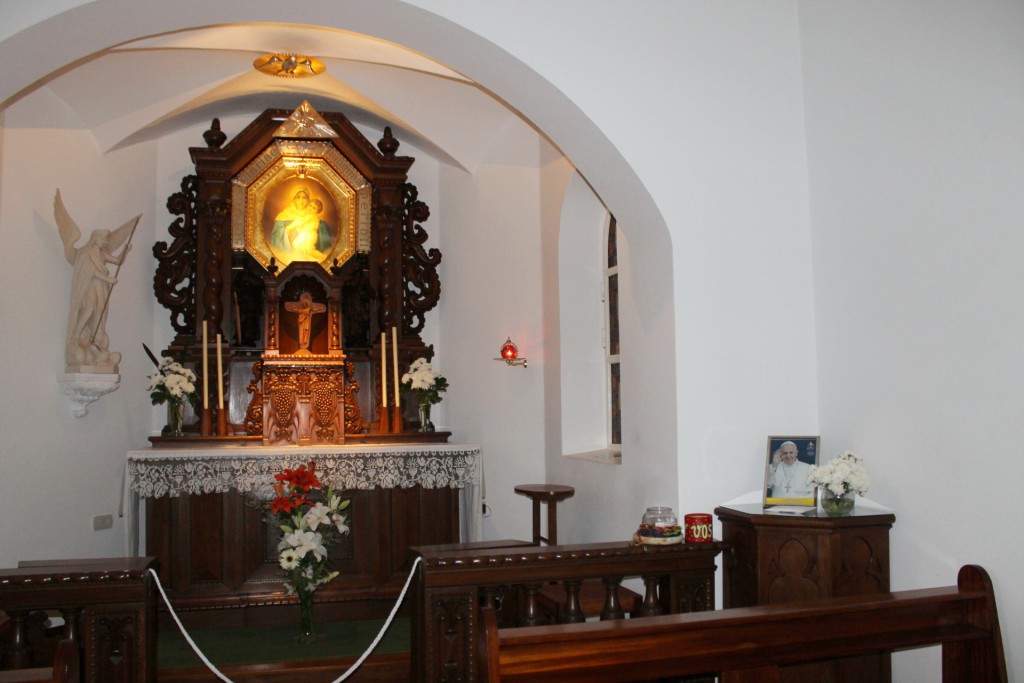