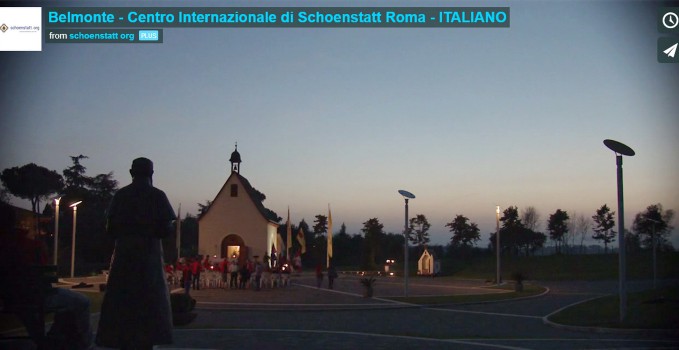 The best part is at the beginning: several minutes of original shots of Father Joseph Kentenich’s visit to the grounds of Belmonte in 1965 or 1966, when a great deal of imagination was needed to figure out that a Shrine and house for workshops would someday be on this hidden land, and that Schoenstatt would selflessly and humbly offer its richness to the Church. Great imagination or great faith and still a greater vision! His vision!

The best part is at the beginning and instead of an impressive finish at the end of the movie? Matthias Jehle, the producer of the film, clearly said no. And he is right. Because Father Kentenich’s visit to Belmonte was the beginning. But one must not be satisfied with that, of comfortably settling into a chair and thinking: that was really good! 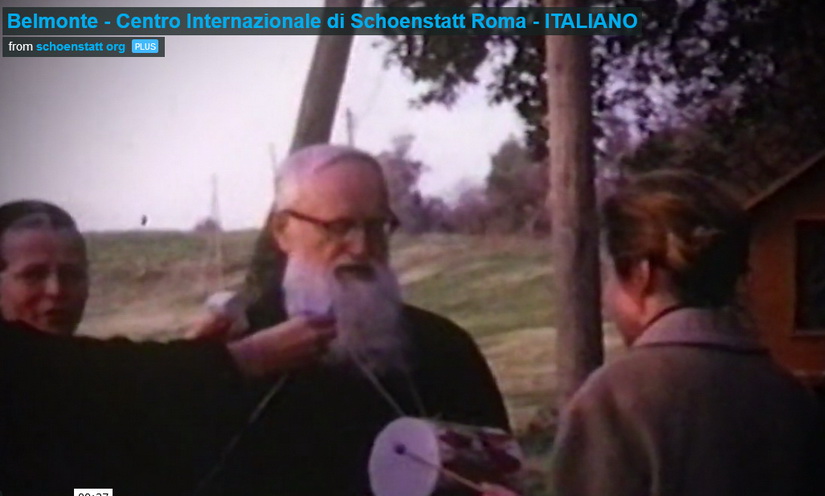 Because what emerged from there is truly exciting. And that is decided in the present, and as the Rector of Belmonte, Father Daniel Lozano says, “it is in our hands.” In the hands of this Jubilee generation, in this generation of Francis’ papacy, this generation that constitutes the beginning of a new Schoenstatt century. “Only we have the opportunity to do something…or to abandon it competely,” one of the youths said.

Thus the movie does not end with the original images that were so carefully collected. Nor does it end with the wonderful scenes of the blessing of the Shrine ten years ago (which are truly beautiful and evoke so many “Do you remember…?). It ends; it culminates with the present. With photos of the young Fackellauf runners in Belmonte, with aerial shots of the Shrine, and the large grounds that surround it: a large, broad, open space that is an invitation to do something on it. “Let us build Belmonte. For him. Let us build the Church according to Pope Francis’ heart.”

It is only possible: together

The movie is six minutes and thirty seconds long; it is appropriate to watch it once in a while in a quick way, to be used as a motivation at the beginning of a group meeting or another kind of meeting, or to include on your own website. It is available to be downloaded free from the Vimeo of Belmonte channel, in German, Spanish, English, Italian and Portuguese.

Its origin is a good example of what Belmonte constantly shows: we can only do it together! The pictures were taken by Claudia Echenique, from Argentina and Matthias Jehle, from Germany; Father Oskar Bühler has literally moved heaven and earth to obtain the recorded pictures of Father Kentenich’s visit with some of them reaching the greater public for the first time through this movie. The commentators recorded their texts on MP3 in Cape Town, Madrid, Rome, Cologne and Lisbon and they sent them to Matthias Jehle after the team of schoenstatt.org translators did their work. The movie has been ready for almost a month; it was made known last week in the new Belmonte newsletter and it has been well received.

What happens now is…clearly in your hands! As everything is.

Belmonte as Envisioned by Joseph Kentenich. As a hard copy and E-Book.