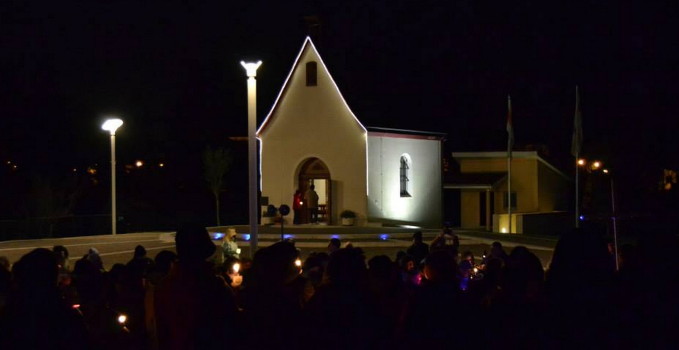 Way of the Cross by the Selva Cándida deanery at Belmonte

Just as in former years, the Way of the Cross was held by the Selva Cándida in the deanery on the grounds of the Schoenstatt Center in Belmonte, as part of Pope Francis’ call for 24 hours with the Lord. It began in the shrine, and after traveling throughout the grounds for the thirteen stations, the Way of the Cross’ 14th station ended in front of Santa Gemma Church.

The cross and the shrine shone in the darkness of the Roman Spring night showing the way to God’s pilgrim people.

Everyone was invited to participate in the night of Adoration and to receive the sacrament of reconciliation according to the Pope’s suggestion. There were so many people that they all did not fit in the church.

From the “shrine of all of us”

During the same week, a Missionary Marian Week was held at the Tor de Cenci parish, south of Rome. Sister Yvone, Sister M. Vera-Lucia and the rector Father Daniel Lozano collaborated in it.

This week Bernhard Pawelzik (Schoenstatt Institute of Diocesan Priests) was here with a sister and eleven youths from the Freiburg Year of Orientation. They were in Rome most of the time, but the time that they could be here, did them much good,” reported Father Georg Egle, who is presently at Belmonte with the Rector Daniel Lozano and Father Frantisek Mirasek.

With contributions of David Russo and Father Georg Egle. 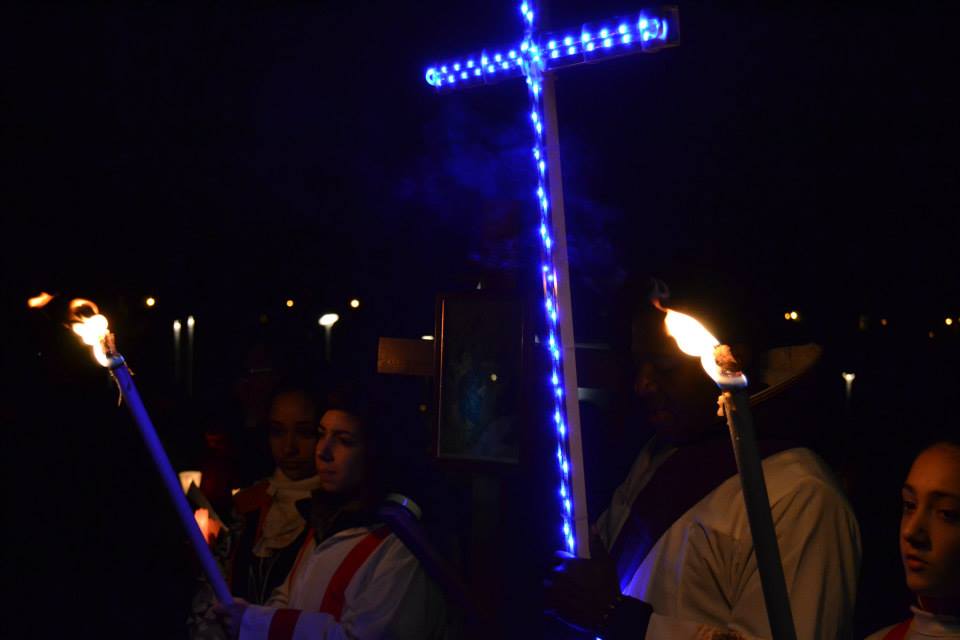