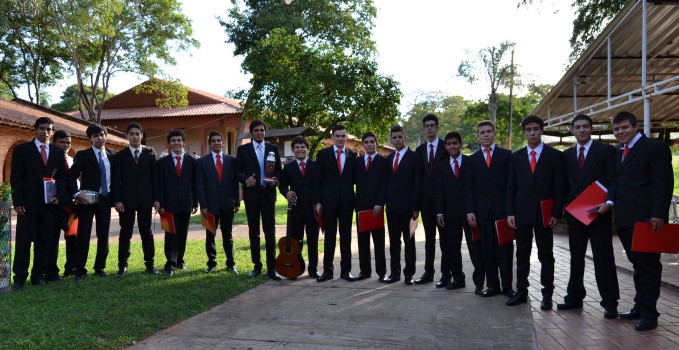 “This is a beginning; it does not mean that they are going to be perfect from one day to the next, obviously you will fall, but the important thing is not to fall, but instead, to get up and begin anew, and in this process, the help of the Family and the Branch brothers will be a great help…” This is how Father Oscar Saldivar, the new adviser of the Boys’ Youth of the Diocese of San Lorenzo, motivated the fifteen boys of the Boys’ Youth in his homily. On 15 March in the Shrine of Tupãrenda, they were making their consecration as new men during the Branch Mass.

This year promises to be one of much apostolic work, such as strengthening the existing groups of the Boys’ Youth of the diocese. They are present in a total of four areas: Itá, Capiatá, San Lorenzo and the headquarters of convergence in the Tupãrenda Shrine. There are a total of fourteen groups in the entire diocese.

This group of fifteen members is called Legión de Fuego [Legion of Fire]; they have been together a little more than a year, with two leaders: Sergio and Victor. It is the first group that was consecrated in 2015 and it marks the beginning of the “congregantes del nuevo siglo” [“sodalists of the new century”], who want to train themselves as new men for a society that needs people, who are convinced of their principles and who “will impose themselves” when it is time to defend their rights, such as life, freedom, and the principles of the Catholic Church. 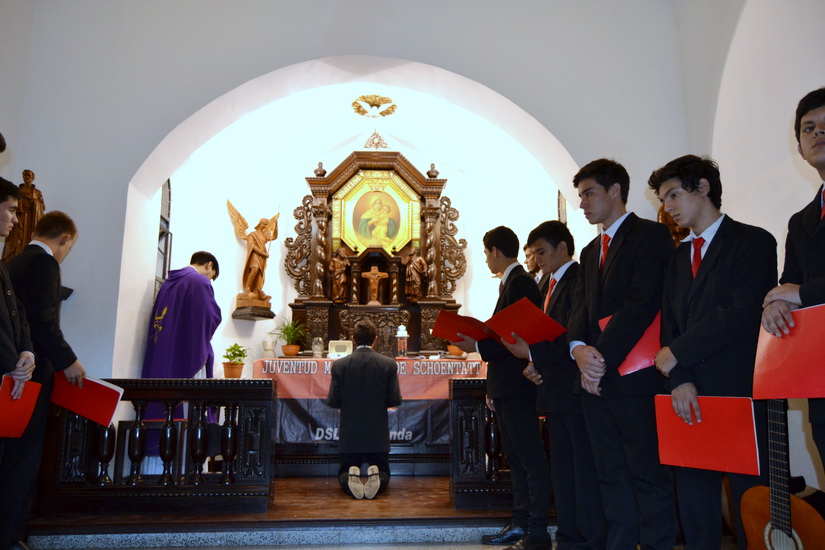 Schoenstatt wants to be an answer for our time, and on one hand, it is going to depend on the great effort of its instrument, the fervor with which they live their convictions, and undoubtedly, we could not do anything without the sublime presence of Mary in the Shrine. She elevates the prayers and petitions to the Heavenly Father, her favorite phrase can be summarized with: “Do no worry about the fulfillment of your desires. I love those who love me. Prove to me with deeds that you truly love me (…)”

“May we not be judged by the coming generations? Will we reach the goal that we have proposed?” 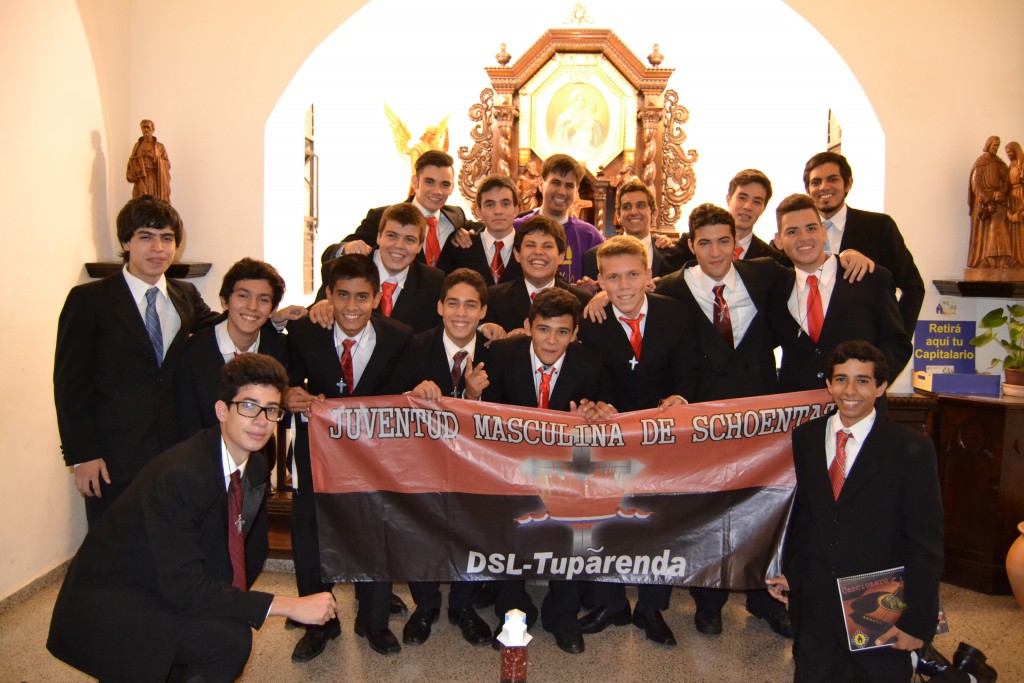