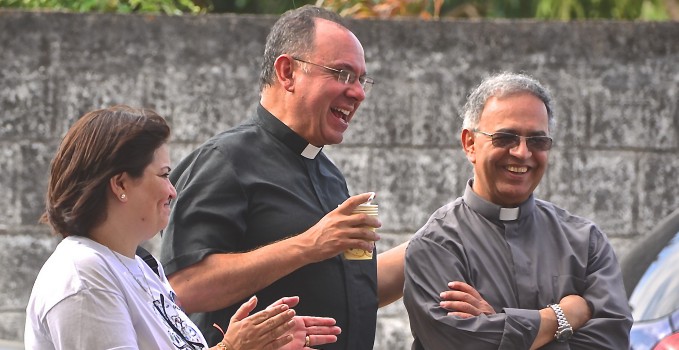 This year the traditional annual Family gathering was marked by a change of advisers. After almost ten years of untiring dedication to the Movement, Father Guillermo Múzquiz gave way to Father José Luis Correa as national adviser.

On March 15th, the Schoenstatt Family from Costa Rica celebrated their traditional annual gathering at a beautiful estate outside of San José. It was a day to celebrate the joy of belonging to this large Family. It was a festive gathering where members from all the Branches participated: Family work, Ladies, Youths, Pilgrims…in an encounter of brothers/sisters in which adults and young people could enjoy the grounds, the swimming pool, delicious traditional meals and many activities together. 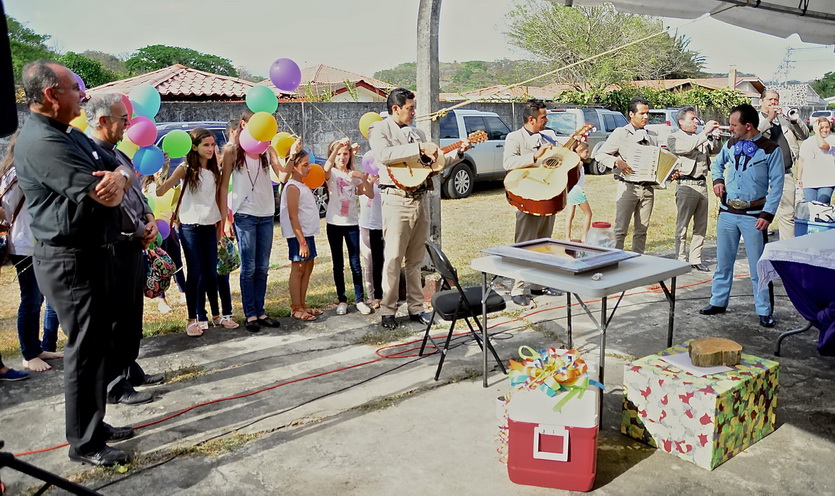 Upon having dedicated himself to supporting and developing the Costa Rican Movement for almost ten years, Father Guillermo Múzquiz’ farewell was experienced with special intensity and endearing affection. His presence filled the participants with emotion, as well as with the welcome of Father José Luis Correa, who was appointed as the national adviser by the community of the Schoenstatt Fathers. He was welcomed heartily by all.

The gatherings participants held a lively raffle before the celebration of the Eucharist. Some of the participants had the good fortune of receiving prizes from Father Guillermo’s and Father José Luis’ hands. Joy and a pleasant atmosphere once again reigned in the Costa Rican Schoenstatt Family.

The diocesan coordinators, Nella and Manuel Emilio, expressed gratitude to Father Guillermo for his untiring work for so many years, and for giving himself entirely to the Costa Rican Family: “You have given the last drop of your blood, just as you told Cardinal Errázuriz upon requesting to enter the Schoenstatt Fathers’ community”. Undoubtedly he leaves a very great legacy and his effort is reflected in the many, many fruits that the Blessed Mother has given the Family from Costa Rica. The heartfelt tribute ended with some rancheras sung by a very entertaining group of mariachis, which recalled Father Guillermo’s Mexican origin.

Goals: a Shrine in Costa Rica and support to the nascent Schoenstatt Families in other Central American countries

Holy Mass was celebrated outdoors, and it was marked by the afternoon colors; it was the occasion to introduce Chilean Father José Luis Correa to the Family. His words touched everyone’s hearts, and he pointed out the mission for the coming years. “The Blessed Mother asks us more than ever to work to build a Shrine in the land of Costa Rica, and we should take Schoenstatt to other countries of Central America,” he said.

Besides Puerto Rico and the Dominican Republic, where Schoenstatt has existed for years and there are Shrines, the Movement is emerging in several other Central American countries with groups and with the Campaign as articles on schoenstatt.org have demonstrated: in Panama, what Father Esteban Uriburu sowed years ago continues to exist, in Nicaragua, where recently some youths have begun with the Pilgrim MTA, in Guatemala, where there are several home shrines and much life in Esquípulas, in El Salvador, in Honduras… “With the attitude of setting out beyond our borders, in missionary responsibility for Central America,” is what Father José Luis proposes as a goal, fulfilling Holy Father Francis’ request to set out. “We have the same concept to have Costa Rica as a base to empower Schoenstatt in Central America, and we talked to José Luis about it,” Nella and Manuel Montero commented.

After the Eucharistic celebration, the pioneers presented the sword to those who had the honor to receive it. In some Spanish speaking countries, the pre-adolescent boys in the Movement are called pioneers. One of the most important symbols of the pioneer is the sword; they have to conquer it, usually during the camps. Those who conquer this symbol are presented with a wooden sword. The sword is obviously understood in the Christian sense, and it evokes the apostolic spirit, as Saint Paul symbolizes in the Shrine by carrying a sword. For the pioneer, the sword is also the symbol of Christ’s cross since it has the same shape.

The gathering ended with the same joy with which it began and with the immense gift of the presence of the Schoenstatt Fathers, who undoubtedly will mark the direction of Schoenstatt history in Costa Rica. 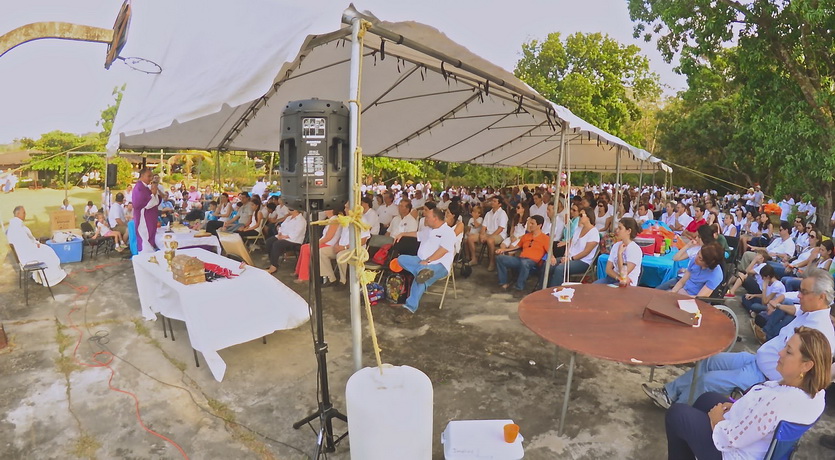