What is lost is found – rejoice! 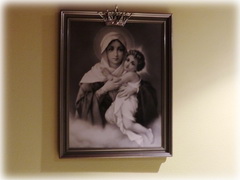 ENGLAND, Fr. David Musgrave. On 18th April 1968 the founder of the Schoenstatt Movement, Father Joseph Kentenich blessed a MTA picture in the shrine of House Regina, Schoenstatt, Germany. It was a black and white version in a simple frame. Holding the framed picture for the Founder to bless it was Mary Jordan.   She was a member of the Secular Institute of Our Lady of Schoenstatt and the first from England. In many ways she stood as a representative of the Schoenstatt Movement that as such still had to be founded in the British Isles.

Jesus said: suppose a woman has ten silver coins and loses one. Doesn’t she light a lamp, sweep the house and search carefully until she finds it?

And when she finds it, she calls her friends and neighbours together and says, “Rejoice with me; I have found my lost coin.” In the same way, I tell you, there is rejoicing in the presence of the angels of God (over one sinner who repents).’ Luke 15: 8-10

It is this year-date of 1968 that is to be seen today on the light frame of the MTA picture in the shrine at Kearsley, Bolton in England. A reminder of a hope, a dream and a reality for the future. 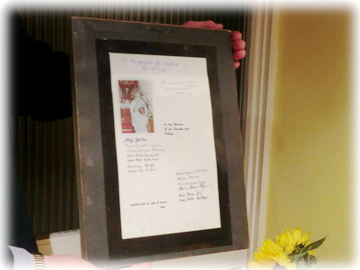 A photograph of this auspicious yet simple occasion is to be found on the reverse side of the black and white picture with a number of signatures including that of Mary Jordan and Maria Elisabeth Jungmann, another member of the Institute, who lived out her life here in England too.

In addition it bears a simple statement in Latin originally from St Ignatius of Loyola and hand-written by Father Kentenich: Ite incendite mundum (England). Non sine sanguine.Go set the world on fire (i.e. England) (but) Not without blood. Mphc JK

Eventually this picture together with Mary Jordan would come to England and serve as a marker for a seed to take root and grow. And it did!

The seed was sown 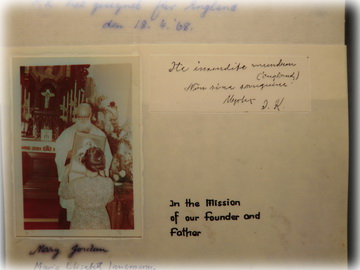 In the late nineteen sixties an “accidental pilgrimage” from Bolton of young people under the guidance of Father James Rawson took place. Accidental? Yes! in as far as the original trip of young tourists sight-seers in Germany ended up in Schönstatt in the town of Vallendar somewhat lost and endeavouring to find overnight accommodation.

The seed was sown, to be followed in 1972 by the first official pilgrimage of young families to Germany.

Eventually the picture found a home at England’s first dedicated house in Chamber Road, Oldham (part of Greater Manchester) and was much honoured on various and many occasions.

A coin of much value was lost and is now found

When the eventual move to the permanent Schoenstatt pastoral centre here in Kearsley took place this picture got lost. And so it remained until the week of the Solemnity of the Assumption of Our Lady 2012 when it was re-discovered among many other discarded frames and pictures in a back cupboard of the sacristy of the parish church. This now precious framed picture in the meanwhile bearing a crown is now suitably hung in a worthy manner and place for all to see and cherish once again.

A coin of much value was lost and is now found. Rejoice with us. 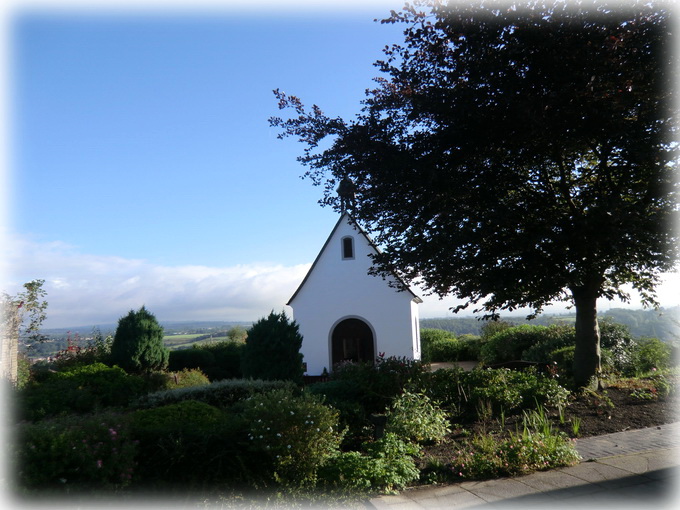