Prayer Vigil in the American Shrines for Fr. Jonathan Niehaus 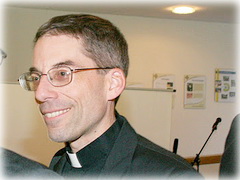 USA, Marge Fenelon. The SchoenstattMovement in Milwaukee is organizing a Eucharistic Vigil to be held in the Shrines throughout the country during the funeral and burial of Fr. Jonathan  Niehaus (Monday, January 23) so that those who cannot attend the funeral may still accompany Fr. Jonathan and the Niehaus Family spiritually.

There will be a Mass of Thanksgiving for Fr. Jonathan’s life at the Schoenstatt Center in Austin, Texas on Sunday, February 12 at 11am CST.