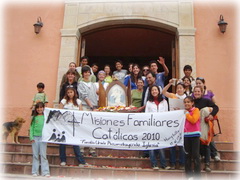 CHILE/BOLIVIA, JF. Mission Bolivia is a Girls’ Youth apostolate from Santiago Cordillera that was born as the response of a desire to serve the Movement by responding to the call to contribute to building a new social order in Latin America.

While the poverty of the Latin American countries is not resolved, Schoenstatt has not fulfilled its task 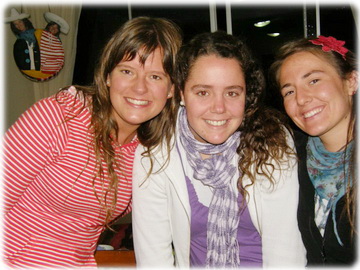 For us the words of our Founding Father resonated. One year before his death, he adamantly said, “While the poverty of the Latin American countries is not resolved, Schoenstatt has not fulfilled its task,” this added to the call that was made to the laity in the final Aparecida Document in regard to the preferential option for the poor has impelled us in the search for a way to make a contribution, not only in our society, but especially to the Church. The key was also the awareness of what the Movement means to each one of us, and how this can be an enormous contribution to overcoming poverty socio-economically as well as spiritually. In this way, we believe that we can contribute to a new social order, since as Cardinal Errázuriz stressed in a homily, “Latin America and the Caribbean can only find just solutions to the problems by placing God in the center, and walking toward a future of hope.” 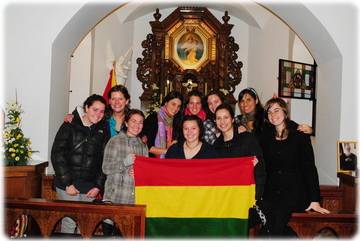 The Sisters of Mary were asked by people in La Paz, Bolivia to send a couple of youth to help in the Girls’ Youth camp from Achumani, and so we decided to accompany the Sister/Advisor.

It was a privileged time full of blessings. We were awed by the loyalty of the youth, their ability to unite different worlds and realities, their welcome, their humility, and their simplicity. We realized what a great gift the Chilean Movement is, and that this now becomes the task that we feel we are called to share trusting that the loyalty of Mary will sustain us.

In what does it consist? 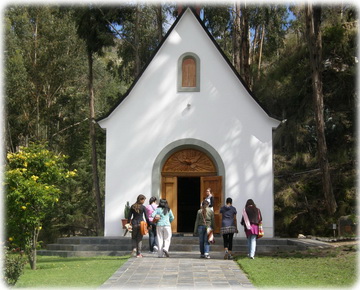 The objective of our Mission Bolivia is to interpret the will of God and to have the Shrine – our Cenacle – as the center of our action, focusing on selfless service to each person, emphasizing being a woman and on evangelical Marian poverty as an ideal of life. In this way, we seek to contribute to Father’s mission of taking Schoenstatt to the Latin American people and responding to the call of the Church in Aparecida to the Continental Mission.

The mission was planned as a succession of teams. Each team would be composed of three youth from the Schoenstatt Girls’ Youth, who go to Bolivia for approximately one semester, so that they can generate a stable, permanent, and continuous contribution to the La Paz Girls’ Youth and ultimately to found the Santa Cruz Girls’ Youth as well. In respect to the desire to work with poverty, there were open doors in relation to the Rainbow Foundation. Additionally, we determined the possibility of an exchange of Branches in the Catholic Pontifical University of Chile with the “Saint Paul” Catholic Bolivian University thereby making entering the college world a possibility. 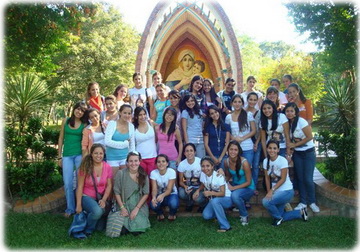 Three teams have already served the Movement in Bolivia; each one with its own originality, and to which a fourth team departed during the month of August. The three first teams were composed of Catalina Lecaros, Denisse Smith, and Loreto Ortúzar, followed by María Paz González, Teresa Abarca and Fernanda Gutiérrez, then by Luz María Willumsen, Milagros Vergara, and Luz María Cruchaga. And now Magdalena Prieto and Ximena Guzmán are in Bolivia. Besides our main work with the Girls’ Youth, we are working with the Rainbow Foundation with those in most need. We are attending the Catholic University of this city to better understand the Bolivian culture and to insert ourselves in the world of the youth.

Along with supporting the organization and spirituality of the youth, strong attachments have been created between the missionaries and the girls by supporting their camps and all the initiatives that come from them. Within the initiatives, Family Missions have been carried out during two periods in the sector of Huajchilla and area close to La Paz. Couples and members of the Boys’ and Girls’ Youth participated in this Mission. It was a great experience among the different members of the La Paz Family to work together and to share ideals from Schoenstatt with the main focus of serving the Bolivian Church.

At the service of the Movement in Bolivia 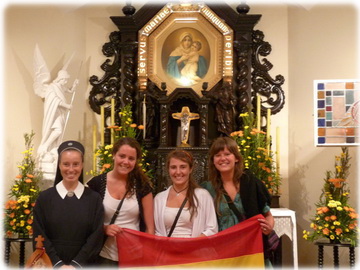 Then, there has been a current of work life in the city of Santa Cruz. Invited by the Movement from the city, the last two teams traveled in La Paz at times marked within the span of six months. The missionaries began a work that generated immense vitality in the Girls’ Youth of the area. It has been impressive to see the eagerness of the youth from Santa Cruz to learn more about the Schoenstatt spirituality and to invite new girls to join their activities.

It has been an immense gift for all the missionaries to have the experience of being at the service of the Movement in Bolivia for six months. Along with the friendships, experiences, anecdotes and learning experiences, the most important things are the attachments, the profound experience of the style of Marian poverty, and the profound encounter with God even in the most insignificant aspects of daily life. It has been an enriching experience of community life, prayer, selfless service, loyalty, and allowing oneself to be surprised by what God wants of the Mission.

We are convinced that Schoenstatt is a response for the present day society, and we cannot stop motivating the youth close to us who believe and experience this. However at the same time, this is God’s and the Blessed Mother’s mission, and they will take charge of the fruitfulness of the Movement in Bolivia. All we must do is trust and allow them to act through us.