The Apostolic Schoenstatt Family Federation has a new international Council

M. Elisa Edwards and Ignacio Rodríguez. Representatives for the six countries gathered for their community’s Second General Chapter elected their International Directors for the next six years. Then they went in thanksgiving to the Mother Shrine and the Founder Chapel. The International Directors are: The leaders – Ramón and Marité Marini from Paraguay; first councillors – Hans and Gertrud Zier from Germany; and the other councillors – Daniel and María Teresa Martino from Argentina, and Fernando and Carolina Alliende from Chile. Substitute couples were also elected: Herbert and Hilde Fellhofer from Austria, Tomás and Flavia Santos from Brazil, and Norbert and Gertrud Jehle from Germany. 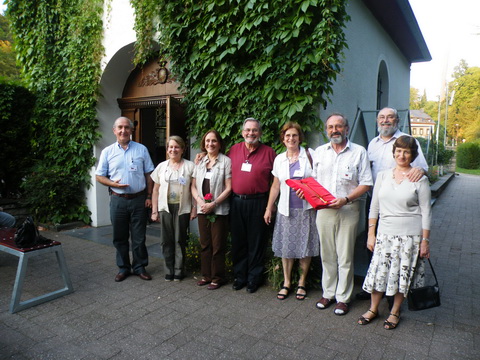 The election was held on 16 and 17 August 2009 in the Chapter Room at Josef Kentenich Hof and sixteen couples representing the autonomous Federations in Argentina, Austria, Brazil, Chile and Germany voted. Two couples from Poland also attended the Chapter.

At the start of the Chapter, the participants and their team, consisting of a secretary and translators, went on pilgrimage to the Mother Shrine and the Founder Chapel where they crowned the Blessed Mother as Queen of the Chapter.

Visit by the Bishop of Limburg 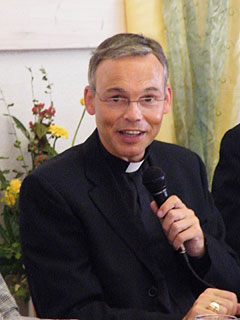 The bishop of Limburg, Monsignor Franz Peter Tebartz van Elst visited the Chapter on Saturday afternoon, the feast of our Lady of the Assumption. They gave him a presentation of their Community and offered him their work and prayers. Monsignor Tebartz inspired them to continue working enthusiastically for the family in Schoenstatt, the Church and society and gave them his blessing.

The Chapter planned and tried to discern the best way forward for their community’s development, which is currently spread throughout 17 countries. At the start of each session, they prayed for God’s will to be done and that they will faithfully follow what Fr. Kentenich had in mind for his Family Federation. Each morning, they began with Holy Mass in the Libertatae in Patre Family Shrine, located next to the house. Mass was prepared by the participants of the different countries, with the songs and liturgy in several languages. The Masses were celebrated by the assistant for the German Family Federation, Fr. Grill; the Superior General for the Schoenstatt Fathers, Fr. Heinrich Walter; Fr. Angel Strada, the postulator in the cause for Fr. Kentenich’s canonisation, Fr. Alejandro Martínez, the director of the Institute of Our Lady and Fr. Manuel Alves Ribeiro from the Priests’ Federation.

The Chapter was officially closed on Wednesday 18 August after the jubilee celebrations of the Federation’s foundation in Hoerde on 20 August 1919.