One of the most beautiful Covenant Days 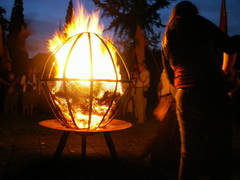 mkf. August 18, 2009 was one of the most beautiful 18th’s experienced in Schoenstatt for some time – “it was a day that gave a hint of what awaits Schoenstatt in 2014,” commented many of those who were present. A week ago, Schoenstatt, especially the valley, has been filled with people from all parts of the world. “One feels as if we were at St. Peter’s Square,” said a priest, “hearing the different languages and seeing people from everywhere in the world who are part of the large family of God.” Schoenstatt Fathers arrived from throughout the world for their General Congress that began on the 18th along with members of the Mothers Federation, Families, Priests, Men and Women who are here for the International Congress of Federations on the occasion of the 90th Anniversary of the Apostolic Federation founded in Hoerde on August 20, 1919.

Since August 19th, they have congregated “to commemorate the 90th Anniversary of Hoerde, the day that Schoenstatt was born outside the walls, that is, beyond the Congregation close to the Original Shrine. From there Schoenstatt spread to the world for the purpose declared as forging a new society based on changing the heart of present day man,” said Jorge H. Day of the Family Federation from Argentina.

What one could see on the evening of August 18th was like a small “procession of peoples” from all the “mounts of Father’s Schoenstatt Family who went to the Pilgrims’ Church that was filled with hundreds and hundreds of people from several countries including Africa, India, the Philippines (three candidates of the Sisters of Mary dressed with t-shirts of vivid colors with the picture of the Blessed Mother), all the Latin American countries, Italy, Spain, Poland (with a large group of Girls’ Youth), and Germany… 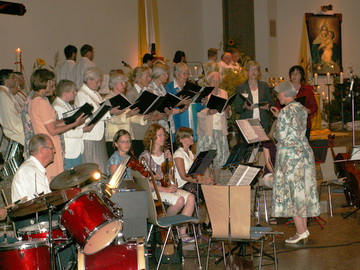 The Mothers’ Federation was in charge of the Mass; they had been in Schoenstatt since last Friday for their International Conference. The excellent choir accompanied by organ, guitars, flute, violin, and percussion made everyone sing in German, English and Spanish. The entire Mass was transmitted live via schoenstatt-tv and those who missed it can still see in the media center at schoenstatt-tv Father Daniel Jany from the Argentinean Federation of Priests preached in Spanish, while those who did not understand the language could follow the homily thanks to the text translated into German and English that was distributed at the beginning of the Mass. The Mass was presided by Father Egon Zillekins – who greeted everyone in Spanish, German and English – and the Mass was con-celebrated by more than 100 priests, among them were the participants of the Congress of the Schoenstatt Fathers and many priests of the Federation. 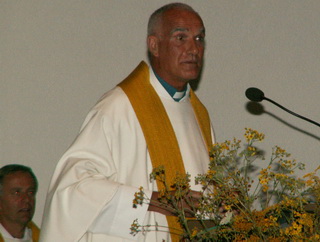 Father Daniel began his homily with a story: “A presbyter entered the church with a torch in his hand and a receptacle of water in the other. The people asked in amazement, ‘What is he doing?’ To which he responded: ‘I would like to extinguish hell with the water and to inflame Heaven with the torch.’ Again the people asked: ‘Why?’ ‘I would like man to love God without anguish or fear of hell and without the pretension of a prize in Heaven.'”.

“We have a name for the attitude that is sought here”, said Father Daniel: “Magnanimity.” The entire Schoenstatt work is built on this magnanimity, he added, and he stressed that in this magnanimity we have the most important key with which to respond to the challenges of the new times, to configure the Church on the new shores. It is the human side of the great fundamental law of the Universe, Love: Everything for Love, everything through love, everything for love, “or also: the Divine Will of communicating.” .

The Bridge to the source

This phrase especially touched those who have dedicated themselves for some time to the subject of Schoenstatt communication and precisely who on this 18th gave the Blessed Mother, Father, and the Schoenstatt Family the completely renewed schoenstatt.de web page. “This is the place of encounter for the entire universal Family, where the streams of life flow and return enriched,” was one of the first comments that appeared on the web page; “the bridge to the source” as Perla Piovera of the Women’s Federation from Argentina called it. She was one of the presenters at the Federation Congress. 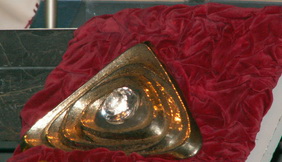 In his homily, Father Daniel also explained that through the subject of magnanimity we are before one of Father Kentenich’s main objectives, and he presented some of Father Kentenich’s texts extracted from the book, The Sources of Joy, Conference ? 10. Father Daniel commented, “We could say, that justice as a fundamental law and fear as a motive is a human attitude in general, and it was preponderantly the fundamental human attitude of humanity until the Modern Age. But magnanimity corresponds to the newest shore of time that grows from being conscious of the Love of God, and it should reconfigure our hearts. We are before Father’s great prophetic mission that wants to free people from their fear and lead them to love God who is Father, who is Love, who is Mercy, and who touches our hearts with so much love, hoping to awaken ours to his – in freedom.”. 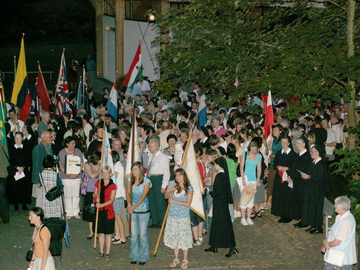 After Mass everyone went in procession to the Original Shrine accompanied by prayers in several languages, putting what we heard in the homily into practice, by making time to greet so many friends (with shouts and embraces) between prayers and songs…

Hundreds of people from all nations representing the entire Schoenstatt family surrounded the Original Shrine and renewed the Covenant of Love at this place that is one of the holiest in the world for them.After that, the Capital of Grace was offered at the bonfire to the beat of songs from Poland and Latin America. Then many went to the Original Shrine once more.

The 19th Course 19 of the Federation of Families from the Tucumán, Argentina, which had travelled to Schoenstatt together to participate in the Congress of the Federations – highlighted this very blessed day by singing to the Blessed Mother in Original Shrine until the doors were closed… 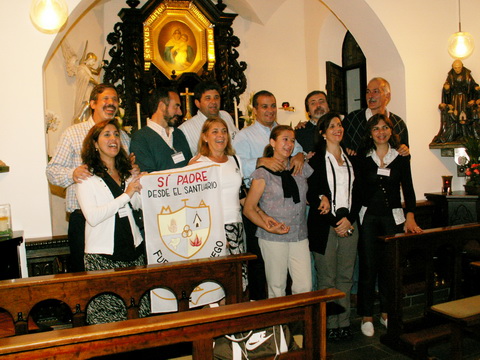